Last year during the Cincy game there was a cluster of Cincy fans above the Club Section at TDECU. They kept mocking our fans and being very rude/loud. I hope we kick the **** out of them tonight and I hope they get left out of expansion.

Only Cincy could ruin chili and spaghetti individually, and then put them together and ruin all of food as a whole.

One of the oldest football stadiums in the world and they still haven’t made it much bigger than 40,000. What are they doing up there?

They keep saying Tubberville thrives on being the underdog in big games. Does that explain why he’s run away from both Auburn and Texas Tech?

What is the Queen City the queen of? The fairies?

Their only football success has come when all the other good teams leave the conference they’re in. They only got into the Big East because of basketball.

Where did they learn to spell their name? That’s the dumbest way to spell Sinsinatty. It’s not even a real word.

I would try to hate on Cincinnati, but it is Cincinnati. Aside from Skyline chili(whatever that mess is called), I don’t have no real animosity towards them. Even, when they play us in collegiate or professional sports. It is Cincinnati! Say no more! Lets just say I rather not visit the place because it doesn’t have anything for me. Kudos to the folks that call that place home. I once knew a girl from there, she said the best decision of her life was moving to Houston. lol! 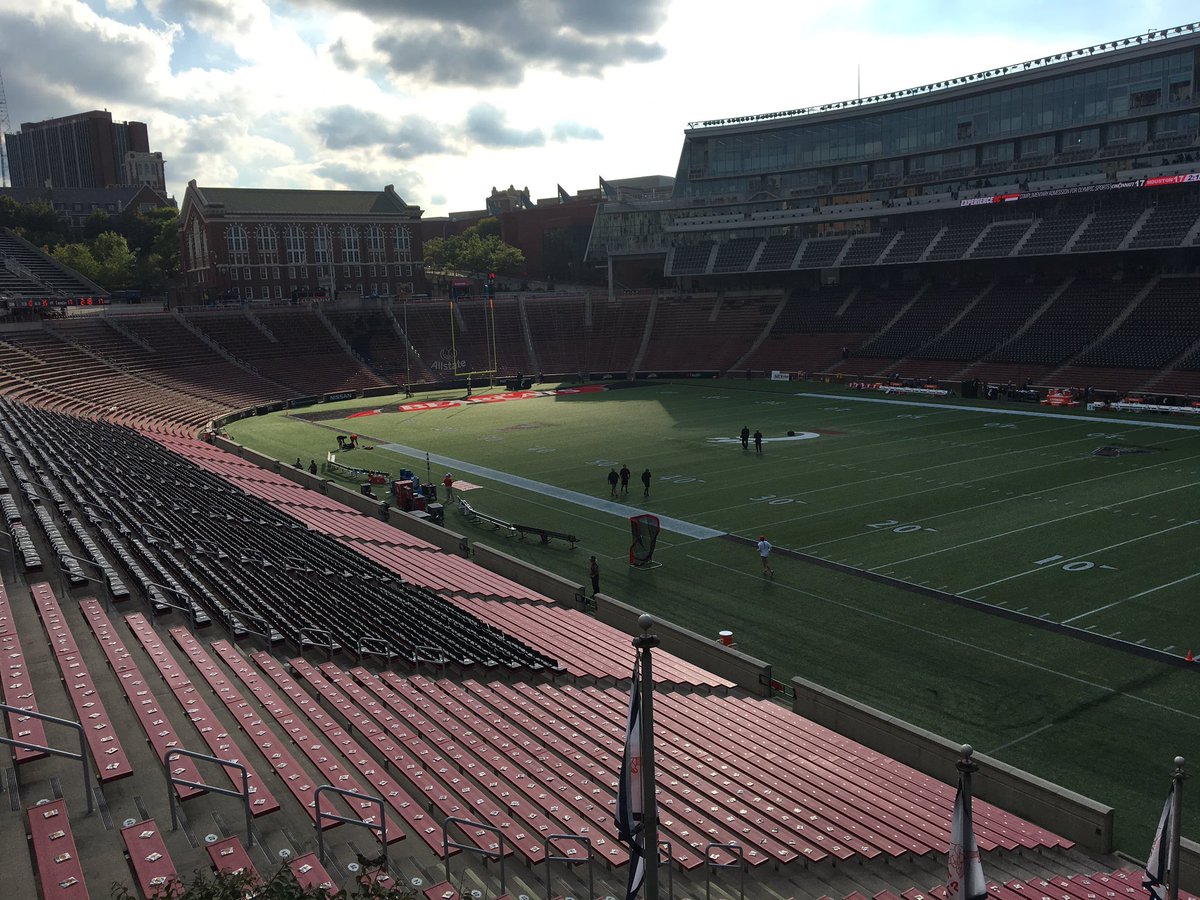 I actually love Cincinnati chili. But it ain’t even close to being chili. It’s like calling “pie” a “cake”.

Did this up for some other guys last night: What they need to post is a pic of their fans fleeing the game in the 4th after Cougars took a 16 point lead. After the next interception their fans weren’t fleeing, they were clawing over each other to run away from the debacle.

I had the same thoughts…

One picture was indeed worth a million words. Those shots of the Cincy fans literally looked like teeming rats fleeing a sinking ship. It was pitiful. I’m quite sure the UC team could see the massive flow of fans headed for the gates. 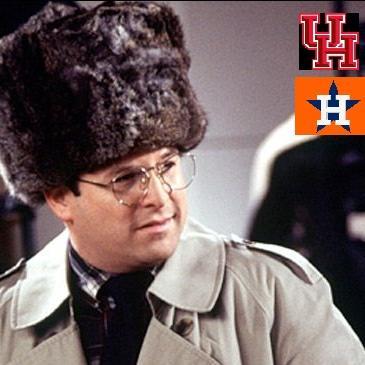 When Harambe gets avenged in your own stadium. https://t.co/To8RaLJmil 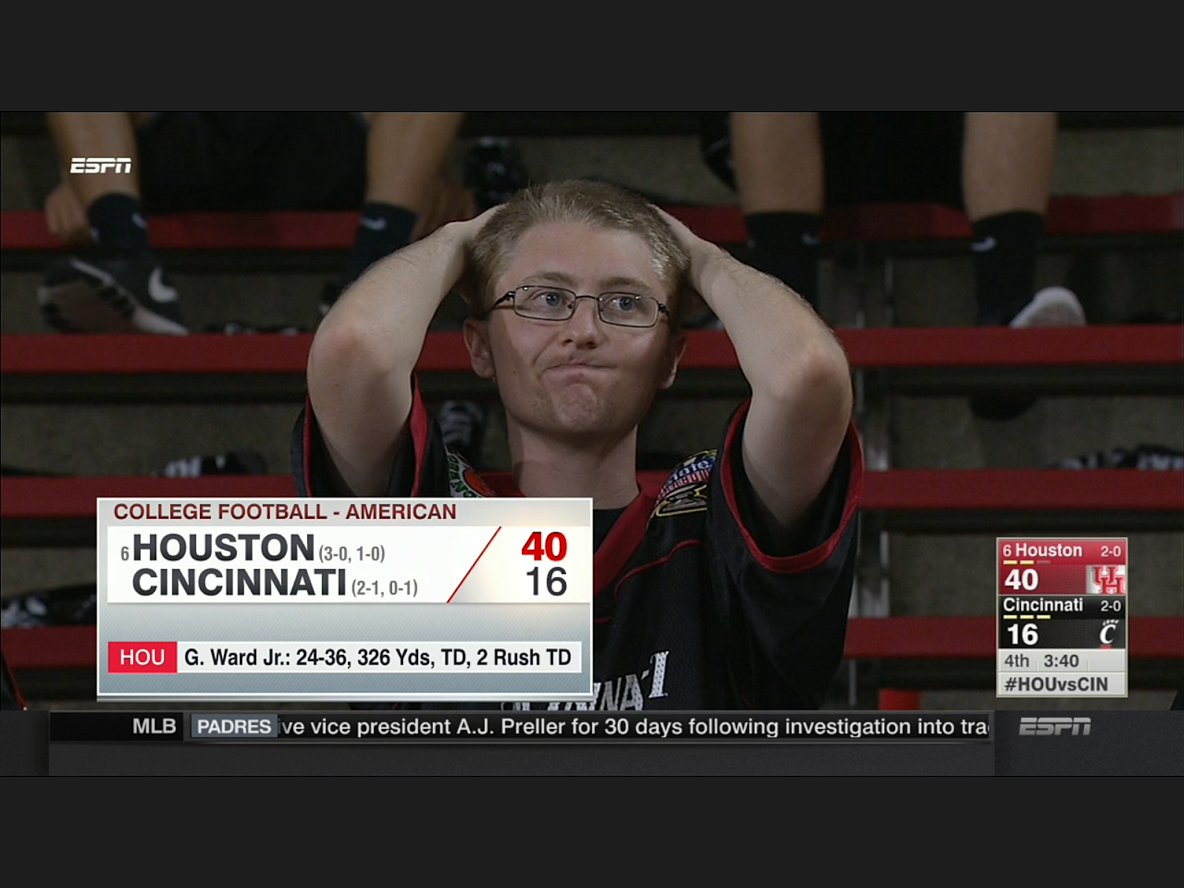