The Athletic has new piece on what assistant football coach interviews are like. Here’s an interesting excerpt relevant to UH fans along with the link to access the full article (paywall): 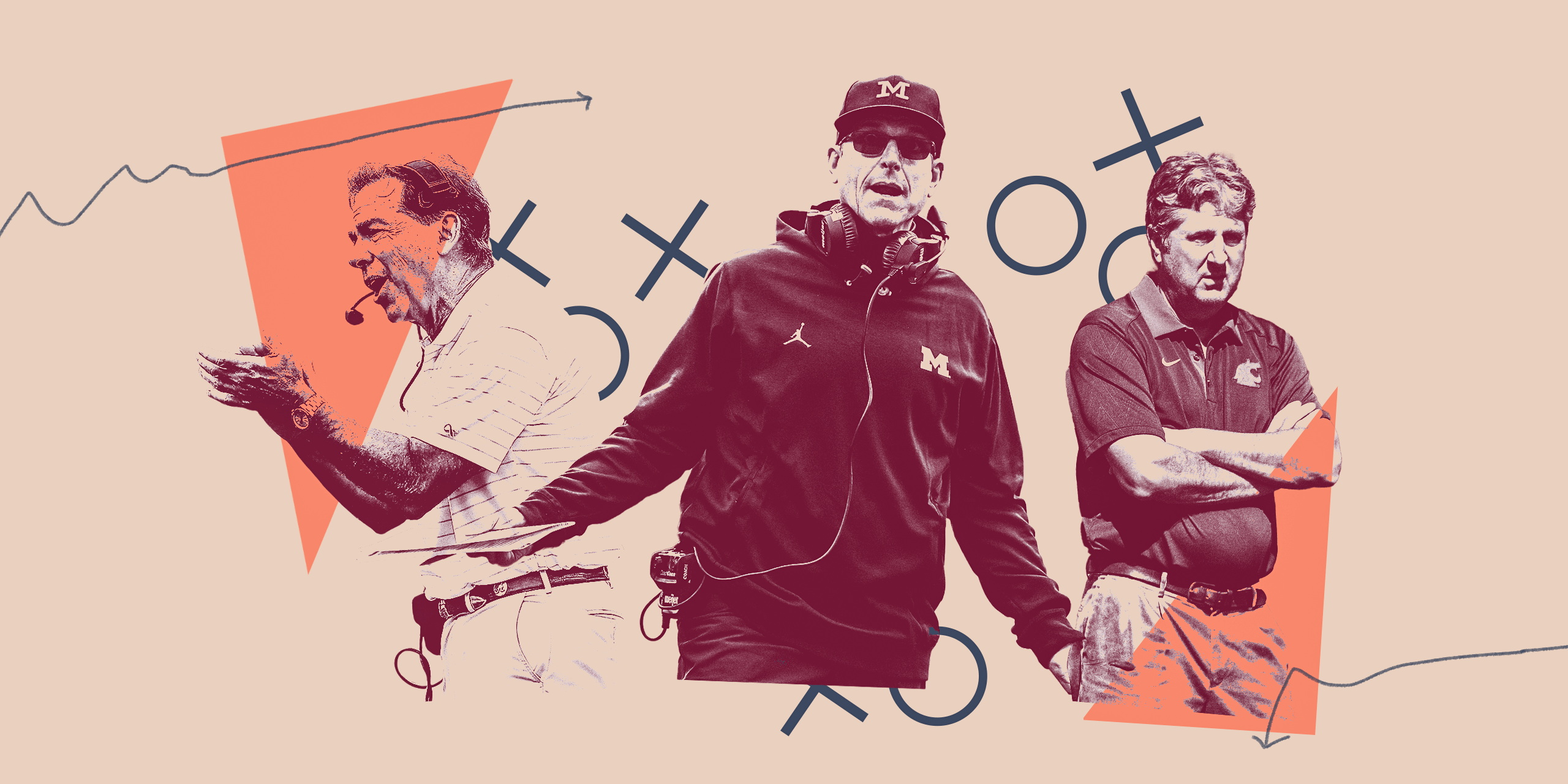 The quirkiest process in football: How head coaches fill out their staffs

The college football coaching interview process is often as wild as the schemes that are sometimes drawn up in these meetings.

One of Sumlin’s first big hires as a head coach occurred after his offensive coordinator at Houston, Noel Mazzone, left to become an assistant with the New York Jets. Sumlin had known Texas Tech offensive coordinator Dana Holgorsen from recruiting the Houston area and invited him to Pub Fiction, a bar in midtown. The guy who ran the place closed out the whole front room for the new Cougars coach.

“It was just me and him sitting there,” Sumlin said. “It was about football, what the offense would look like; we’d just played WVU and saw how fast they’d gone. We talked philosophy; how we’d do it; and how much we could pay.”

How many beers did they drink that day?

Holgorsen wasn’t calling the offense at Tech, but he loved Houston. Except Houston was offering less money than he was making at Tech. Sumlin had sketched some potential salary ideas on a bar napkin. “I’ll tie your salary to a win bonus — just like what I’m doing,” Sumlin told him. “If we win 11 games, it’s this percentage. If we win 10 games, it’s this …”

The next morning, Sumlin took the napkin to athletic director Dave Maggard.

“You really feel strong about this?” Maggard asked.

Maggard ultimately told him, “Yeah, I think we can do it.”

Sumlin called Holgorsen back: “We’ve got your bar napkin for you to sign.”

Four years later, when Holgorsen was a head coach at West Virginia, he was back in Houston doing the hiring.

In 2011, he had one of the most explosive offenses in football. His team hung 70 on Clemson in the Orange Bowl, but the team that held them to the fewest points that season (21) was Pitt. Tony Gibson was the Panthers secondary coach and defensive pass game coordinator that season. Holgorsen flew Gibson, then working at Arizona, down to Houston on New Year’s Eve and picked him up in a stretch limo. They rode to Demeris Bar-B-Q, a favorite of Holgorsen’s. The place was closed. But Yanni Demeris, the owner, met the two coaches there.

“We played ‘Golden Tee’ for about six hours and drank a **** ton of beers,” said Gibson. “We never talked one down of football. I got back home and my wife said, ‘How’d that go?’ I said, ‘I have no idea. I got drunk with him.’”

Gibson got the job, and the Mountaineers defense improved from second-to-last in the Big 12 to No. 5 in his first season, to No. 4 and then No. 3.

“A high percentage of Dana’s interviews have taken place at Demeris Bar-B-Q,” said one of Holgorsen’s assistants.

Got to love the style

Articles from The Athletic understandably don’t get much traction so I’ll just leave this here. This is an outstanding article from Sam Khan previewing the team next season. 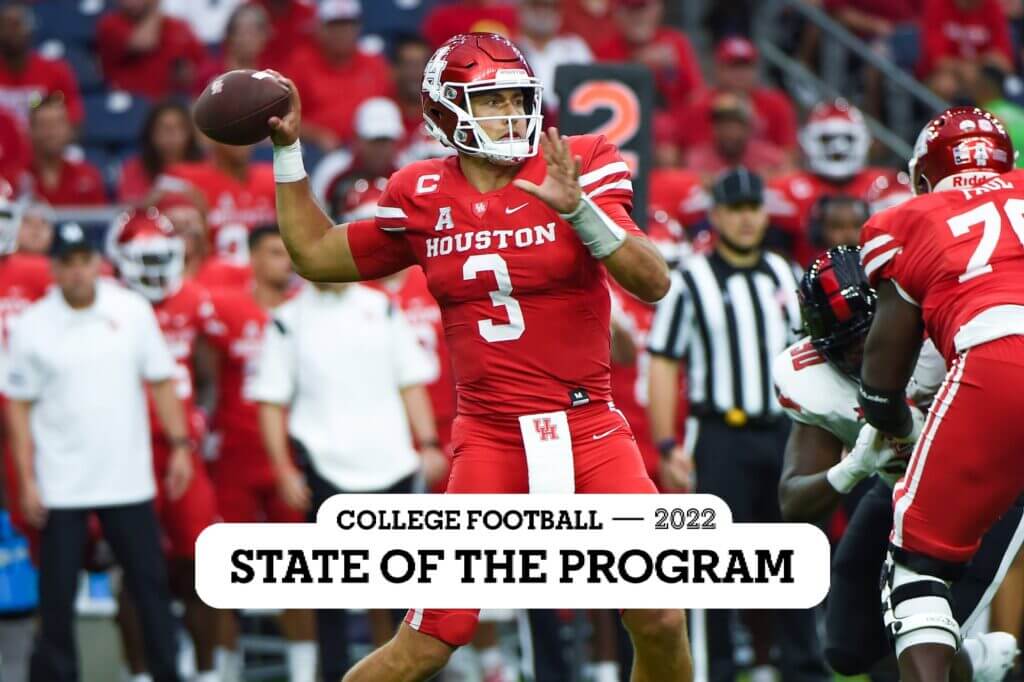 After a rough start, Dana Holgorsen has Houston poised for sustained success

The schedule isn't easy, but there’s enough talent on this team to contend for the AAC title and a New Year’s Six bowl.

Posting “pay for” content is a no no. You should know better.

Didn’t mention Nunnery until the end and no mention of the two returning starters at safety, Hypolite and Owens?

Not one of the best articles I have read from The Athletic. Reading the breakdown of the DL you can see how deep we are. Mentioned 9 guys in the rotation and still have a couple incoming JC players in the mix

It was a super long article that I copied bits from. Admittedly they added up longer than I thought it would. I just post anymore content from there If I’m having to word count.

All of them were mentioned. I know I posted a lot of excerpts, but I didn’t post the whole article.

Now that I have read the entire article, at least the depth chart analysis, it was pretty good. I don’t care much about the fluff at the beginning.

Need to see how the CBs respond. I think they can be good but great defenses have at least one great CB. The good news is we will have solid pieces at that position with a wealth of experience around them.
Outside of finding an elite cover guy at CB I really don’t have any concerns for our defense.
I like our depth at LB more this season but Mutin still needs to be healthy to be great in the middle.

On offense we have some new pieces to fit in but having Tune, Dell and Trahan back is huge. The receivers have more talent but still need to see them execute.
Then there is the OL. I think they will be good enough most of the time, but a couple linemen stepping up can make the offense a very good unit.

Last season I said before the season that our offense just needed to stay out of our defenses way. I felt they did that in all but one game and got better as the season progressed.
This season I feel as good and maybe better about our defense. This offense I like a little more going into the season and feel they can win some games for the team. Still, if they stay out of the way and don’t turn the ball over no one on this schedule beats us this season.

I’m ready to see that 3rd Ward D in action!

Wish John Sypert was still here to see his “MADDOG” defense in action.