It is funny the amount of consumer products or brands that quickly became right wing talking points that made most everyone else just roll their eyes. I’m sure there is likely similar list for left wing but someone else can list it. Most of the brands became right wing pariahs but a few became right wing cause celebre.

In no particular order…

Clearly it bothers you so much that you had to make a post about it on CoogFans, the largest political message board in the nation

You do realize that if either party didn’t have talking points, then they wouldn’t have viewers.

But these are hilarious talking points. Bears wearing pants?

Clearly it bothers you

I’m sure many people have heard of the outrage at these brands or products that don’t know if it is the right or the left who is outraged. I’d make a similar list for left wing but besides the Trump companies, I can’t think of any right now. Oh maybe Chick FIL A. If anyone wants to contribute to a list of Left wing outrage, send me a dm so we can start the list with at least 10 or so companies.

Lol if you think left wing people people aren’t eating chic fil a then you’re lying to yourself. I don’t think anyone cares about CFA being closed on Sundays others than the people who are craving CFA on a Sunday

I’m sure most fast food restaurants would prefer a republican in office from a fiscal standpoint, but with all the ESG stuff it’s probably getting tricky

Which is ironic because the food system that powers this nation is done so via factory farming, but that’s not something corporations want to talk about

I know that, that’s what makes this funny. This ridiculous outrage when no one is really changing anything.

Chick Fil A not being open on Sundays isn’t why anyone is boycotting them. It’s because they, and the owner were funding charities that supported anti-LGTBQ causes and legislation. Those donations stopped temporarily in 2019, but seemed to have picked back up again in 2021.

And I know plenty of people who will not eat there for that very reason. I do live on the west coast, but I guarantee there are plenty of folks in Houston that feel the same way.

It’s not because they are closed on Sundays. That’s just silly.

Well it must not exist anywhere but Twitter because you don’t know anyone outraged.

There are always long lines at the Chick fil A drive thru close to my house in Katy.

I’m guessing that more than enough lefties eat there. It can’t be all righties and non-aligned.

I’m giving you anecdotal evidence on what I see on the west coast. I’m sure there are lefties in Texas that eat there, either unaware or don’t care. I would also bet that plenty do not and choose not to go there based on those issues. There are plenty of right wingers who boycott Disney, but many others still clog up the Disney Parks all summer.

I’m rebuffing 3rdWard’s assumption that no one really boycotts. They do. And they certainly aren’t boycotting because they are closed on Sunday.

If they do, then it’s obviously not affecting business at their Katy location much.

They get longer drive-thru lines than Whataburger, MackyDs, and just about every other fast food joint except maybe In and Out (the latter was a huge fad in Katy when it first opened, but I think business has cooled a bit now that the novelty has worn off).

If your premise is that they’re doing gangbusters business in a Houston suburb, I will take your word for it.

And In and Out is superior to Whataburger. I’ve had nothing but disappointment my last half a dozen attempts. Fun fact: In and Out puts bible verses on their cups. John 3:16 I believe. 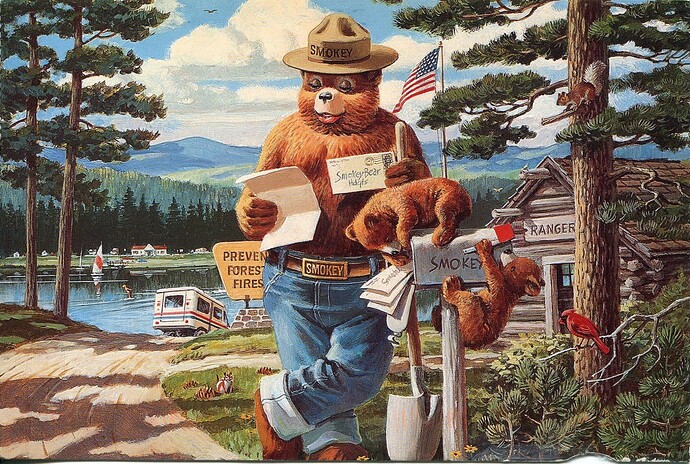 In and Out is still good though. I like them both more than MackyDs, though I sometimes crave a Big Mac.