Not used to games during early in the week:

Charles Sims (TB) vs. Washington - 7 pm Wednesday on NFL Network (In progress)
Note: Charles Sims will not be playing since he is assured of a spot
Replay: Thurs@230pm & Sun@630am

Case Keenum (LA) vs. Minnesota - 7 pm Thursday
Note: Case will not play in this game since he has been named the starter
Replay: Fri@1100pm

Seahawk running back Thomas Rawls on course to play in opener though team won’t...

Carrol revealed that long snapper Nolan Frese has been dealing with a shoulder injury since the first play of the second preseason game against Minnesota. He said that has contributed to some inconsistent snaps since then. “I’d like to see him play free of his injury,’’ Carroll said. “He’s farther away from it now. He has a better chance. It has bothered him some. It’s right in his shoulder so it does affect his snapping some. He’s done a really nice job. I don’t know that we’ve had a guy (a snapper) make five tackles in three games — that’s a fantastic contribution for us. So he’s got some real positives that we are really fired up about. We just have to get him cleaned up a little bit.’’

Kenneth Farrow cannot be touched. He sprints for 44 yards...and then scores on the next play! #SFvsSD snpy.tv/2cdPAbu

Couple of articles from San Diego before and after the game:

The only way Adrian McDonald was going to make the team as an undrafted free agent was if there were concerns with either Jahleel Addae or Dwight Lowery and the team needed extra depth to back them up.

Not only have Lowery and Addae each had a good summer with the team, but Dexter McCoil has stepped up and is probably good enough to be one of the starters. Adrian Phillips will likely make the squad, as will Darrell Stuckey, specifically for his play on special teams.

That will leave McDonald on the outside looking in, but a player the team should definitely put on the practice squad. 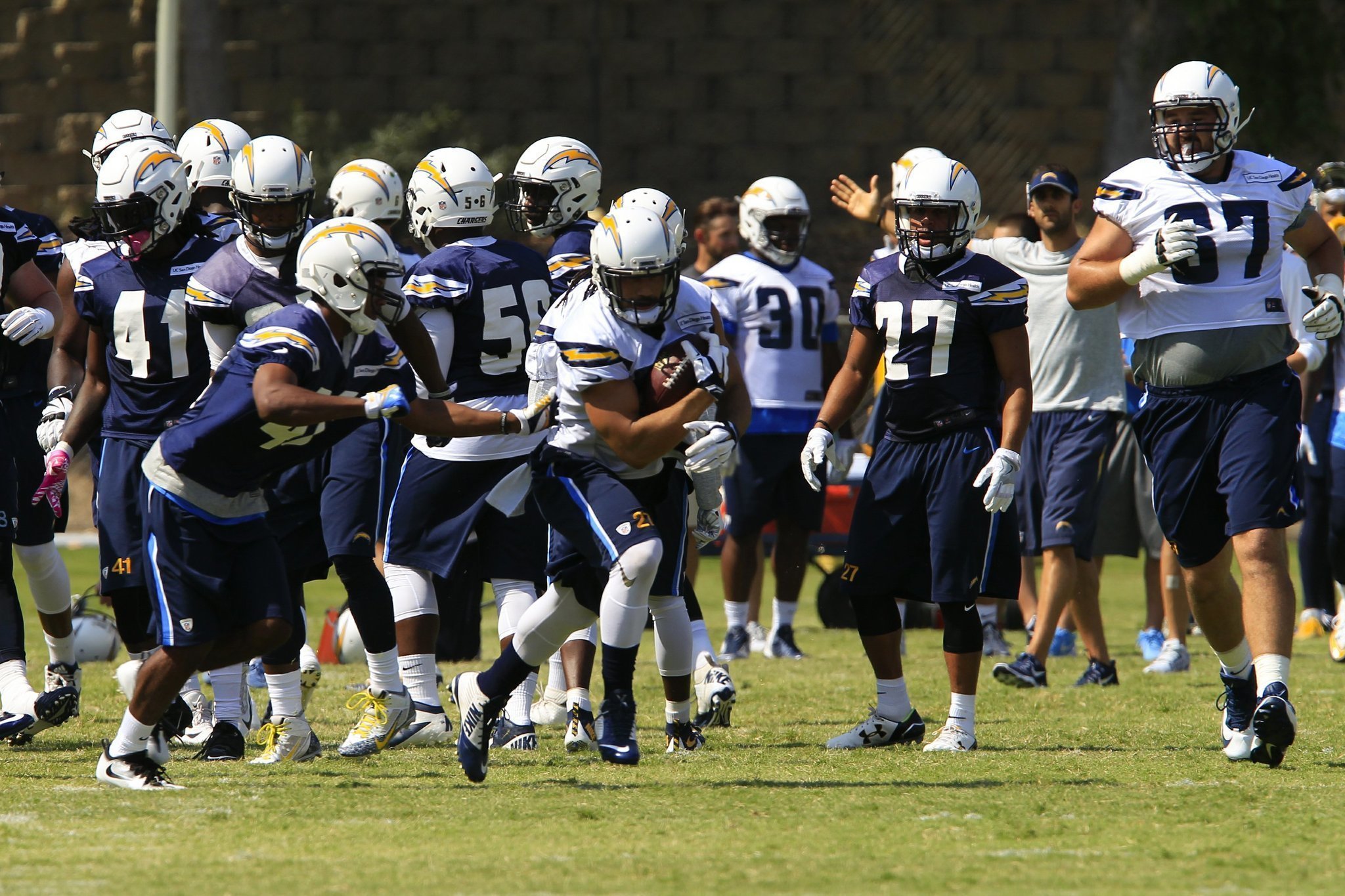 Farrow shows well in bid for No. 3 RB spot

Cougars coach Tom Herman told the U-T that both Farrow and McDonald, the school’s all-time leader in interceptions, are unusually tough, smart players. He said they were undrafted probably due to borderline sprint speed.

Cuts will start tomorrow and have to be completed by 11 am Saturday. Practice Squad players will be determined after 11 am Saturday: Here’s where I see our guys:

Love, love, love seeing Farrow and McDonald doing so well. Those guys could have played on any team in any conference in the nation and they’re showing it now.