Do you think this simple, predictable, check down offense is a product of Dana not really believe in Tune. Everyone always talks about Dana being a great offensive coach, with exciting plays and air raid offense. But we haven’t seen any or that this year. I watched some film from his WVU days and I’m just thinking to myself, where was this the past 2 years and I’m starting to think maybe he believes he just doesn’t have the QB to make it happen. He has to simplify it for Tune

Why not try someone else at qb then?

I think it has more to do with our O-line than anything else. 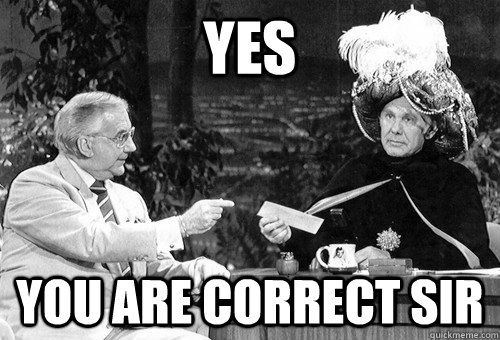 That’s exactly it. Plays are limited because the offensive line is so porous that they can’t execute well, and Tune will get killed.

I don’t think his interceptions and missing open receivers has anything to do with the o-line, tho.

As much as Tune has struggled, I hope this doesn’t happen at UH next year under Dana. 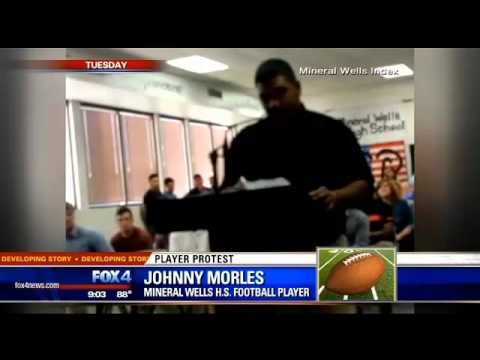 Maybe sofian isn’t ready yet, and Logan is awful at QB lol, idk I’m just trying to make sense of why he would completely change his offensive philosophy with the weapons we have. I get the o line isn’t the best but we have great weapons that an overcome that. I think maybe deep down he really doesn’t believe in Tune, especially with the way he turns the ball over

I don’t think his interceptions and missing open receivers has anything to do with the o-line, tho.

Then you have never played real football in your life. All of those things are the product of time to make reads, plant feet, and follow through, all of which require pass protection. In fact, the first 2 interceptions in the bowl game were directly attributable (which basically staked Hawaii to the lead that held up the entire game) to breakdowns in the o-line. Also in those first few series, I saw a screen pass attempt in which NOT ONE lineman was able to get out an execute their block.

If you are a D-I program whose linemen cannot execute a basic screen, you have a talent problem. There is only so much you can do to “coach them up”.

like 2 weeks ago said he loves the qb room, and its unlikely we are bringing anyone in… stating tune had 2 more years… Dana has made it CLEAR he believes in tune… you are reading too much into the past

the issue isnt that he doesnt believe in tune, its that he believes in tune too much and has shown no signs he wants to open up the competition

I think you’re on to something. Just about everybody expected something different offensively than what we’ve been seeing. I’m thinking/hoping it’s a personnel issue. Tune isn’t a bad QB, just not quite right for this offense.

Those are the same mistakes he keeps making for 2 years now. Instead of throwing the ball away he seems to make the same mistake after another by throwing interceptions when a play ain’t there or fumbles the ball away when he feels any kind of pressure. Those are momentum killers. If you ever played, you know coach says the number #1 easiest way to lose a football game is by turnovers.

It’s not just this bowl game. I hope he improves; but making an a excuse after another seems repetitive if the o line play doesn’t improve and he keeps turning over the ball to the opponent. A game in which the defense played well.

Is it an oline talent problem or oline coaching issue?
I think it may be the latter

O-line coaching is the problem

Yes O line is the problem but me and other posters have said it a million times. My fandom goes back to the Keenum era. We’ve never had a great o line. Even good? Eh, sure. Not very often though. More often for us it’s s a special QB that can sling it on the run or tuck it and go to town.

CDH would accomplish a large task to get an o line worthy of a pro style QB and it would take a long time to recruit both. I personally am not that patient and would just like to put Bryson Smith types back there until we find another GW2. That seems like a faster path to relevance to me. We are speed city. Not 6 foot 5 335 pounds across the line city.

Tune is pretty fast. Faster than Keenum. Probably in the same neigborhood of speed as Bryson. It’s unlikely we’d be better with Bryson at QB and odds are we’d probably be a lot worse.

But yes, if we could get another QB who could demolish the NCAA record books and last in the NFL for more than 8 seasons I’d be game to replace Tune with him.

His negatives outweigh his positives

also when did we start taking players at their word for 40 times…tune is not remotely in the same neighborhood of speed at smith, its gullible to even believe that…yes tune “says” he ran a 4.58 hand time once… thats nice… he ran multiple lazer timer his fastes is 4.75, most were in the 4.8 range…bryson has a lazer 4.52

Every offense we’ve run since BY was to compensate for O’line. We’ve never been able to recruit with other schools for top flight O linemen. So, we’ve spread out the opposing team to take advantage of our speed at the skill positions. More speed and options increased rate of success, in spite of the O’line.

Problem with our spread offenses (whether it was the Veer, Run and Shoot, Air Raid, Spread Option) was each one required quick decision making and good ball handling from our QB. While Tune may have a good arm, I’m not convinced his decision making nor his ability to get rid of the ball quickly are up to par, and frankly, don’t believe it will improve.

Would an improved O’Line help Tune? Sure. But if you can’t get a line like Bama’s or Ohio State’s, then you need a QB who makes quick decisions, gets rid of the ball quickly, and take advantage of our speed on the flanks. So far, that hasn’t been Tune.

You hit the nail on the head…

I don’t want to get into something with you where we’re parsing over what “in the same neighborhood” means.

Tune graded out at the 95th percentile for what QBs do at the combine in offseason work last offseason. His 2.62 20 yard dash from this past offseason is along the lines of what someone who runs a mid 4.5’s 40 would do. Idk if he’s in the 4.5s but I’m betting he can get under 4.7 at least. He’s a really good athlete.

Smith is faster but I don’t think the difference is drastic enough that solely downhill speed would change much in terms of what each guy could do at QB.

Just like not every 2 star we sign will become Case not every converted WR can be King or Ward. Ward was under recruited at QB largely because of his size and it had less do with his skills. He did almost a full season as our primary backup QB and looked very natural at the position in the snaps here and there that he got. The staff liked him as a QB but he moved full time to WR because it looked like O’Korn was going to be locked in as a 4 year starter. Also, when O’Korn got benched he was legitimately playing very poorly. Tune’s play needs to improve a good bit for us to hit our goals but he’s been decent.

Bryson hit a couple of bombs on one read plays in his snaps at QBs but overall he hasn’t looked very comfortable in the snaps he’s gotten. Maybe a full offseason in the QB room would change that but it seems less likely that he’s going to be a better QB than Tune, especially with another year under Tune’s belt. Also, King and Ward (and Case) were so good because they had a great feel for the pocket and were really elusive. Smith is fast and helps our WR corp but he doesn’t show that same level of being able to make guys miss that Ward and King had.

If we can upgrade QB or any position, then of course Dana should do it. But I’d be pretty shocked if Bryson at QB is an upgrade over Tune.

I thought the same of Mond. Suddenly, the light went on.

I hope that happens to Tune