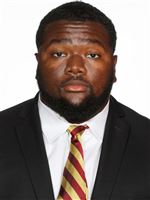 Wilson announced his Top 10 in June and UH was not on it. Probably nothing to this, but it would be nice to dream.

The Episcopal OL big recruit (not as high as Wilson) said something similar on the Fox 26 sports last night as well.

This is a guy that I have been drooling over since we finished up with our last signing class. He plays in the coach’s backyard. I was disappointed when he showed no interest.
When leaving the stadium on Saturday I started talking with my friend about how this win might have recruits that didn’t jump on board feeling regretful. We only have three schollies left I believe and Herman is a man of his word. He isn’t going to rescind a schollie from someone else just because you are rated better when the other guy wanted to play here from the beginning.
I love this news though. Merely the idea of Chaisson and Wilson lining up with Big Ed makes me giddy. If someone floats that to those two recruits maybe the idea would be appealing to them as well.

I got ya big guy! 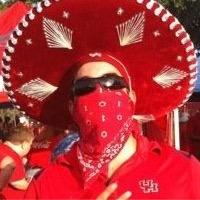 Should be interesting what HS recruits UH maybe able to flip. I haven’t heard anything about K’Lavon Chaisson recently.