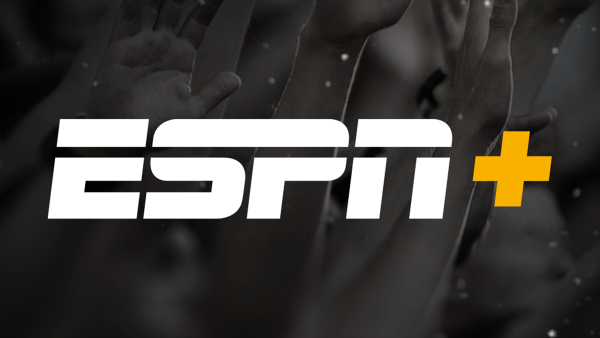 ESPN+ is putting an emphasis on the symbol at the end of its name. The Disney-backed streaming-video sports service intends to raise its monthly subscription fee by $3 a month — a 43% price h…

So I have ESPN+…… I can read whatever on my phone or watch anything I choose….cool.

On my TV is where I have issues…. I have good wifi as all of my streaming services work perfectly……except….ESPN+

Does not matter what time of day or what program, there is EXTREME lag….

Yeah the phone app is fine.

The TV app… I don’t have the lag issues but the navigation is needlessly tedious. Should be just as simple as Sport->League->Game… I shouldn’t be flipping past Missouri Valley Conference games to find what I’m looking for. Really, there ought to be favorites. It should know from my profile that if there’s a Houston game on it I want to watch.

On my TV is where I have issues…. I have good wifi as all of my streaming services work perfectly……except….ESPN+

Does not matter what time of day or what program, there is EXTREME lag

I don’t notice this. I am using an old FireTV box with the ESPN+ app installed and it’s wired to my XFinity router so maybe our set up is different.

I’ll have to see if my son can figure something out……it’s a big, beautiful Smart tv that’s less than a year old….
Only time I try to watch the “ +” is the few times Coogs have been on or when I get a UFC PPV….and I know the wifi is strong and like I said all other streaming, Netflix, Amazon, Paramount,HULU, etc. all work fine and are very fast….just kind of at a loss as to what the issue might be…… thanks though guys.

That’s interesting. Sounds like the Disney Bundle just became a better value. I’m not sure that massive UFC deal has worked out like Disney hoped. As a related topic, I’m old-fashioned but I hope the Big 12 doesn’t move to a predominantly streaming model. I know streaming is supposed to be the way of the future but it’s going to be very hard to pick up casual viewers and grow an audience just streaming. Especially the way ESPN+ is set up now with no reminders or favorites or really any promotion outside UFC and maybe that Payton Manning thing.

I do think that streaming will be a significant part of our value, but I think we may use streaming inventory to negotiate up the number of games on TV and cable. “If you want to put us on Paramount+, you need to also put us on CBS too”

I think that’s partly how the AAC got as many games on ESPN/ESPN2/ESPNU as it did. Also flexible scheduling, which I expect the Big 12 to do as well.

Just cancelled. Forgot I’ve been paying all summer. I’ll subscribe again when there is something worth watching.

Yeah, I noticed yesterday that my Disney Bundle (with ESPN+ and Hulu) self canceled, without any opportunity to renew the Bundle.

This is probably not a bad sign for the Big 12 or Pac-12 if they’re trying to turn ESPN+ into more of a money machine. It means they will need content. I don’t think they’re going to charge more for less content, which is what they risk doing if they lowball us. Of course, “good for the Pac-12” is not good for us on some level.

I think ESPN is preparing ESPN+ for all the SEC content they are going to have and therefore the SEC will get a bulk of your subscription fees.

If ESPN will not be the main TV network provider in the next Big12 contract, I will be canceling my subscription.

They’re going to need more than that and one thing I think the Big 12 and Pac-12 have going for them/us is a lot of uncommitted content.

So I went ahead and signed up for a year to lock in at the low $69.

Question: Does anyone know what happens if I try to get the Disney Bundle later? If you have an existing subscription it’s supposed to offset by the amount of the subscription, but I don’t know how that works if if the bundle is monthly but the annual subscription is annual. 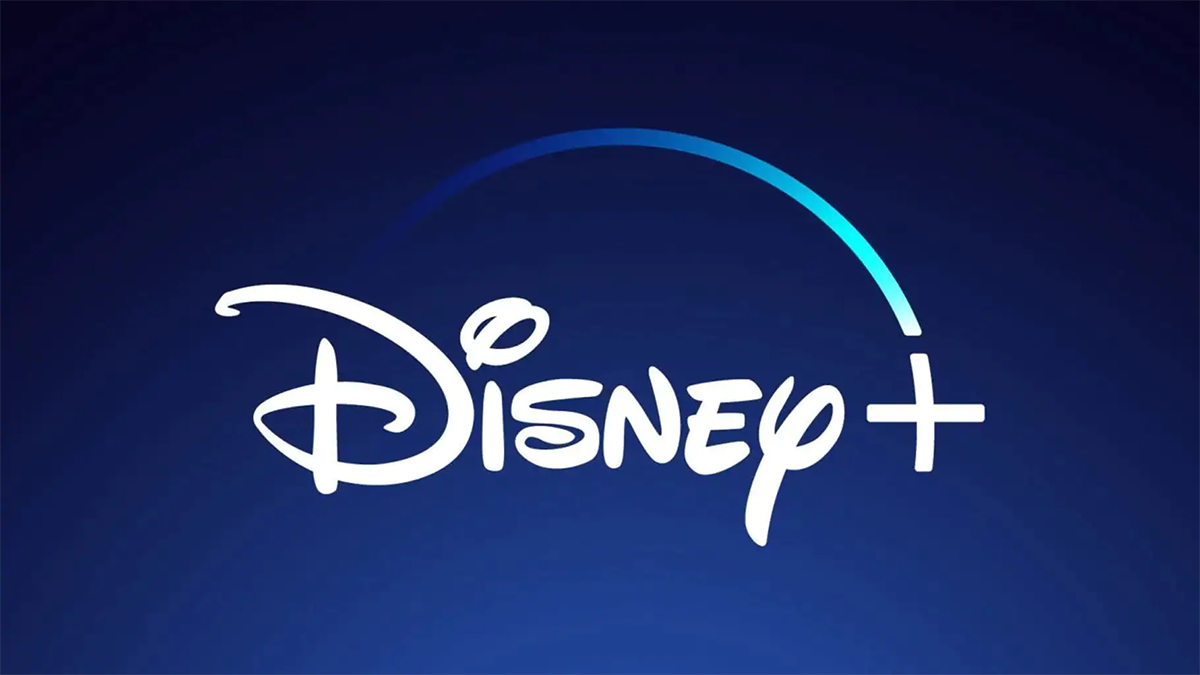 Getting The Disney Bundle with an existing Disney+ / Hulu / ESPN+ subscription

If you have separate subscriptions to Disney+, Hulu, and/or ESPN+, you can choose to bundle all three services together and save. Select an option from the list below to learn more about how to make changes to your current plan and how billing work

Thanks! The closest I came to finding the answer was a page that was like this but did not include the parenthetical about annual memberships.

I know streaming is supposed to be the way of the future but it’s going to be very hard to pick up casual viewers and grow an audience just streaming.

If you want to get the younger generation (by younger I mean under 35), you have to have your media on phones and tablets. I am not a big fan of streaming but it’s already taking over.

I received my notification that my ESPN+ subscription will increase $30 more.

With 22.8M subscribers, ESPN is raking in an additional $684 million a year for doing nothing new. I hope they are not giving it all to the SEC. 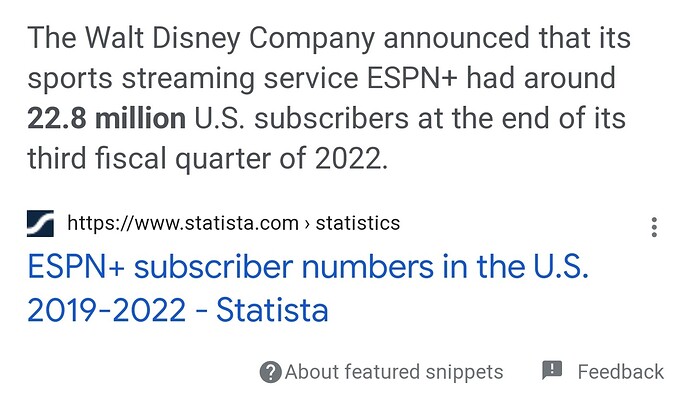 Last year ESPN+ was free with my 80.00 per month Fubo charge. Not this year…

This is all the result of cable companies being such crap and people cutting the cord/ Now to get what we used to have on cable, its gonna end up costing at least as much if not more and now you need like 10 apps and a smartv to watch anything. It sucks for the consumer.

So wait, You can get UFC on Disney?