If that turns out to be the case, the B12 will get everything it has coming to it.

For what it’s worth I think it’s us and Cincy. The interesting thing is they were not suppose to announce till October. Why someone told this guy now anything I have no clue.

doubt if anyone told him…probably just his opinion…if he claims that what someone told him, well, you know what thats worth…pretty sure Big 12 in the knows have been all told to shut it…i agree with you on final 2…its a logical selection…Not everyone thinks Big 12 are idiots…Those 2 picks make the most sense and easiest to get a consensus for…LOTS of issues with BYU…

So some former Bleacher Report writer tells Cincy media guy on the radio his opinion, and this is “Expansion Info”?

From BleacherReport.com, your destination for the latest news on your teams and...

Ben Kercheval comes to Bleacher Report after spending three years with College Football Talk and NBCSports. Having lived in multiple college towns over the years, the collegiate game holds an extra special place in Ben's heart just to the left of the 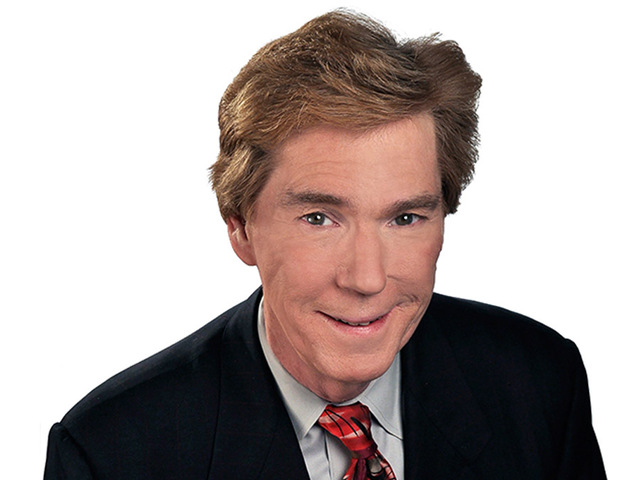 EDIT: I see Duarte retweeted Broo. I have no idea why. It certainly doesn’t make this “Information” instead of rank speculation.

Almost as bad as Tramel’s BYU and UConn choices …

American Horror Story season 6 is still 2 months away and already someone has opened the gates to the insane asylums of the sports writers looney bins.

I don’t doubt Tramel and Kercheval won’t be the last before October so we should brace for some rough seas ahead.

The bleacher report writer looks like his balls haven’t dropped yet.

“Also, he watches “The Bachelor” and, no, he doesn’t have a man card for you to take.”

Tramel has essentially become Oklahoma’s Chip Brown. Just throw stuff out and maybe something will stick. It’s getting to where I trust fewer and fewer media sources. Even writers for major publications will now just speculate without any hard data to back up their assertions. I am surprised Duarte retweeted that. I can’t even imagine Memphis getting in over Houston or BYU. It’s the #50 media market, just a little bigger than Scranton and Little Rock, and the football program is likely to return to mediocrity with Lynch gone.

That means the ACC has got UH!

It’s getting to where I trust fewer and fewer media sources.

Here’s the thing to remember: when the Big 12 was about to announce that they were going to move forward with expansion at the last Big 12 meeting, not one single writer predicted it. That includes national writers, local Big 12 writers, bloggers, rumor mongers, anyone. Most were in the process of or had already penned columns stating that the Big 12 was going to announce that they had decided against expansion.

Big 12 will announce when they’re ready and probably when everyone least expects it and all the writers, bloggers, etc will vilify them and say the same thing they always say - “Man, the Big 12 is crazy.”

Pray, that is absolutely on target! The media doesnt know, and they feel compelled to just write stuff…Big 12 will announce when theyre ready, and only they know answers to that…

Here’s the thing to remember: when the Big 12 was about to announce that they were going to move forward with expansion at the last Big 12 meeting, not one single writer predicted it. That includes national writers, local Big 12 writers, bloggers, rumor mongers, anyone.

He’s been saying that for a long time. Been really high on Memphis for a few years now.

Of course, C. Austin Cox told us that B12 going to 14 was a lock. Seems like he’s backed off of that one. I don’t think much of Cox. Much of his stuff is simply not plausible. While it is plausible that the B12 will add Cincinnati and Memphis, I don’t think it is likely.

With the AAC looking at multiple C-USA schools, it seems like the Big 12 going to 14 is a lock. Memphis fans can start breathing easier.

Look, to get B12 expansion moving, Texas had to be for it. Texas favored expansion when it needed political help for its UT-Houston campus. UH has an extremely influential champion here. Remember, Gov. Abbott said that B12 expansion without UH is a non-starter. What control does he have over that?

UH is not helpless this time around. Maybe their thinking is that there is not much we can do if the B12 is going to make (another) bad decision and wrap it up in a completely bogus and completely refuted rationalization. Moreover, anyone who doesn’t realize that Houston is becoming an SEC market is in total denial.

However both our Governor and our Lt. Gov as well as the Chancellor of UT, and a host of state legislators have “biblically” declared their support for UH joining the Big 12. If that doesn’t mean something then the wrath of Cougar Nation will be on them in the next election.

We don’t YET have the biggest fan base but this kind of rejection can mobilize a fan base. This is not 1994. Twice screwed will be met with action this time. And that UT-Houston plan will just go up in smoke.