Sleep is good - Most of the links today continue to talk about the BYU LGBT issues as well as whether the networks are meddling a little too much:

AUG 9, 2016 - On July 19 in that boardroom in Las Colinas, did Big 12 presidents vote to explore expansion or did they vote to join a high-stakes poker game? Are the Sooners and Longhorns, reportedly at loggerheads over who to invite, really working...

Some Big 12 schools don’t want to add two schools and no Big 12 school wants to add four. No Big 12 administrator can be thrilled with any combination of prospective new members.

IS THE TAIL WAGGING THE DOG WITH ESPN/FOX BLOCKING POTENTIAL BIG 12 EXPANSION? 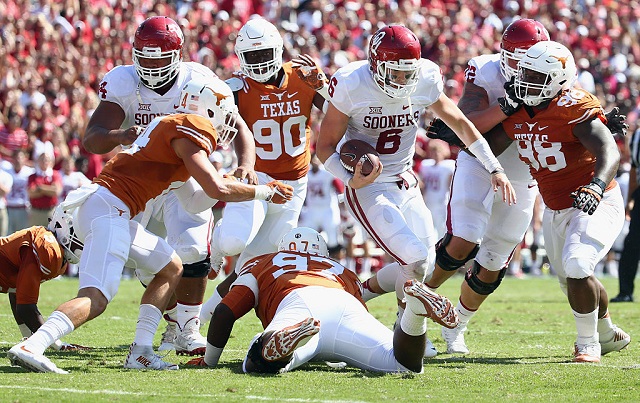 Is the tail wagging the dog with ESPN/Fox blocking potential Big 12 expansion?

With the Big Ten entering into a long-term deal with ESPN and Fox and ESPN helping to create a new ACC Network, the remaining Power Five conference drama is all centered in the Big 12. The Big 12 has always had black clouds of uncertainty following...

Big 12 expansion would be a huge boost for programs like Cincinnati or Houston or even BYU. Some of these schools that lost out on the first round of realignment and currently sit on the outside looking in at the Power Five would give anything to have a seat at the grown-ups table. How should those schools and those fanbases feel about ESPN and Fox stealing away their pot of gold at the end of the rainbow and potentially sealing their fate as a college football “other”? How should Big 12 fans feel about ESPN refusing to play ball with the Big 12 and placing them at the end of the line behind even the ACC?

THE GREAT NEGOTIATION: WILL THE BIG 12 CHOOSE HOUSTON AND LONG-TERM STABILITY OR STICK WITH SHORT-SIGHTED THINKING?
http://www.campusrush.com/big-12-expansion-houston-cougars-football-1965479371.html

Choosing the Cougars would be a move for the Big 12 to protect its footprint rather than try to expand it, a move for preservation with the Big 12’s future looking uncertain. It would be a decision made with foresight, reversing the error of a conference that failed to take Louisville when the Cardinals desperately wanted to be admitted in 2011.

Coogfans discussion: The great negotiation: will the big 12 choose houston and long-term stability or stick with short-sighted thinking?

BYU is a leading candidate to join the Big 12. The school's honor code complicates things.

Bowlsby responded to Athlete Ally, one of the leading organizations to send the letter, on Tuesday saying the Big 12 will take any form of discrimination into consideration during its publicly stated plans for expansion from 10 member schools. Other universities frequently mentioned in the expansion discussion include Boise State, Cincinnati, Colorado State, Connecticut, Houston, Memphis, Central Florida and South Florida. Schools need eight of 10 votes by conference presidents in order to join the Big 12.

While I got ya, here are nine things and one crazy prediction:1. Timing is everything, and BYU’s philosophical stance on homosexuality and sexual behavior could be a big obstacle standing in its way of joining the Big 12 in light of the sexual...

Timing is everything, and BYU’s philosophical stance on homosexuality and sexual behavior could be a big obstacle standing in its way of joining the Big 12 in light of the sexual assault scandal at Baylor. A current development could cripple or even kill those chances. Plus, I still think Texas and Oklahoma want to remain at 10 schools 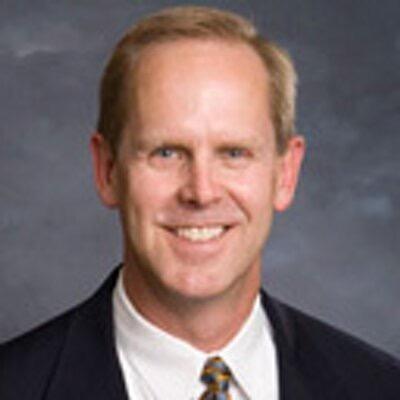 LGBT players, coaches and fans are always welcome to the BYU campus. Everyone should be treated with respect, dignity and love. Tom

The great Dan Jenkins wrote this once: “Every problem in this country I lay directly at the hands of television.”You giggle. But is

And may I ask why Gov. Malloy, at whose behest ESPN received a sweetheart tax deal the size of Wyoming, hasn’t at least questioned the motives of the World Wide Leader yet?

It’s not as though other politicians haven’t unburdened themselves on conference expansion. Example: The Austin American Statesman reported recently that supporters of the University of Houston said they would consider dropping their opposition to the University of Texas’ expansion in Houston in exchange for a deal that allows the Cougars to join the Big 12.

“Big 12 expansion is a non-starter unless it includes University of Houston,” Texas Gov. Greg Abbott tweeted.

But then, is there room for ethics in this morass anymore?

The BIG12 WILL expand and the announcement should be before this season kicks off. Only ?, is whether it's 2 or 4! Smart move is go with 4.

There was a time when "exposure" and "ratings" mattered to the Conferences. No more. It's all about revenue streams. No ifs ands or but's!

.@jasonmmc If it does hurt them? It's a contrived move that will not be in the Conferences best interest. BYU should be the first in. IMO.
CougarDrummer (Wyatt Johnston) August 10, 2016, 7:03pm #2

Some of these don’t seem reputable… they claim that Texas and OU don’t want to expand, but we all know that isn’t true. Also if schools weren’t interested in expanding wouldn’t the vote for the expansions pursuit be non-unanimous? it kinda seems the longer this gets drawn out, the worse the narrative gets, just more mudslinging and conjecture now. Im ready for this to be over and done with, weather were in or not. Its weird how uncivil the conversations online are about these things, people get really mad really quick, especially on espn comment sections. (not on this site though, you guys are great) It makes it not fun to debate.

Also if schools weren’t interested in expanding wouldn’t the vote for the expansions pursuit be non-unanimous?

Don’t pay any attention to Tramel. He pulls something out of his arse everytime a column’s due, and he knows people will read about expansion.