Rolling into the weekend with just a handful of links. Texas Tribune got the new Tech president to comment on Big 12 expansion and specifically UH, TulsaWorld publishes the OU/OSU excerpts from a Dallas Morning News article about adding UH, Houston Press tackles whether the Fertitta Center will help get UH into the Big 12, Utah papers keep pushing BYU’s credentials, and Arkansas State’s AD seems like a go-getter that wants to push the school to greater heights. 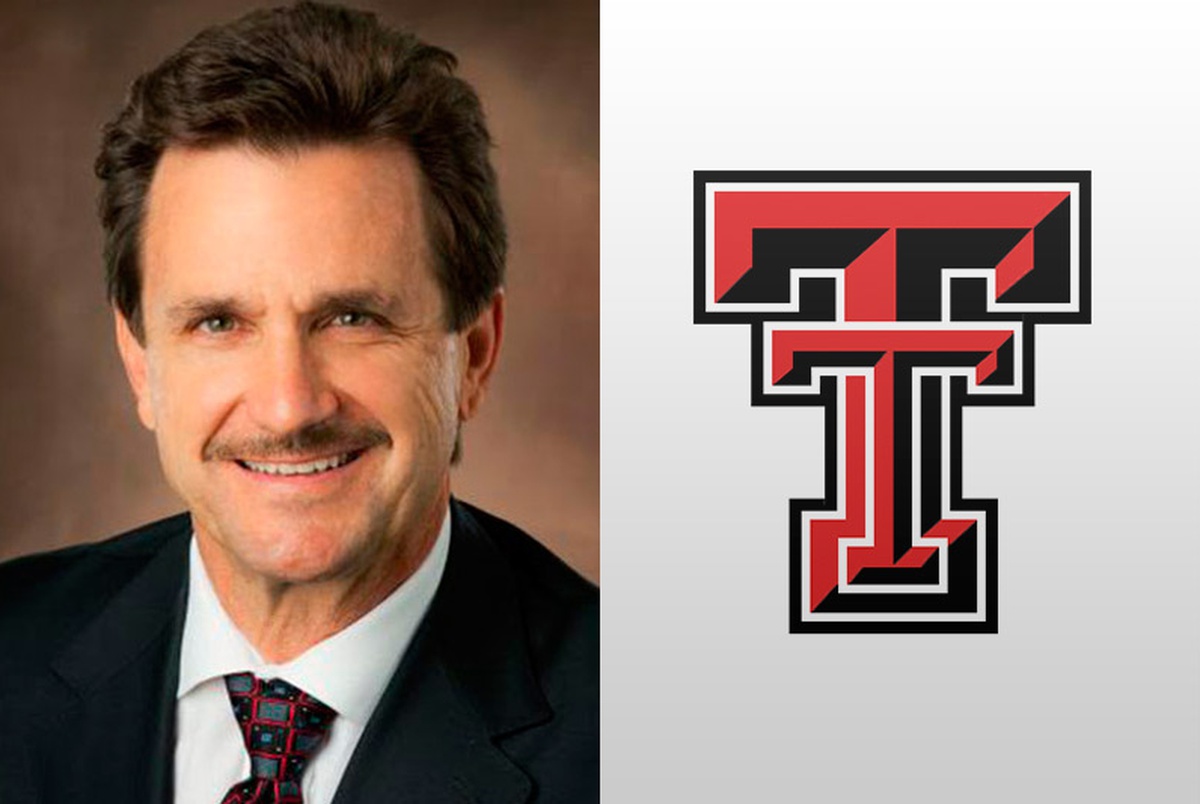 In an interview, Texas Tech University's new president describes his vision for the school, his love for Lubbock and the future of the Big 12.

LS: Houston is a very strong institution academically and they have strong athletic programs. So when you look at all the candidates being considered, they make a strong case. But I am not the person making that decision. There have to be other presidents weighing in on that.

ESPN's Jeremy Crabtree spoke to OU and OSU assistants on the potential recruiting impacts of University of Houston in the Big 12.

Oklahoma State assistant: “The advantage they have is location…I think it does give them a leg up on the local talent, but like the coaches at TCU will tell you, you’d think they’d have a leg up on most of the Metroplex talent, but you can still go in there and pluck away some guys. It’s a battle, but you can do it if. I think for places like Oklahoma State, it would make it a lot tougher to recruit in Houston, just because the distance between Stillwater and Houston, and now they’d have a Big 12 option in their backyard.”

Oklahoma assistant: “I would think this would hurt the KUs, K-States and Iowa States of the world…There’s a pecking order to everything, especially in recruiting. This is where the SEC comes into play again. You used to see Texas gets the best, and they’d battle us for those kids in Texas. Then the rest of the league would go head-to-head on the twos and threes. Now the SEC is taking those kids, and Texas and us are going more national because of that competition. If Houston has that Big 12 flag on their sleeve, it’s going to make a difference. Some of those other Big 12 schools might also have to go more national since they would be left recruiting threes and fours in Texas.”

It was meant to be a day of celebration and joy. The University of Houston accepting a gift of $20 million — the largest such donation in school history — to be used for the renovation of Hofheinz Pavilion. But in the end, what probably matters most...

“I think there is a whole lot of support out there,” he said, “from university presidents to athletic directors, and from the media out there and student bodies and from the alumni of lots of different schools that are in the Big 12.”

Academics, reputation sure to factor into BYU’s case for Big 12 inclusion

Academics, reputation sure to factor into BYU's case for Big 12 inclusion

BYU's academic credentials and reputation will factor into whether it is invited to the Big 12.

Again, reputation is harder to quantify. Is it about integrity? One thing that may stand in BYU’s favor — it is the only football program in the country to have won a national championship and never had NCAA sanctions. 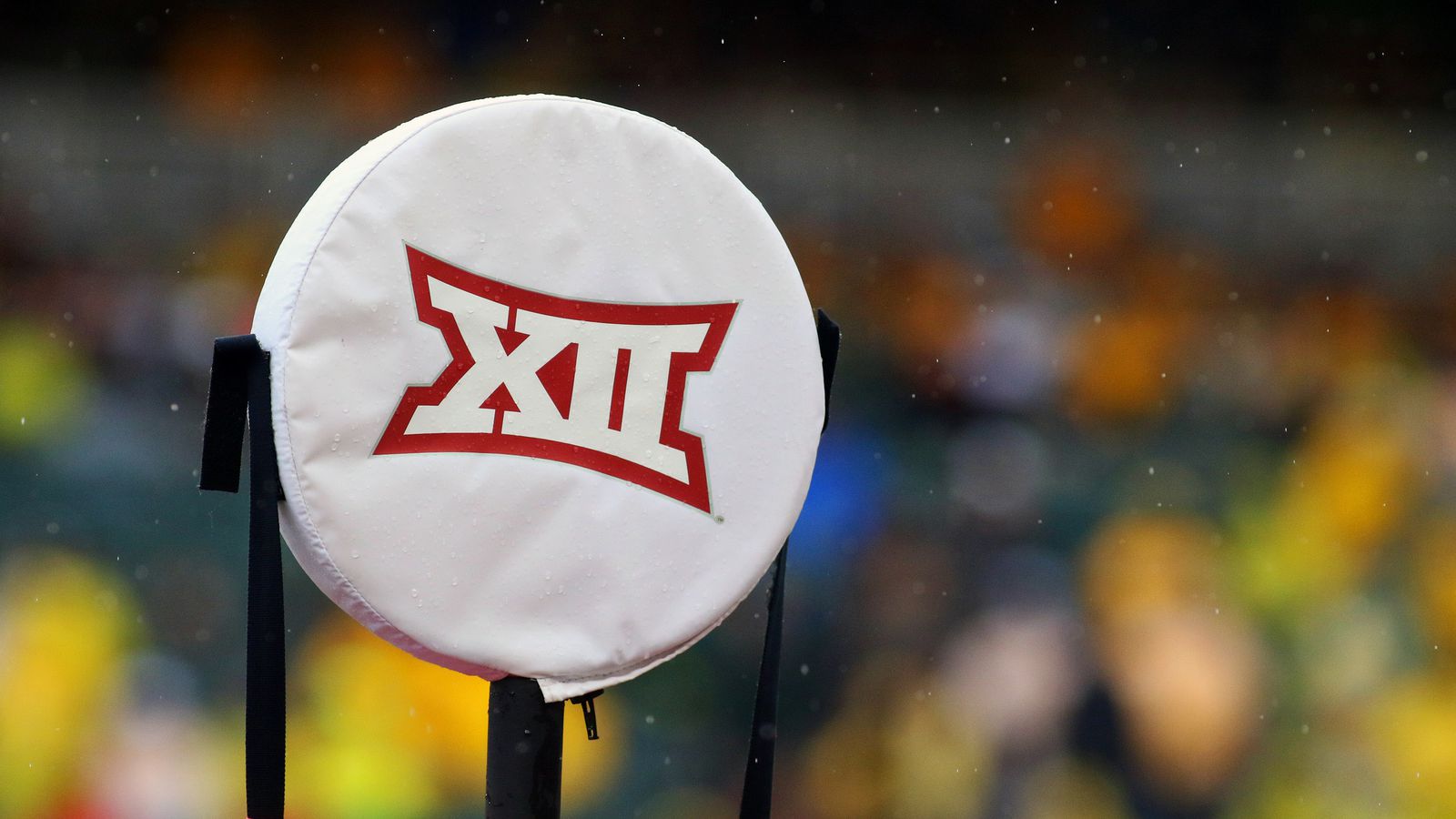 Arkansas State has nothing to lose and everything to gain by doing their dog and pony show for schools that may be looking for conference mates sooner than later. And if that doesn’t mean a revamped Big 12, then it could mean a place in the new AAC or CUSA, which may start to look a lot like the old Sun Belt and lead to a rendezvous with some old friends.

I said it long ago: no one should underestimate role of Texas politics. Just 3 Texas school votes have veto power. twitter.com/michaelaviotti…

I don't know if Houston will get into Big 12, but they're serious candidate regardless of what non-TX schools think. twitter.com/michaelaviotti…

Texas state pols aren't letting UT & Tech vote against Houston. One of Baylor/TCU could certainly get cajoled, too. twitter.com/michaelaviotti…

Sure, but that pro rata revenue might be peanuts compared to, say, a UT Houston campus down the road. twitter.com/anygivencommis…

Maybe, but do I think one of them could easily succumb to pressure from the Governor and others? Absolutely. twitter.com/anygivencommis…

Fragility of Big 12 is based on UT being happy. If Houston makes UT happy, that means more than even OU being happy. twitter.com/anygivencommis…

It doesn't matter. If North schools want expansion at all, they need 8 votes. 3 TX schools can block it entirely. twitter.com/onebuc82/statu…

See birth of Big 12 itself and VT forced into ACC by VA pols pressuring UVA. Politics can rule more than logic. twitter.com/onebuc82/statu…

I've heard for years that Big 12 is "ruled" by Texas. Now, people suddenly think rest of Big 12 will overrule UT on expansion? Really?!

Saying Big 12 expansion will happen without Texas support is like saying Trump can win without winning Florida. The math doesn't work.

Let's be clear: if Big 12 rejects BYU based on honor code language, it is NOT religious discrimination. twitter.com/vakaviti/statu…

TV industry source tells me there is significant divide over what Cincinnatti offers the #BIGXII no significant games & a small TV audience
CougarRed August 27, 2016, 11:55am #4

About 9-10 months ago, I had heard that Cincy’s case was disappointing to the Big 12 on close inspection, and that this was the reason UConn’s candidacy took off.

Cincy has a lot of good qualities, but no great qualities. Football wasn’t decent until 1997 and didn’t have a stand-out year until 2007. They’ve also been on the decline the last 3 years after losing Brian Kelly and Butch Jones who were the architects of their about 6-7 year run. Went to 2 BCS bowls after Miami and Virgina Tech left; lost both. They’re a 7-5 or 8-4 team most years. Attendance has never been great as they’ve generally been around 25K-40K (mostly this last year after they upgraded their stadium).

Ohio has 8 FBS schools which is second to Texas (12) and more than either California (7) or Florida (7). It’s a section of the country that is oversaturated with FBS schools from Michigan, Indiana, Kentucky, Pennsylvania and West Virginia. While there are questions about Houston’s recruiting situation, there are quite a bit fewer schools within a 300 mile radius of Houston than there are Cincinnati.

Academically, Cincinnati exceeds Houston in the US News & World Report, but falls behind in ARWU and Forbes. They basically check the box on academics without being top tier.

As far as other sports, Cincinnati is good at basketball and won two national championships when Oscar Robertson played there *or right after he was there as they won the 2 titles the next 2 seasons). They’ve been a solid team since and are usually in the running to make the tournament and usually make it to the 2nd round. They aren’t notable in any other sport.

They do have rivalries with Pitt and Louisville, but otherwise don’t have much history with many schools. They were independent from 1970-1996 where they got picked up by CUSA at the same time that we did. In 2005, the Big East needed teams after losing Miami, Virginia Tech, and Boston College and Cincinnati fit their good basketball school profile while being in the northeast.

Which leads back to their main case of being a travel partner with West Virginia: they really don’t have a connection with West Virginia as they were only in the same conference for a decade and never built a rivalry. Cincy is also 300 miles from Morgantown so it’s not like they’re neighbors. They aren’t even the closest candidate as Temple beats them by a few miles. Bob Huggins brought up a good point in his interview as well that basically said with commercial airlines these days, it’s not like travelling to Cincy is any easier than travelling to Texas; you’re basically travelling one more hour. Cincinnati also isn’t close to any other school in the Big 12 which basically means you’re creating another island.

The question then becomes whether Cincy has reached their potential as a school. Even in the Big East, they weren’t a power in either of the key sports and did little to upgrade their situation. Sure, they’re decent and won’t embarrass you, and some may like that, but the Big 12 needs bang for their bucks and Cincy has never shown that capability. Other candidates on the list have.

I guess it’s just strange to me that they’d be one of the top 3 as BYU, UH, UCONN, and, in some ways, UCF have stronger resumes. They almost seem like the candidate that would be thrown in as a fourth because, “hey, we need four teams, not three.”

If i could like a second time I would @pray10, I have been wondering this whole time about why cincy has been so highly considered and i think you but what I had in my mind into words perfectly. i too am on the side of cincy being really mediocre as a candidate and I just hope all of the consulting firms they hired catch all of the things you mentioned before they make a decision.

supposedly, the consulting firms dont like them as a candidate , and neither do ESPN and FOX…i do not know how they have maintained their status, but when its bottom line time, they likely get left behind unless Big 12 takes 4.