Lot of articles today mainly having to do with Ourand’s SBJ article regarding ESPN/FOX displeasure with expansion. Discussion in regards to that article can be found in the following thread:

If this were 5 years ago when there was enough money floating around to entice schools, I could see it. In this age where ESPN/FOX/etc are hurting because of cord cutters, there’s just no way. I think we’re starting to see the last realignment wave for awhile. Once the Big 12 settles on who they want to add (if they do), I’m not sure there will be any push to add anyone else. Maybe if a few of the remaining G5 teams rise up and have all the qualifications, but the more that we enter the age…

I’ll break the posts up between national, Big 12, local writers to better parse through it: 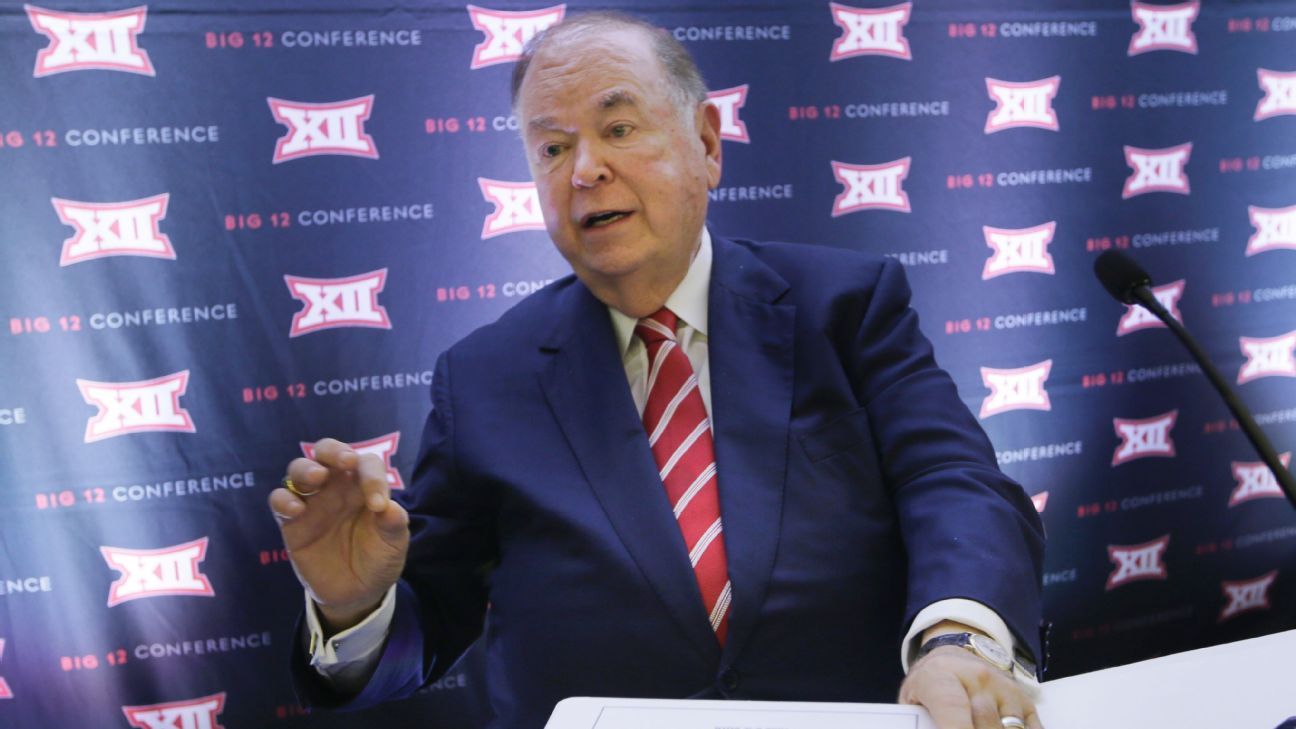 In expansion talks, just what does OU really want?

A TV network? Getting BYU in? In Big 12 expansion, Oklahoma and David Boren have all the leverage to make moves. What isn't clear, however, is what the Sooners hope to get out of it.

Five years later, the Big 12 faces another fork in the road. Once again, the Sooners are on the spot. Only this time, Oklahoma is loaded with leverage – to dictate what happens to the conference’s grant of rights, its composition and its overall future.

Can Texas and Oklahoma work together in Big 12 expansion? 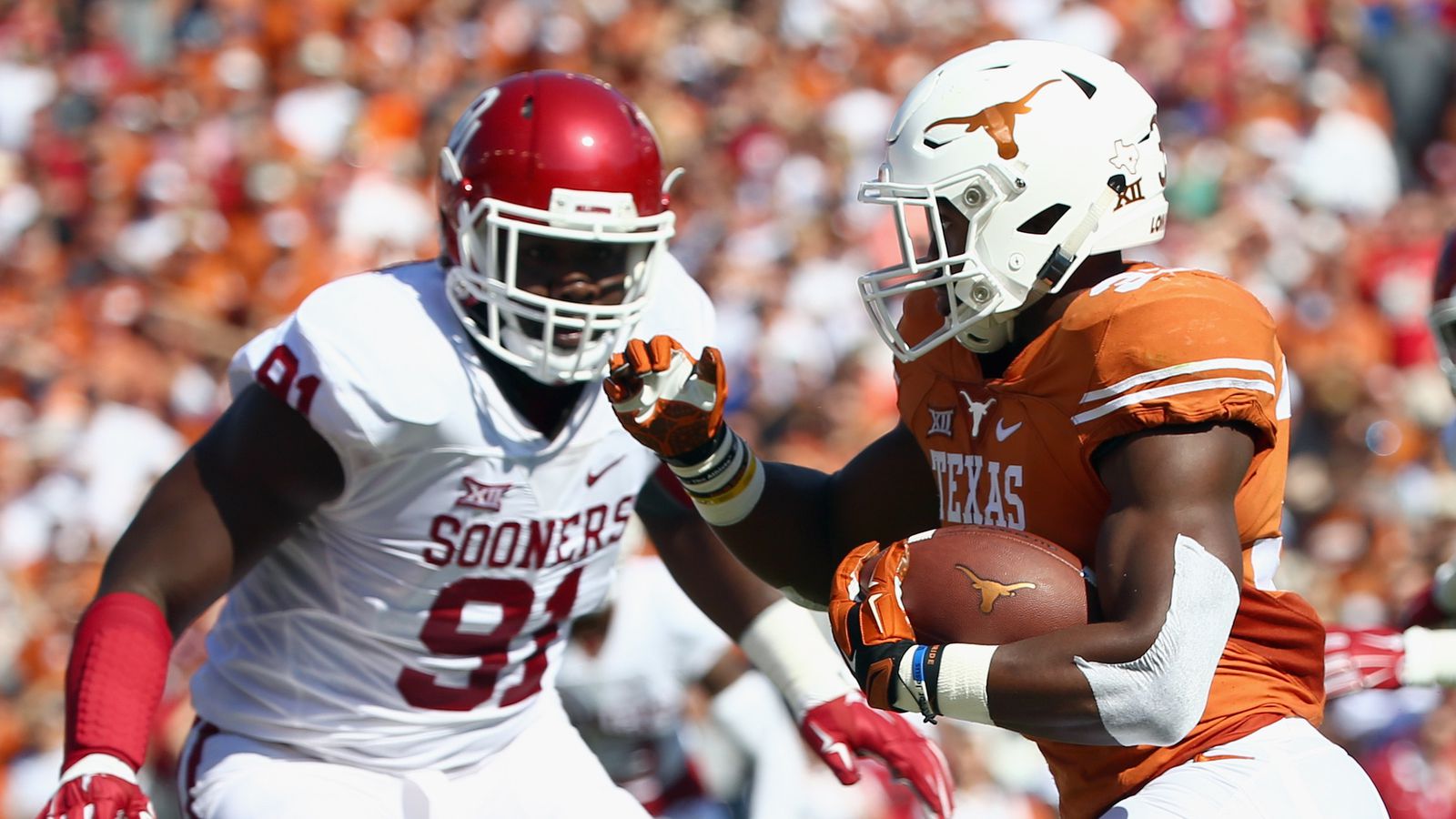 Big 12 expansion could be UT vs. OU vs. ESPN

Common ground between the two rivals could be very good for BYU, Cincinnati, or Houston and not so good for other candidates.

Texas could help get votes for BYU, and Oklahoma could do the same for Houston, and the networks could settle for two-team expansion that costs a lot but not as much as four teams.

That would require Oklahoma to sacrifice its Cincinnati goal, or perhaps to swap the Bearcats for BYU. It could also cost the networks a lot of money.

Big 12 expansion battle lines drawn with TV rights holders 'pushing back’
ESPN and Fox are none too thrilled that the Big 12 is seeking to expand, particularly because of the teams it is considering
Dennis Dodd

ESPN and Fox are none too thrilled that the Big 12 is seeking to expand, particularly because of the teams it is considering

The basic question: Does the Big 12 care about angering its rights holders in future negotiations? Even with Texas and Oklahoma as Big 12 members, those rights holders might not be willing to pay as much for a league that includes, for example, BYU, Cincinnati, Houston and Memphis.

More Dodds on an interview with WHB 810 in KC: 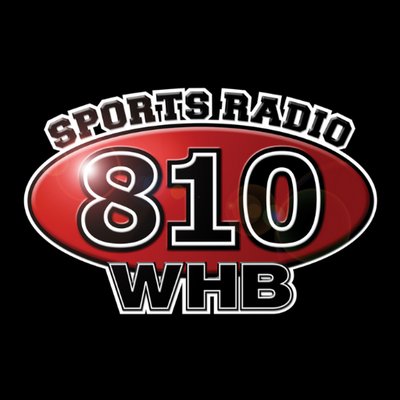 As speculation about Big 12 expansion candidates continues to circulate at warp speed, the league’s primary television partners are pushing back in attempts to add new teams to the 10-member league simply to produce a short-term financial windfall.

“It’s a mutually binding contract that we put in place four and a half years ago,” Bowlsby said. “So I don’t think we have to make apologies for activating around stipulations that we both agreed to.”

AUG 1, 2016 - From the tone taken recently by league leaders, we could tell the Big 12 was none too pleased with TV types. Now we know the feeling is mutual. On Monday, the Sports Business Daily reported that ESPN and Fox are pushing back...

Big 12 TV partners ESPN and Fox Sports aren’t happy with the league’s expansion talk, and it’s easy to understand why. In a story first reported by Sports Business Journal, the TV partners would have to shell out millions more in rights fees and...

An executive with one of the Big 12 Conference’s television partners said in the first hours of Media Days in July that he believed expansion was a good idea for the Big 12 — in a decade or so.

Later that day, word started spreading about an Atlantic Coast Conference network and by the end of the following day, the Big 12 said exploration of expansion candidates was immediately back in play.

NEWPORT, R.I. — The clambake is an annual tradition, going back to before the American Athletic Conference was a thing. It's a very cool way to kick off the league's media days, football coaches and players, athletic directors and league officials...

(If only, some Big 12 types are thinking right about now, their league had the same philosophy.) “Once this is over, we’ve still got a really, really strong conference that has a goal to make it the ‘Power Six,’ ” Aresco continues. “I think we can continue this progress.”

“The Sooners have long believed to have had their eye on BYU, which has the strongest football brand of any non-Power 5 school,” Trotter wrote. “The Cougars also have a national following through the Mormon Church, and operate near Salt Lake City, a top-35 TV market. Boren also has shown interest in Cincinnati; he traded emails with then-Cincinnati president Santa Ono last year. Besides that, Boren could also press Texas to support a four-school expansion, which would net the conference an additional $50 million a year.” 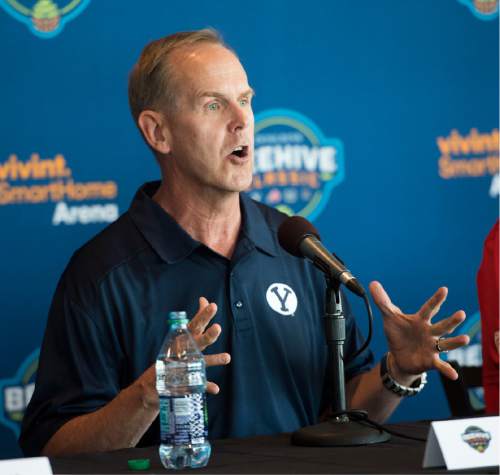 Several recruits have said in the past few weeks that BYU coaches have told them the school’s prospects of being invited into the Big 12 look favorable, but are not certain.

Ohio Gov. John Kasich has asked the Big 12 Conference to invite the University of Cincinnati to join the league.

Kasich individually addressed a duplicate of his four-paragraph letter to Bowlsby and each of the 10 presidents and chancellors, including West Virginia President Gordon Gee. Kasich and Gee have had a strong relationship for a long time, dating to when Gee was president at Ohio State. Kasich leaned on Gee for guidance on budget and other higher education issues, even after he left Ohio State in 2013.

The SEC unveiled a slogan at their media day extravaganza: “It just means more.”

That would be Mike Aresco, the American Athletic Conference commissioner, who may begin Tuesday morning’s annual state-of-the-conference speech by asking, “Was it something I said?”

No, Mike. It really wasn’t. Although everyone would understand if you think so, given that you’ve already presided over one league’s demise.

Memphis, BYU, Cincinnati and Houston – who reportedly have emerged as leading candidates – are caught in the middle of a confusing process. Whether the league adds four, two or zero teams remain uncertain.

Still, a range of options remain. But the key decision, as Brown discusses, is appeasing the University of Texas. He writes that Texas officials would be willing to agree to four-team expansion if there’s “no extension of TV rights or grant of rights (which grant a school’s rights back to the conference it departs).” He said if ESPN and Fox mandate an extension, Texas could balk.

ESPN and Fox reportedly are balking at the idea of paying $400 million or $800 million to the Big 12 to add two or four teams.

5. My guess is conference expansion is still on. Indeed, Dennis Dodd of CBSSports.com has reported that he believes it will be wrapped up early in the football season. One solution would be to add four, but negotiate lower rates with ESPN and Fox. That seems sensible to me. But these are nerve-wracking times at the University of Memphis, as they well should be. With Big 12 considering expansion, UCF should be top choice of league presidents.

It’s your mission as the custodians of the conference to take pandering politics out of it, employ a long-term big-picture approach and consider all the pertinent numbers — projections and potential; analytics and academics. If you do this, as I’ve written before, I’m confident you will conclude UCF is geographically, demographically, athletically and academically the No. 1 option to become the next great institution of higher learning in your prestigious league.

The Bulls can point to past success in support and rankings.

In addition to past attendance, it’s believed USF will point to the 26 weeks it has spent in the Associated Press Top 25 poll in the past 11 years, a figure competitive with Cincinnati (36) and Houston (32), and significantly greater than UCF (11), Connecticut (six) and Memphis (four).

NEWPORT, R.I. - With the Big 12 Conference's recent vote to pursue expansion, there will be plenty of schools more than willing to be part of the process, including Temple.

“We have the fifth-winningest basketball program in the country and football is emerging as this great program,” he said. “We have had five bowl-eligible seasons in seven years and we believe we are as qualified as anybody else.” 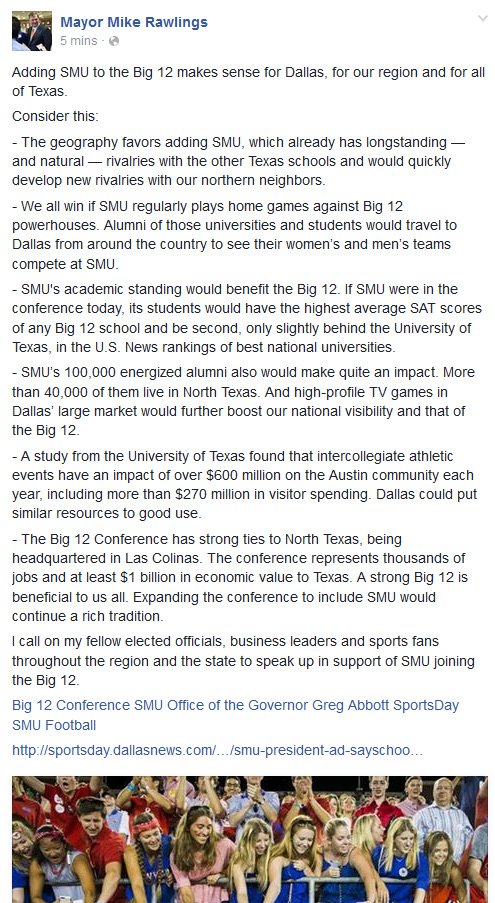 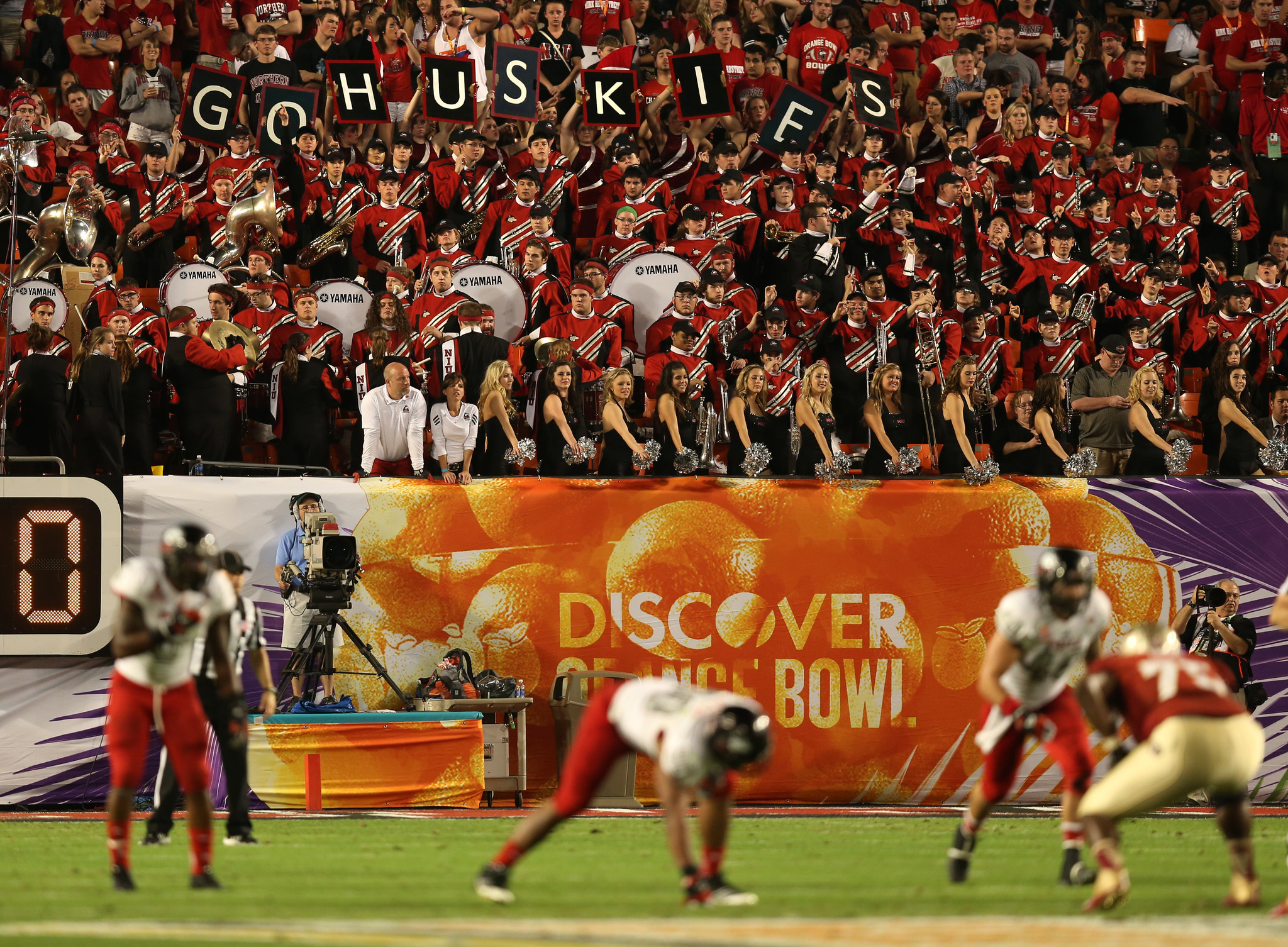 Chicago is both a blessing and a curse for Northern Illinois, which struggles for attention and alumni dollars in a market all about professional sports.

The product on the field remains terrific — NIU opens camp this weekend in DeKalb with an eye toward a seventh straight appearance in the Mid-American Conference championship game — but any hope of turning that success into major-conference dollars is held back by an alumni base that has largely returned to lethargy. 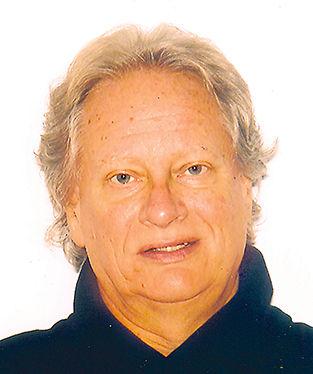 Welcome to "Second Guess" Tuesday.This is much like two-for-Tuesday specials, but with opinions instead of pasta.n Would it really cost a Conference USA member school only $400,000 in exit fees

So, if a C-USA school would want to leave and join the American Athletic Conference, which is a popular subject of conversation currently, it would entail two years of limbo and roughly $5.6 million in exit fees.