Today’s round-up features Dennis Dodd getting on his high horse, ECU basically doing everything they can to let the Big 12 know they’re available, Memphis folks coming to the realization that academics may be holding them back, and a rundown of CUSA schools that the American may consider and those that probably won’t.

There really is only one topic in the Big 12 -- Big 14, anyone? -- and so we delve deep into expansion domination.

Trotter: That theory has been floated, and though it makes sense, I really don’t believe that’s what’s happening. As of at least last week, I know for a fact Oklahoma and Texas were operating in good faith behind closed doors in order to keep the Big 12 together. The pro-rata money certainly is a massive benefit of expansion. But I’m skeptical that the Red River schools are simply out to make a short-term money grab with current plans of bailing at the end of the grant of rights.

Big 12 expansion: Public pandering by AAC schools is borderline embarrassing
Screw what the AAC – created to save some of these schools – thinks: It’s Big 12 or bust for some programs looking for greener pastures 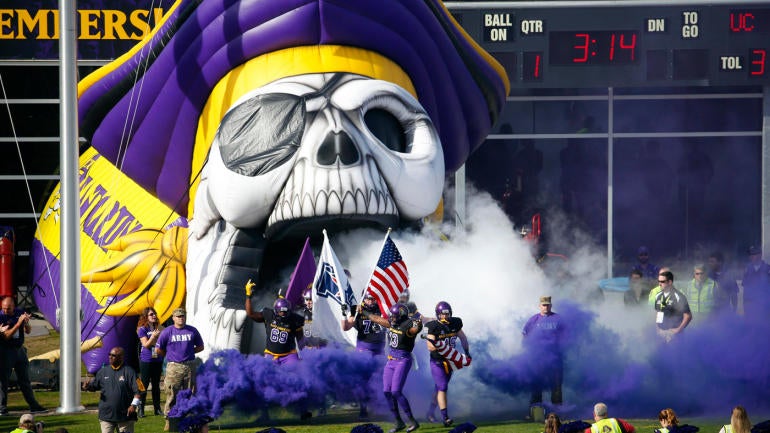 Screw what the AAC -- created to save some of these schools -- thinks: It's Big 12 or bust for some programs looking for greener pastures

SMU has the academics. Houston has the market. UCF has the upside. Memphis has FedEx CEO Fred Smith’s riches. (Timberlake’s cache is being a native of both Memphis and the boy-band movement.) BYU has something largely lacking in this discussion – a tradition of big-time football. 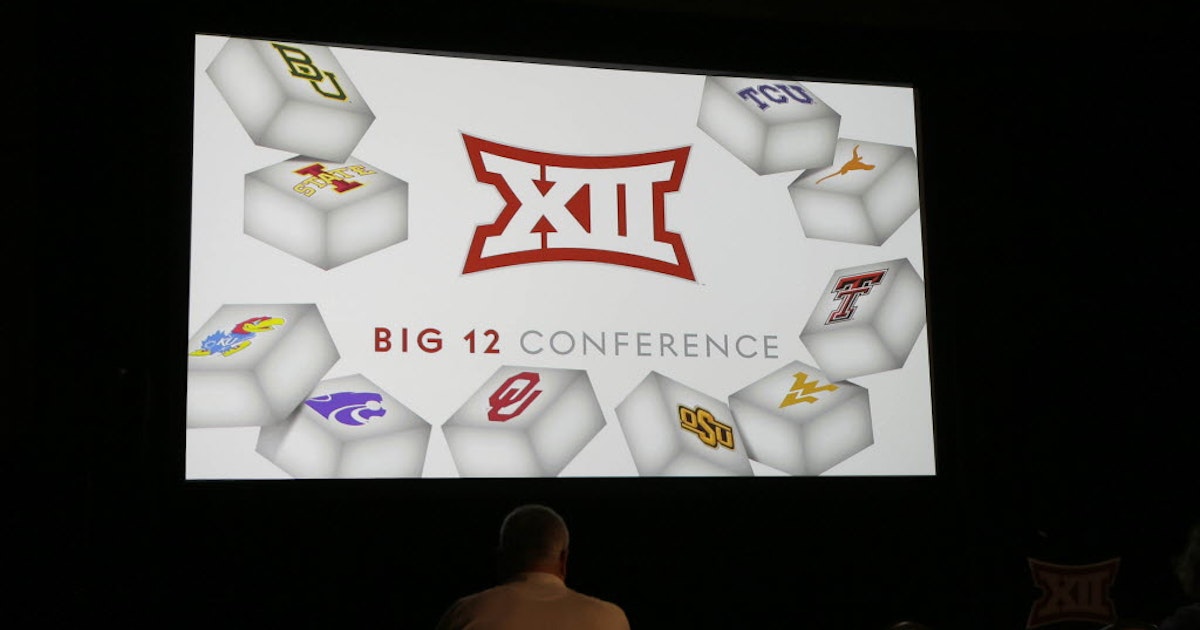 The Big 12 would prefer to wrap up its expansion process before the start of the 2016 football season on Sept. 2, three persons with knowledge of...

East Carolina’s athletic department social media hashtag is “ECUndaunted.”The Pirates certainly are undaunted when it comes to their approach to pursuing membership in the Big 12.

“It doesn’t mean ‘I don’t like you guys,’ ” she said. “You have to look out for what’s best for your program, university, city, state. What would be best would be going to the Big 12, for us. If we don’t get the offer, we’re very happy where we are. We don’t want to say we don’t want the offer. We want them to know we would be interested and that we would really want that.

Politics and Football, Cougars Get Support From Governor

July 29 Photo by www.houstonpublicmedia.org Chuy Perez @chuydperez July 29, 2016 Politics and football are two of the most important things in the state of Texas,

While everything Gov. Abbott and Lt. Gov. Patrick expressed is purely a matter of opinion, it sure makes it an interesting time for the Big 12 as expansion looms over the conference’s future plans.

American Athletic Conference Commissioner Mike Aresco Admits “Some” Teams Might Leave For Big 12
The AAC knows expansion’s coming for them and now the league is bracing for impact. 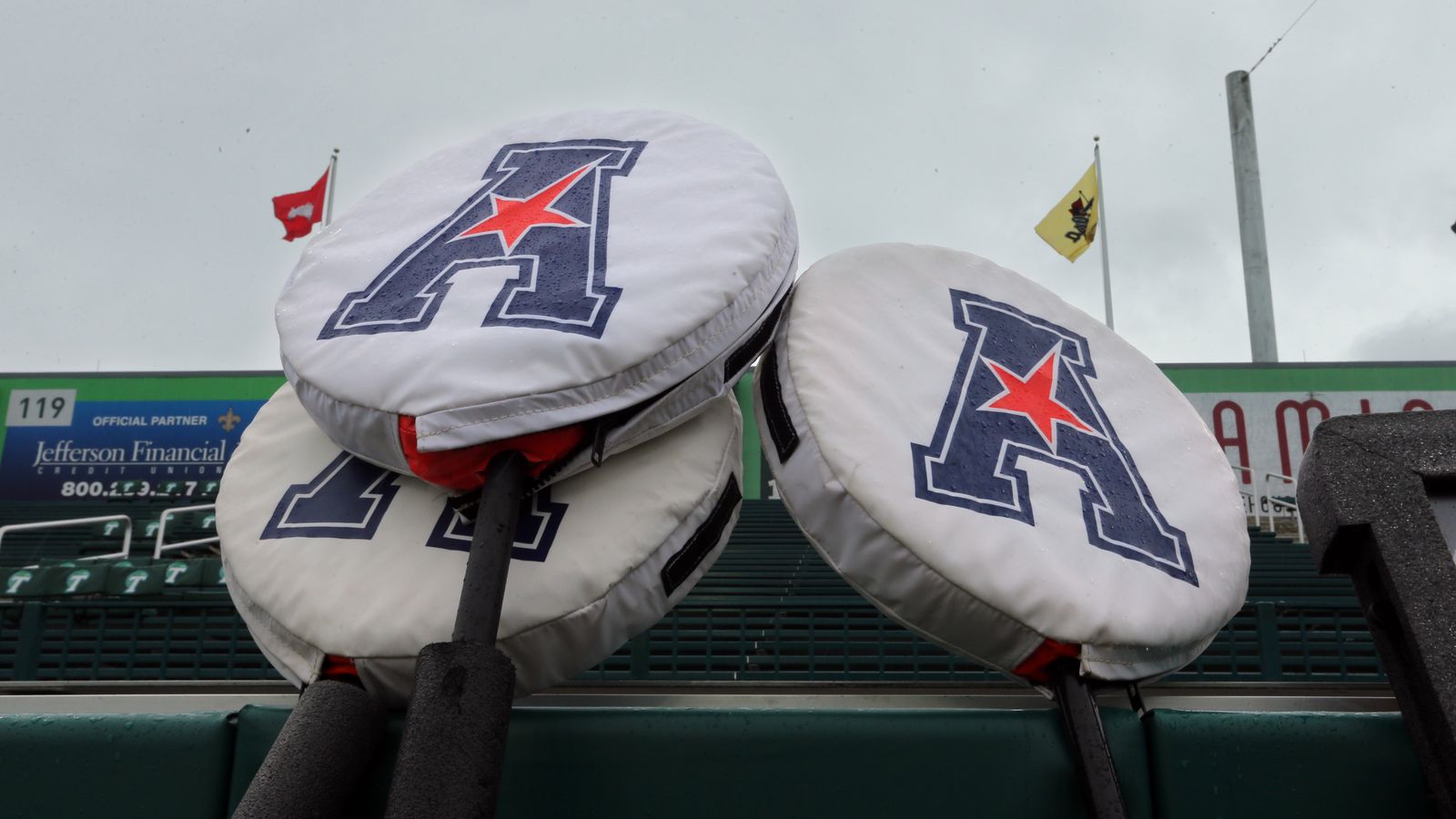 The Big 12 expansion train is going almost full steam. The American Athletic knows this and is preparing for the worst.

The question becomes will the American Athletic lose two, three or four teams? Two might be okay as it leaves the league at 10, a point Aresco brings up, but three or four could mean the dominoes begin tumbling and the AAC needs to shore up their membership.

Three sources told the website that Big 12 does not want the expansion talk to overshadow what appears to be an interesting upcoming football season.

A prevailing theory is, a delay in the decision gives USF – a trendy pick to win the American Athletic Conference’s East Division – more time to fortify its football brand and improve home attendance. Consider how appealing a Bulls upset of FSU – before a likely sellout crowd on Sept. 24 – would be to Big 12 honchos watching.

ECU is, to be fair, on par or in better shape than all remaining non-power-five bidders. Yes, including Houston, who themselves are not full go on the idea of joining the conference just yet. Due to overkill on the many teams in the state of Texas already. And the fact that it could be limiting when talking recruiting and postseason play, even after their recent years of dominance in the American Athletic Conference.

A report suggests the Big 12 wants to wrap up expansion by the time its football season starts Sept. 2.

Both talked up BYU as a potential football-only member. Beyond that, Staples said UConn is “intriguing,” Cincinnati has a “strong case,” and he also mentioned Central Florida.

Dodd mentioned several schools — from Boise State and Colorado State as potential football-only mates to BYU, to Cincinnati and Houston as all-sports members — but not Memphis.

Assessing a candidate’s reputation can be somewhat vague. Is it a high academic rating coupled with limited off-the-field, off-the-court issues?

Many have defaulted to the U.S. News and World Report’s “Best College Rankings” of 2016, the list that ranks U.S. colleges 1 to 199. Of all the criteria Oklahoma president David Boren, the Big 12’s board of directors chairman, spoke of last week in Dallas regarding the assessment of prospective expansion members, this one favors the U of M’s competition. UConn leads the pack of hopefuls with a No. 57 ranking. BYU is No. 66. Cincinnati is 140. South Florida is 156 and Central Florida is 168. Houston is 187. Memphis is in the bottom 25 percent, or a group of colleges not ranked. 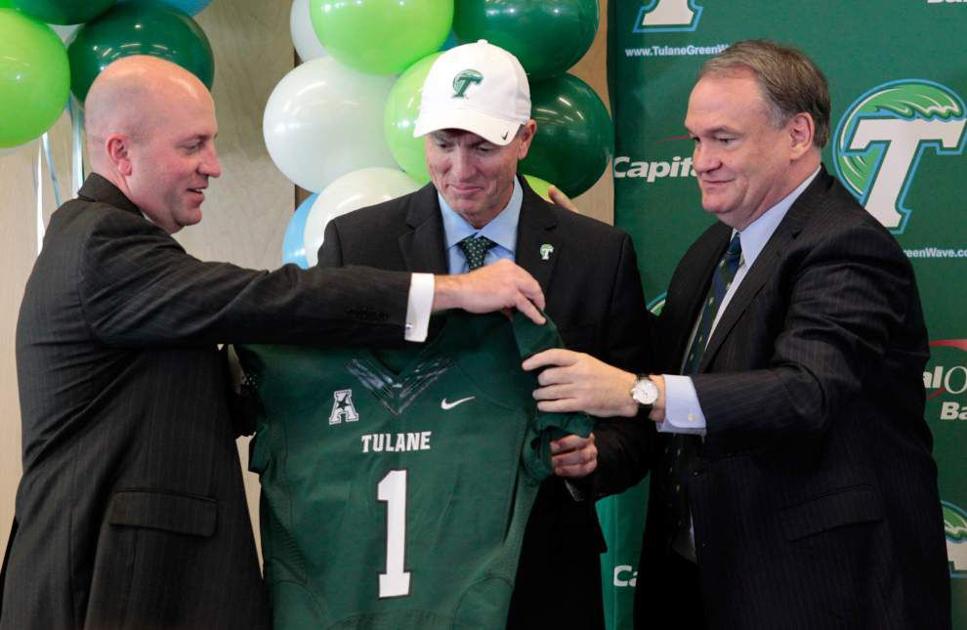 The Big 12 is angling to finalize expanding its conference before the 2016 football season starts, according to a CBS Sports report.

Tulane’s sterling academic reputation could intrigue Big 12 member school presidents and chancellors – the conference expansion decision-makers. As a member of the Association of American Universities (AAU), Tulane is considered one of the top 62 research universities in North America. It’s a distinction many sources at Tulane believe is a critical factor in their pitch to those Big 12 presidents, who have seen the league lose three AAU members (Colorado, Missouri, Texas A&M) and not gain any in the past five years.

A look at the most up-to-date news,speculation and opinions about big 12 expansion.

“If you’re putting the most weight on football/men’s basketball success, it’s difficult for the hopefuls to beat BYU in this category,” Stukenborg writes. “Still, Cincinnati runs a respectable second.”

If the Big 12 takes American Athletic Conference teams, which programs could jump to the AAC?

Rundown of all CUSA teams and the likelihood of the American considering them. Contenders are listed as Marshall, Rice, MTSU, Southern Miss, Old Dominion and Western Kentucky with Louisiana Tech, UTSA, and FAU on the Cusp.

The article on East Carolina was pure torture.

But unfortunately they are starting to all look like ole stadium seat gum wads … rechewed ad infinitum.

The sooner we can get to the Big12 announcing their finalists … THE BETTER … and we can put all these desperate writers and their favorite schools out of their misery.

I guess we can also conclude that the Pac12 ACC or B1G … WILL NOT … be bidnapping any of these finalists at the last moment as some had hoped.

The B1G hasn’t anyone to gather in now that the best of the AAC is GWTW.

On a final note … once the four teams are secure in the Big12 … I don’t doubt that a network will be next on their agenda … and if so will diminish any talk of UT/OU leaving in the future.

I feel sorry for ecu, I think they are a much better choice than uconn and make a good travel partner for wvu and UC. they have rabid fans and are fun to play.
they make sense to me for inclusion, too bad big 12 makes no sense…

Right. ECU would make the most of their opportunity I believe.

Agreed. That ECU “article” was full of factual inaccuracies and opinions stated as facts. E.g., saying ECU was only candidate school doing “full cost of attendance” whixh is not unique to ECU.