After months of speculation, the end, one way or another, could be near for one of the biggest off-field storylines in college football over the past several months. The Big 12’s board of dir…

The speculation of late, especially as it pertains to the reported waning of Oklahoma’s support for expanding, is that the Big 12 could indeed be leaning toward staying at 10 teams, or at the very least tabling the expansion discussion for now. While “pretty much all the options are on the table,” Carlton writes, the likelihood of standing pat has grown of late.

Answers about Big 12 expansion may or may not come Monday
http://sports.yahoo.com/news/answers-about-big-12-expansion-may-or-may-not-come-monday-160707372.html

But there will be more rumors and next one might be about teams, such as Oklahoma, leaving for what they perceive to be greener pastures. There’s no question there’s a lot of dysfunction in the Big 12 and calling off expansion after so vehemently and publicly pursuing it would be a major gaffe in the eyes of the college football world.

The Biggest Problem For the Big 12: Academics?

The Biggest Problem For the Big 12: Academics? | HawkeyeNation

When the Big Ten expands (and we are talking about a 'when' and not an 'if'), there are a few Big 12 targets it may consider. Few, as in very few, as several Big 12 schools have an academic profile problem.

This, from the WSJ: “The league also rates as the worst in the college rankings among the power five conferences, with just Texas (51st) cracking the top 100.” 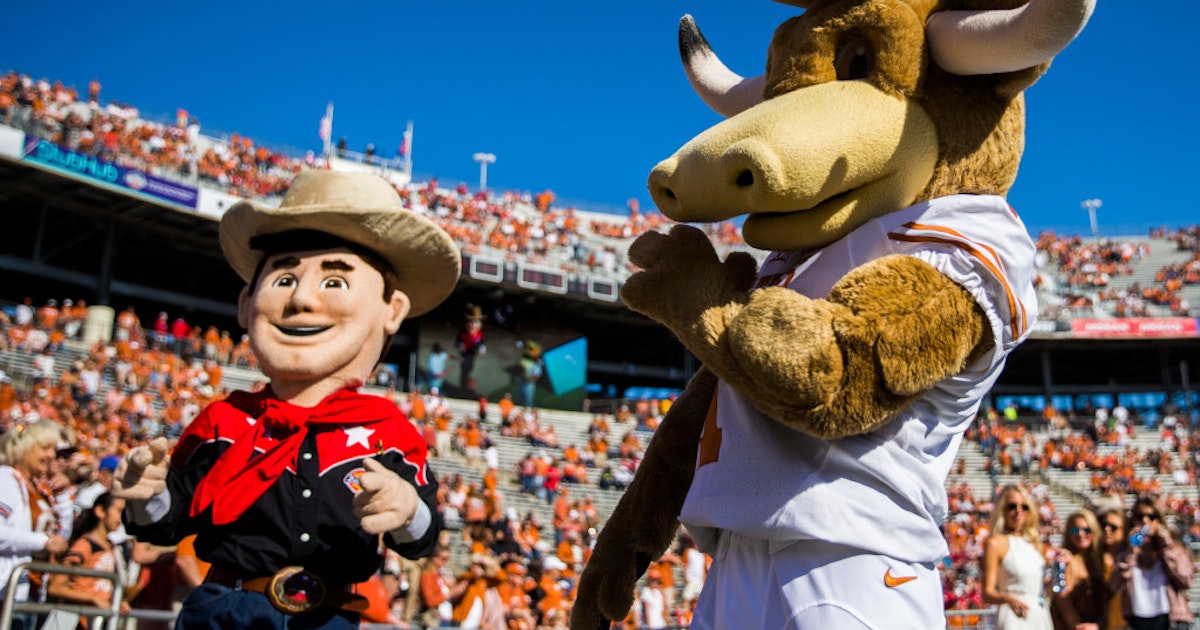 There should be no expansion in sight for the Big 12, college football's weakest...

The only person in the Big 12 on a hotter seat than Charlie Strong is commissioner Bob Bowlsby. It's remarkable that a man with this much intellect...

Oklahoma president David Boren has flip-flopped on expansion in recent weeks. He has responded to UT’s support of the University of Houston with outright disdain. This man once said the conference was “psychologically disadvantaged” because of only having 10 schools. Now he believes there’s no need for expansion.

10 things to know ahead of Monday's Big 12 expansion meeting: Who should be...

With potentially definitive decisions coming as soon as Monday on whether or not the Big 12 conference will actually expand, here's some of the...

If David Boren keeps flip-flopping, this thing isn’t going to happen. I wish Bob Bowlsby had more power in this thing. He’s having to just wait on the presidents. Now T. Boone Pickens is calling out Boren for being old and confused. UT came out so strong for UH that it seemed a bit forced.

Is Big 12 leaning to not expand?

Colorado State University remains a candidate for Big 12 membership, if that conference chooses to expand.

For USF and others, an expansion decision might be days away.

Bottom line: No fewer than five current AAC residents will be deemed prime commodities when the next wave of expansion occurs. And occur it will. 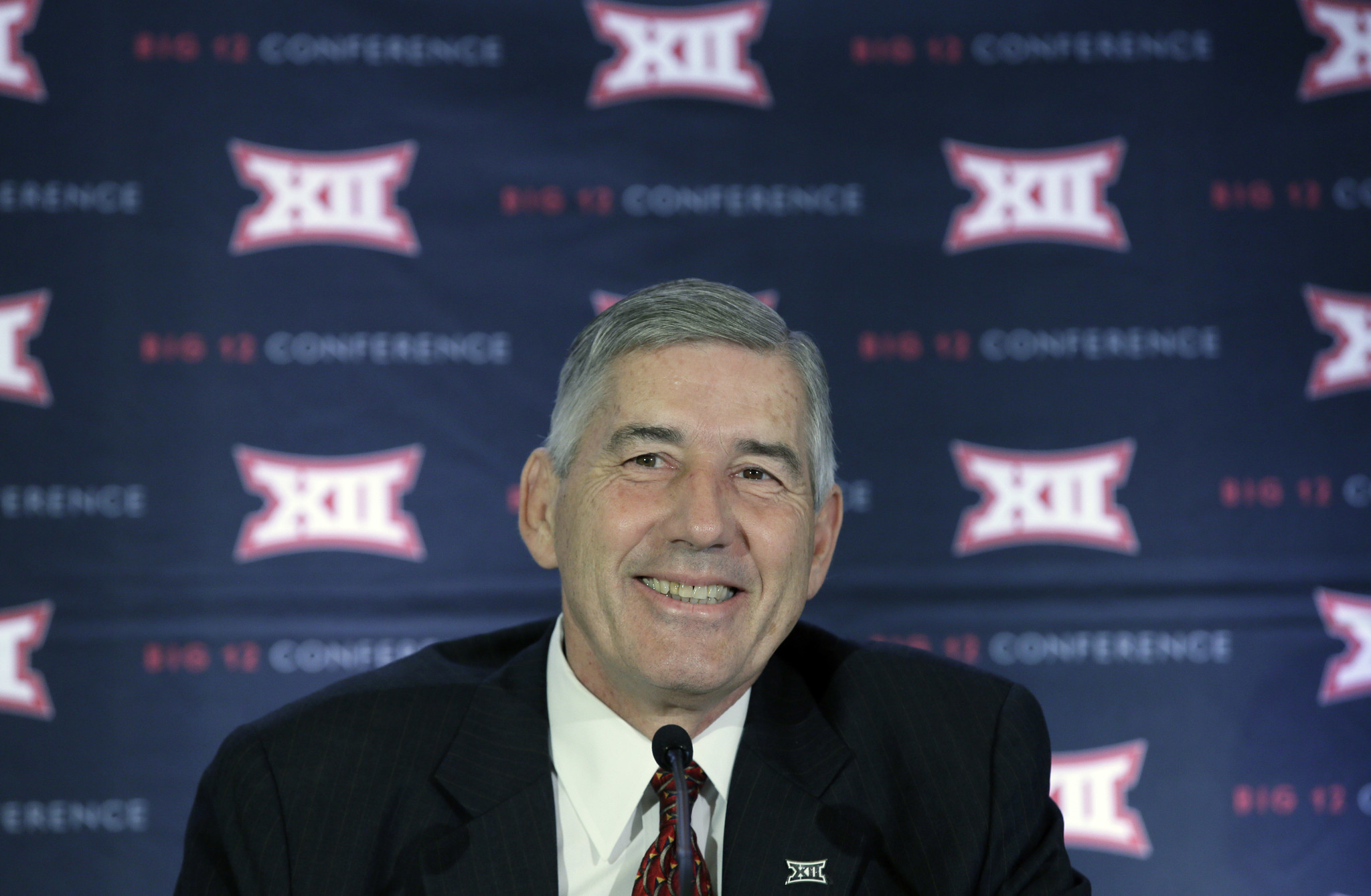 Experts Say UConn Should Have Backup Plan As Big 12 Meets Monday To Tackle...

UConn Waits As Big 12 To Decide On Expansion On Monday

“I would say that their best hope would be to pursue something along those lines and somehow try to re-affiliate with the Big East,” Riske said. "I don’t know what that would mean for their football program. But if you look at the revenues, men’s basketball generates more than the football program, which is a rarity among Division IA programs.

“I don’t think we need to get into a vindictive, behind-the-back sort of thing because it’s not healthy for anyone. All we ask that when schools are in Conference USA, they support Conference USA. Because no one knows what the future is.”

@UHAlum If (and a big if) Big 12 adds BYU as football-only, it needs another football-only school. Full member = odd number for hoops, etc.

As a UH fan this would be ideal. Plenty of room for all the schools who, IMO are on par with the bottom-middle of the P5. The key to this scenario is Big12 survival. I like our chances with 80 schools vs 64.

UT/ESPN and OU/FOX must come to a compromise. At some point they have to come to the realization that the grass is not always greener. OU will not get as many Texas recruits if they move to the Big10. UT will not be have the same amount of control over a different conference.

“UT came out so strong for UH that it seemed a bit forced.” I agree.

Football only in the Big 12 would be fine by me. AAC hoops isn’t as good as the Big 12’s but it’s quite good and there isn’t a P5 deal there. Plus you have fewer travelling.