Not a lot today:

Seen From Both Sides, Lew Perkins Can’t Predict What Big 12 Will Do 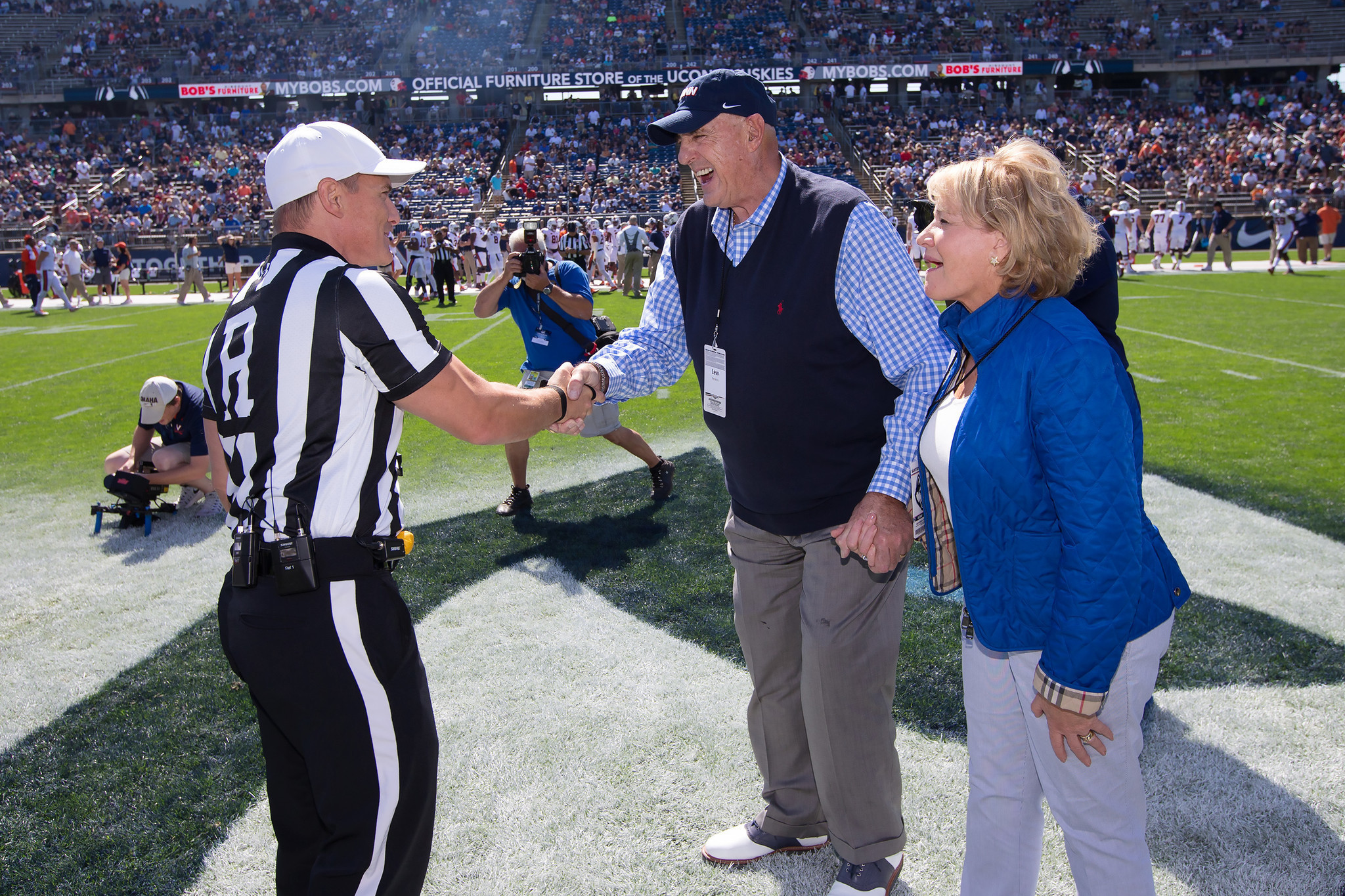 Jeff Jacobs: Seen From Both Sides, Lew Perkins Can't Predict What Big 12 Will Do

“You look at the other schools. Houston is interesting. The Texas schools want them, but they don’t want them. They kept them out a long time. They’ve also got things going down there. They’re going to have trouble keeping them out. BYU? Who knows? To me, they’re like Notre Dame. Stay away from them. Memphis. They’re out already. Cincinnati? Who can say? There’s no consensus. So why not Connecticut?” 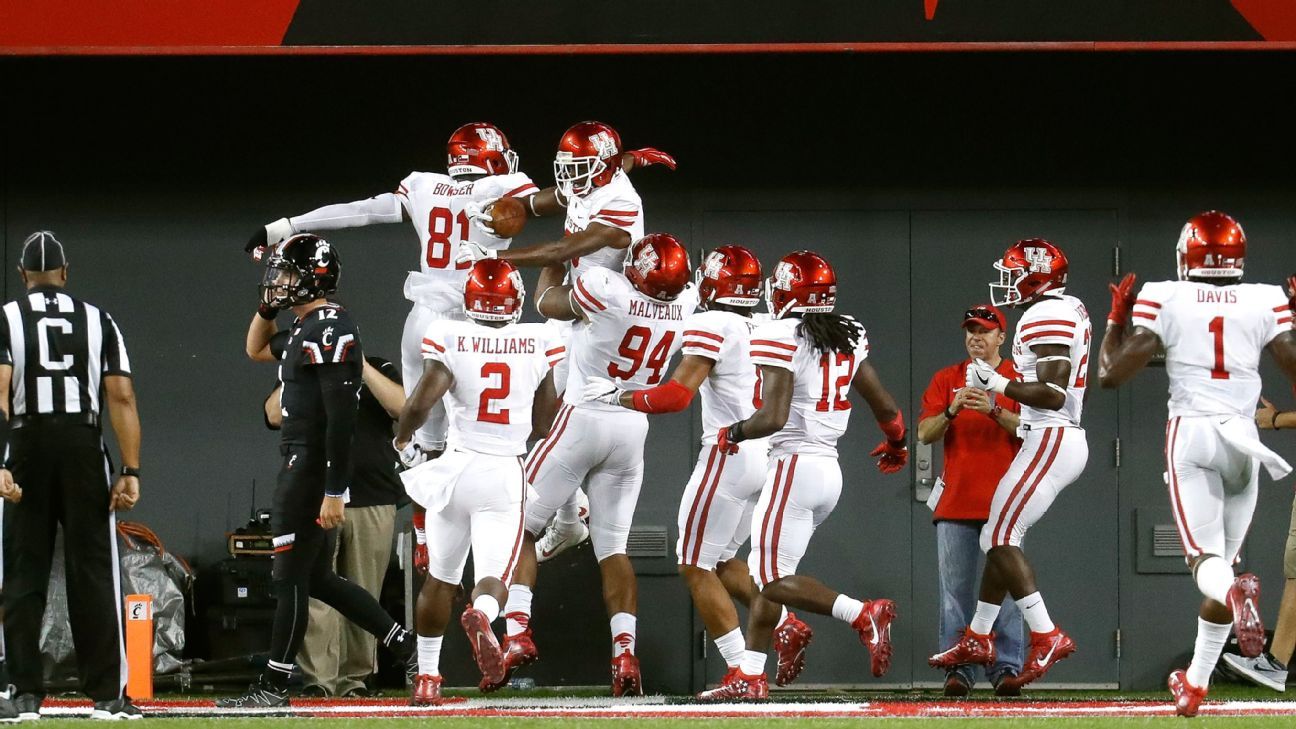 Houston continues to be the standout candidate among the front-runners to join the Big 12.

Team of the week: Houston

I promise we’re not going to give this honor to the Cougars every single week. But the way they responded in the fourth quarter of a tight road game at Cincinnati, with a 28-point run for a 40-16 win, was certainly impressive. Greg Ward Jr. showed off his toughness and his defense had his back with back-to-back pick-sixes to finish the job. Great hard-earned win that further bolstered the respect UH is earning nationally.

Cougars an intriguing match up for several reasons

WVSports.com - Cougars an intriguing match up for several reasons

When it comes to the topic of Big 12 expansion as a whole, Holgorsen reiterated that he is in support of the league moving to 12 teams and implementing a championship game but deferred any specific schools he would like to see added to the conference to the presidents and commissioner.

Holgorsen on whether BYU is too far away from WVU to join Big 12: "It would only be a once-every-four-years game, I would anticipate."

The BIG12 needs to change the narrative as soon as possible. Either name the 4 schools or cease & desist on expansion. It's lasted too long!

The Houston/Cinn. game a last week a TV matchup for @American_Conf had far too much expansion talk. Not the commentators fault. It's news.
2 Likes
VanCOOG (VancouverCOOG) September 20, 2016, 10:41am #2

Good call by Tim Brando. I think the Big 12 presidents should meet sooner and make their decision before the end of this month, imo.

This has really gone on too long. My best guess is there is resistance to those they proposed.

Every week it gets worse.

There is no team that they should lose to, but they will find a way.

Of course this is college football. B1G looked this bad a few years ago and now everyone is drooling over them.

My guess is that OU had a different idea of who they wanted to see expand from Texas, and from the leaks, OU got rolled.

The funny thing about leaks is they can tell us a lot about the leakers. Usually, if things are going good, you don’t leak. Why would you? You’re getting what you want. Any leak from your side can only hurt you.

Institutional leaks happen to try and change the narrative or direction of the conversation. It seems the biggest leaks are coming from two sources: BYU and OU.

I think Boren wanted expansion for BYU (and was indifferent to Houston) and the current political climate is sinking their candidacy. Boren needed to tap the brakes and gain leverage over Texas (who has been pushing UH) and that is why we see so much talk from Trammel (Ok reporter) and why Boren made his non-statement statement to the BOR.

Same with BYU. Tim Montemayor has been pushing out a lot of news that is coming from somewhere in BYU. I think that is because of the difficulties they are having. You don’t see a lot of leaks coming from UH or Durarte would be all over it, or from Cincy who has kept their mouth shut. That, I think, is a good sign. Anything can still happen as there is politics to be played though, but by being so public, I think the B12 has painted themselves in a corner and has to take two to save face.

Two. Or two full members and two football only (BYU as one of them).

The best scenario for the B12 I see is Houston and Cincy full time, BYU and either UConn or UCF football only.
Problem with UConn football only is their greatest value is in basketball, so that messes things up a bit. Depends if the 12 is looking for market share or recruiting.

BYU has a built in fan base, but how big really is it? The census puts the number of Mormons in the US at around 6 million, or around the size of the Houston metro area…

After all this dog & pony show, I think the conference might well decide to stay at 10 members, while accepting a smaller buyout of the pesky clause in their contract. That might well result in more money for each of them, while also saving money for the TV network, making them more amenable when the TV contract has to be renewed in 7 years.

After all, uta and OU probably intend to kill the conference by going elsewhere in a few years anyway! Heck, they are probably making arrangements to do just that - as we speak.

Its hard to say. It depends on if the bean counters at ESPN think is in the best long term interest. I think they know the precarious situation the conference is in, and it may be that they have too much money on long term investment to let it die.

the league NEEDS to expand and Texas knows it and advocates it…Boren would be advocating it too if his prime candidate hadnt got so much political heat…Staying at 10 is a death sentence…Theyll expand…A good way to solve problems is Houston/Cincy full term and BYU/air Force FB only…i think the networks would like it, OU would like it, Texas would like it…The presidents will expand because their advisors and stat people and even their commish have all said it NEEDS to be done…

We all see it, yet that stupid conference just can’t seem to pull the trigger.

Aldine, UCONN as a football only member is a consideration. FOX would benefit the most because the Huskies would move the rest of their sports to the Big East and FOX has the Big East’s Tier One basketball rights in addition to the Big12’s Tier Two football rights.

In addition, UCONN is willing to play higher profile Big12 football games in NYC which strokes UT’s and OU’s egos, plus they would schedule several nonconference basketball games with Big12 schools each year.

It’s easy for BYU to join as a football only member since the rest of their sports already reside in the West Coast Conference. The Big East would gladly take UCONN who would be reunited with many old conference mates.

The Blue Cougs and Huskies can pull off football only membership easier than the rest.