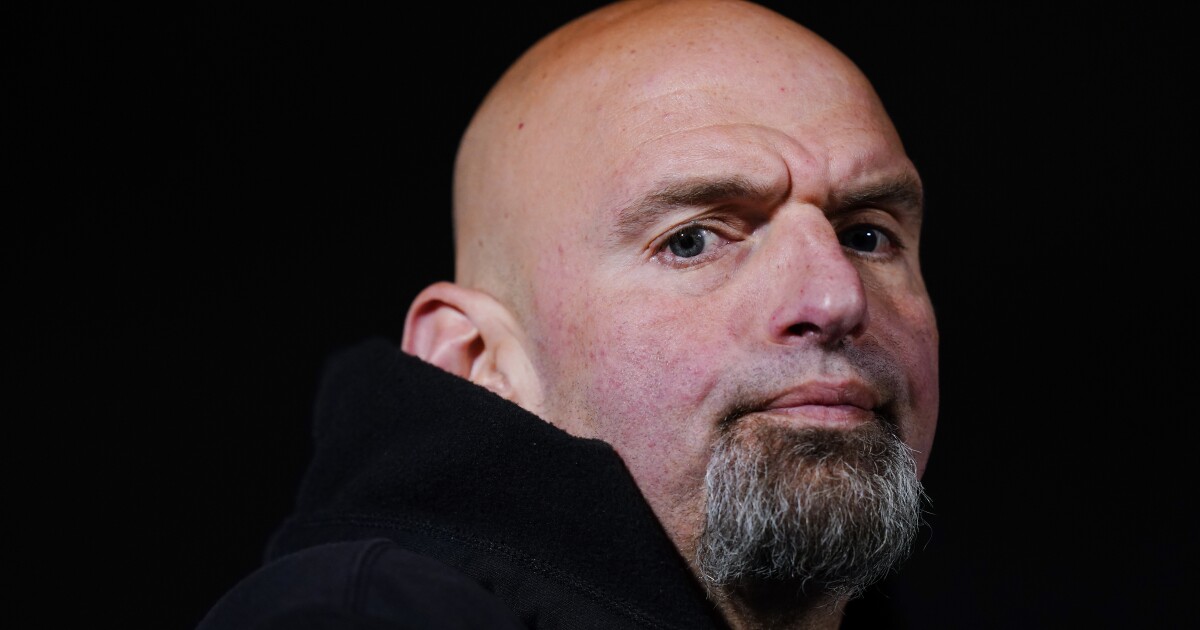 Fetterman's criminal justice record is crashing down on his campaign

Crime has become the focus of criticism for Pennsylvania Democratic Senate candidate John Fetterman, given that he wants to let as many criminals out onto the streets as possible. But Fetterman can’t expunge his record on crime in the same way he...

We can argue about Fetterman’s criminal justice record, but at least he has one. Oz is quite literally a snake oil salesman, and he has zero political experience. Walker has zero political experience and CTE (among many other problems). Where is the GOP finding these candidates? For years the joke has been that all you need to get the GOP nomination is the “R” next to your name, but that appears to actually be true these days. Crazy.

I thought you were a conservative?

Fetterman is why the Dems are funding Maga candidates. The Dems are toast if not for running against Maga freaks.

I am…the populism you support is not conservatism.

And as long as Trump and his supporters like you and 2U strive to destroy democracy I will support democrats.

Your hypocricy on being pro-life but rationalizing Herschel paying for an abortion are at odds.

But you do you, lie to yourself.

Standing up for Dr Oz and Herschel Walker, the Trump party has the best candidates

And yet he supposedly is having trouble with black voters because he’s been too tough on crime. Bottom line is he’s going to beat puppy killer quack Dr. Oz.

After the Senate passed a bill that would eliminate a federal mandate to conduct animal testing, details about Oz's experiments showed how the bill wouldn't go far enough.

Dr Oz knows a good grift when he sees one and wanted to monetize it.

Sam the ONLY way your team wins is if they run against crazy. Thats why you are funding crazy Maga candidates.

Enjoy this election cycle, it is the last one where you can do what you guys are doing.

Dog killer!!! That race is over. That is universal, everyone loves dogs. Bye Oz. Is there a clip of someone saying i don’t care if he killed dogs, we need a republican senate. Why are people willing to give up their own principles just for the party?

Come on keystone state, is this the best you got? Hoodie versus tv doctor? Seriously?

Fetterman probably should’ve tapped out at Lt Gov., but everyone running for office is ambitious. Everyone.

If the way to get on the ballot for the GOP is to deny the validity of the election in 2020, getting a solid candidate is gonna be tough. That GOP tent is smaller than a phone booth these days.

Judge X, you’d be a great candidate for the open Senate seat. As soon as you declare Trump was elected and not Biden, we can set you up with a campaign committee so you can ruin the reputation you’ve been building for the last 25 years. But you’ll win the primary.

Fetterman is a freak, Warnock is a socialist, etc. I think everyone gets where you’re coming from. And I’m not worried about Democrats. Actually it’s your GOP that is spooked about its relevance down the road given its efforts to suppress the vote. They must have concerns about future elections.

Fetterman probably should’ve tapped out at Lt Gov., but everyone running for office is ambitious. Everyone.

Running for office just requires a degree of narcissism and belief in oneself to be able to make big impacts individually. And the higher the office the greater narcissism it takes. And I say that if you’re a genuinely good person or a geniunely bad person. Running for office and ascending that ladder requires ambition and narcissism. Just like clawing your way to the top of Corporate America it requires the same thing.

I think you are worried that if we get back to mainstream GOP v Dem, the progressive liberals get pushed to the side like they always have been.

The only way progressive liberals are taken seriously is if the GOP is considered wacked out and crazy. Well the Magas are. You have this for one more election cycle. One more.

Do you think MAGA dies after this cycle? I don’t think it ends until the money dries up and i dont see it happening any time soon.

The money is already drying up. It is why the Dems are funding the Maga candidates.

Agree about the lunacy of supporting MAGA candidates. I hope you are right about the money drying up. I just am not sure it happens by 2024.