Game or No Game, What are the Odds?

Not playing Rice or Memphis early on was predictable. But the Baylor fiasco really let the air out of my balloon. So much so that I was not even a little surprised by the NTSU cancelation. Is there any reason to think the Tulane game will be anything other than cancelled?

We’ll never play again. We’re all gonna die. There - does that make you feel any better?

Hang in there. I was let down as well. I think we play Tulane.

Get that bad karma out of here!

Tulane will not cancel this late in the season as a conference game. The later we get, the less likely these games will be able to be rescheduled. I’m sure coaches have been very vocal about not having the season run into Spring camp. Tulane will play or forfeit. Either way we end up with a W!

Must be a houston thing - will the Texans get their game off due to the Vikings?

All of us disgruntled Texan fans are hoping! Can’ take anymore losses at this point.

No. Not it does not.

The season won’t run any longer than Christmas weekend. ESPN will ensure their playoffs and New Year bowl games start on time.

Statement from the #Vikings https://t.co/JMG136w2ci 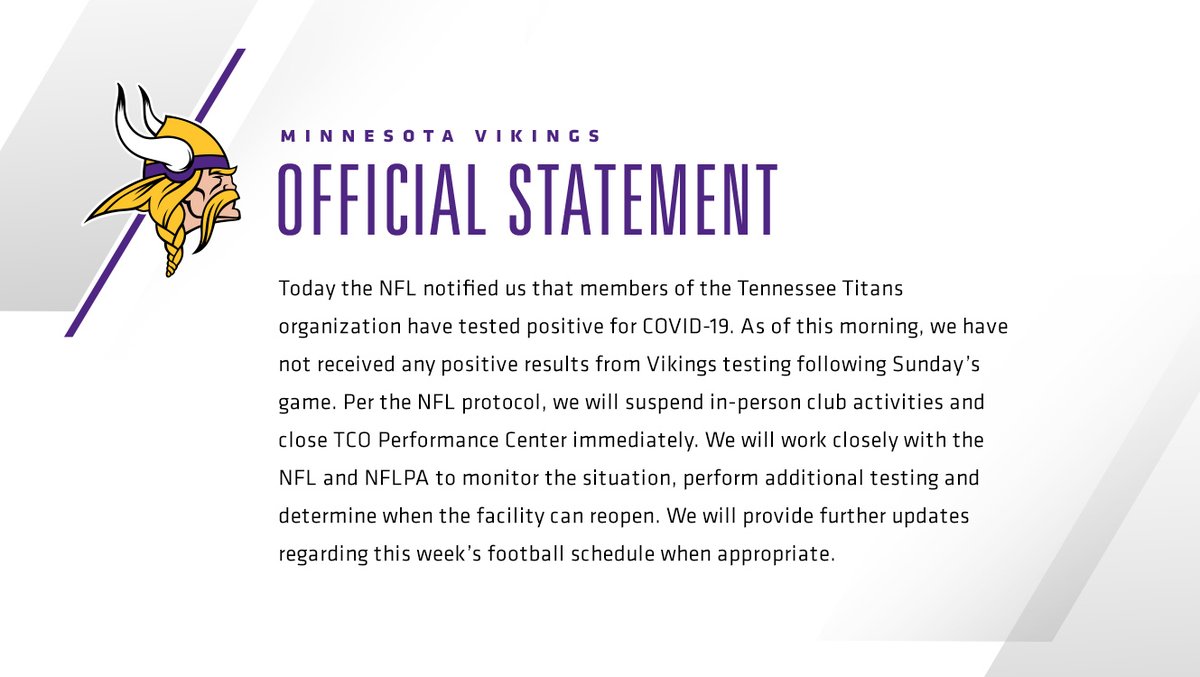 So that means the Big 10 will not have ANY positive cases or will not report any. Based on the AAC and other conferences, everyone is due at least one rescheduled game. Add in the fact that the Big 10 will start later than others, I don’t see how they can “honestly” be done by December.

I could be wrong. Everything for every team and their respective matchups could go perfectly fine.

Personally when it comes to the Big Ten, I think it can be over as soon as the CFP can plausibly put Ohio State in the playoff. They play Penn State on Halloween, a solid win over PSU might be all they need.

So are we playing this weekend or not?