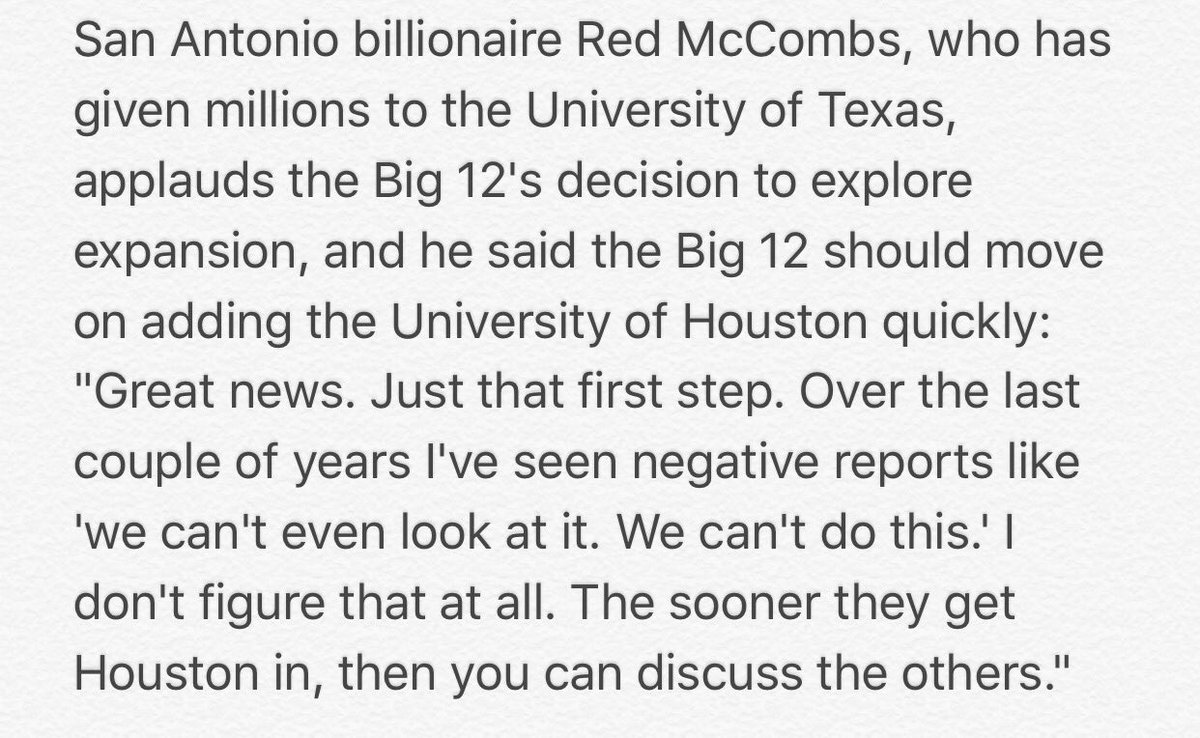 One of the few likeable UT guys. In fact, it may just be Red and Major Applewhite.

San Antonio billionaire Red McCombs is pushing hard to help get @UHouston in the @Big12Conference. https://t.co/7jZxPgoOUi

Ol’ red may have a lot of used cars he’s trying to sell in Houston.

Not so much supportive as much as he is on the outs with his alma mater because of Charlie Tuna.

He was against his hire calling the tuna man at best a position coach. This did not set well with the previous AD.

So far because of Charlie’s dismal record … McCombs has been rubbing it in … including seeing the previous AD given the ax.

As much as the 40 acres has been receiving … $$$-wise … his contributions … LHN … plus the other big time contributors … UT has been in a death spiral since Mack left and since Red is an experience man of efficiency I suspect he believes the horns are wasting money being mediocre rather than establishing themselves as a nat’l power.

I gather he sees UH as an underdog and emerging as an up and coming power entity and accomplishing a lot with the lil funds we receive.