Houston officials have signaled they will drop opposition to UT expansion

Prepare for a UT-Houston campus

Big 12 deal may be brewing between UT, Houston | Hookem.com

Supporters of the University of Houston have indicated they would consider dropping their opposition to the University of Texas’ expansion in Houston in exchange for a deal that allows the Cougars to join the Big 12 Conference, the American-Statesman...

State Sen. John Whitmire, D-Houston, laughed at the idea. One of the most-tenured legislators said Houston’s push to join the Big 12 and UT’s land purchase are two separate issues. He supports the former but unloaded on the latter.

“For anyone to think there’s a swap there, I say not only no, but hell no,” Whitmire said. “They are separate and apart. I have heard from at least four other UT universities that they are concerned about the diversion of resources from their institution to a proposed, very expensive, unpurposed site in UT-Houston.”

Whitmire said that school officials overpaid for the land and that he believes UT purposely bought the land after the last legislative session to avoid oversight. “If you’ve got that kind of money to speculate in real estate, then maybe you’ve got too much money,” Whitmire said.

Renu Khator, who serves as chancellor and president of the University of Houston System, was traveling and unavailable Thursday.

Houston billionaire Tilman Fertitta, chairman of the UH System Board of Regents, said opposition to UT’s land purchase was not a bargaining chip.

“Nobody’s put that on the table. Nobody from UT has officially put that out there,” Fertitta said. “We don’t know right now what UT is really trying to do in the city of Houston. … We know they didn’t follow proper protocol with the state of Texas to do it to begin with. Come sit down and talk to us, OK?”

McRaven, however, denied a deal was in place.

“There’s no connection between these two matters,” LaCoste-Caputo said. “Chancellor McRaven has repeatedly said that he looks forward to making the case for the benefits that can come to Houston and Texas from this initiative in Houston. He’ll continue to do so, regardless of what the members of the Big XII decide with respect to conference expansion and the University of Houston.”

“Nobody from UT has officially put that out there.” Fertitta said

Translation: It’s been part of the informal discussions.

I hope it’s not. Should be two separate issues. Even if they offered us full membership in Big 12 with no tiered buy in. UT Houston ok only if they find a way to open up the PUF.

There was also a comment in the section below about playing big games in nrg until UH built a bigger stadium. Where does TCU play it’s big games?

Even if they offered us full membership in Big 12 with no tiered buy in.

If the Big 12 invites two or four schools, it would be difficult for the conference to offer UH no tiered buy-in and not offer the same to the other schools. I suspect tiered buy-in will be part of the deal.

Of course, with negotiations open, Sen. Whitmire may want to discuss the PUF.

I agree that’s how it sounds.

Has there been any real discussion about UT’s plans for that property? If we drop our opposition, it doesn’t preclude statewide elected representatives to continue the fight. A campus near UH doesn’t seem to serve any purpose. 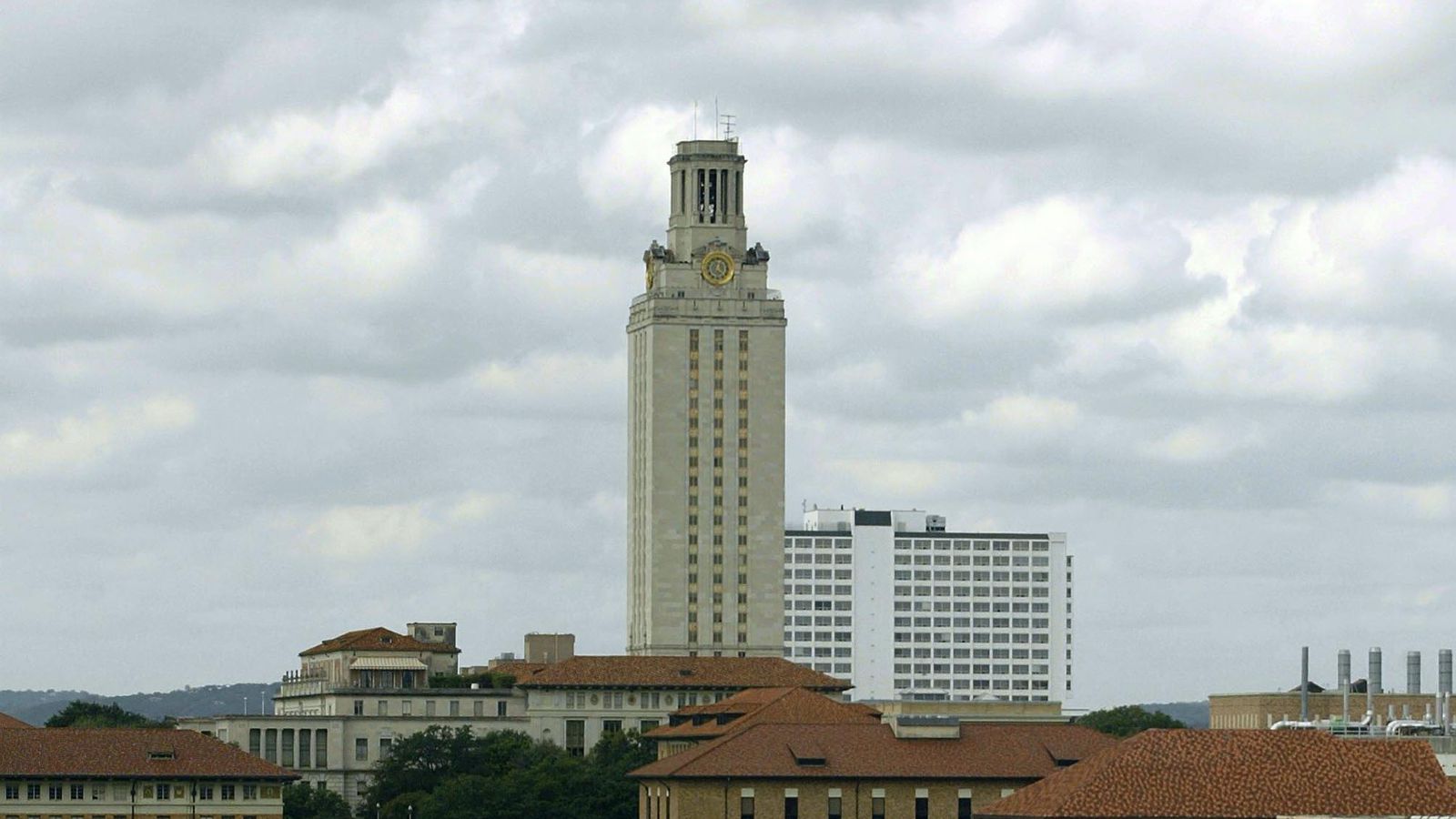 There is absolutely no way that it should even be part of the discussion.
uta’s Houston plans are to make us irrelevant.
Just imagine for a second that we get invited to the small12, we sell our soul and then they bolt to the PAC12. Now WHAT???
Mr. Fertitta made his fortune on good deals. This has never been and should never be a good deal.

Outside of UT-Austin and UT-Dallas, the UT system is basically a bunch of garbage. It’s taken nearly 50 years for UTSA to get where they are now, and that is nothing special.

Granted, I would prefer it to never happen, but I am completely fine with UT-H if it gets us P5 membership and a more friendly relationship with UT in return. Give UH membership to a P5, with Renu, Tilman, and Tom at the helm, and we would absolutely explode. Applications would go through the roof, and higher quality applications at that. This would naturally lead to higher admission standards and higher rankings. Not to mention attendance, revenue, branding, alumni donations, etc. We would no longer be marginalized by our conference affiliation.

How could you be paranoid about an upstate satellite school in that situation? UT-H would be nothing more than an after thought, and another alternative for those who couldn’t get into UH.

Call me crazy, but there have been calls for a long time to transition the makeup of the Texas higher learning systems to look more like California’s systems, UC and Cal State, with several major private/independent schools. In world class cities like LA and San Francisco, these systems are able to coexist and enhance the quality of the whole, rather than compete and tear each other down.

Certainly, the PUF disparity is a roadblock, but that should be part of the UT Houston discussion just as much as Big 12 membership probably is. And that’s how good ole boy network negotiations go - one needs this, the other needs that. While the issues themselves aren’t related, the needs can be related, especially if that’s the ground on which to make a deal that is mutually beneficial.

We can hate them on the field all we want, but the state, the students, and the alumni will all be better off for having all the schools work to each others’ benefit as much as possible, in whatever way is required.

There is one huge difference Kronke. Houston is the fourth city in America and soon to become third.
We have done an amazing job to become where we are TODAY without uta.
Why should we share THE PIE with an our historical enemy? NO ONE and I mean NO ONE CAN DENY that uta has done everything to put us down. You think I am paranoid? Then why don’t we have an equal piece of the PUF? We all know the answer why and why uta bought a huge parcel aof land.
There is nothing that can compare to education even a bid to a P5.

Translation: It’s been part of the informal discussions
UHEEALUM:

I would be blown away if UH made that deal. A semi-guaranteed 8 years of UH (discounted) benefit in exchange for a permanent campus for UT. That is just an awful deal. Anybody who has made their way up the ladder should see that easily.

The only way that might work would be to separate the main campus from the system schools. The Central Campus gets absorbed into and becomes the flagship UT-Houston, similar to UCLA. There is already an enormous UT infrastructure in Houston and there is no point in building another 4- year institution when one already exists.

The system schools become reorganized as the University of Houston to carry on the original mission of this great institution. I totally - and I do mean totally - understand the emotional reaction to such a proposal. But given the realities of the day both economically and educationally it is worthy of consideration.

Im sorry, but I’m not sure what kind of Crack you’re smoking.

You know what you can kiss. Try to respond with rational comments. If name calling is your best response then you have nothing of substance to offer. Try again.

I think Sovereign has you indoctrinated (like Saren). I love you Mass Effect!!!

I am sorry Mike but you contradict yourself. When UH was created uta had every chance to either help us, incorporate us like the UC system but they did not. They did everything to make sure that to put us down, to keep us down. they even tried to do it to atm.
You only have to look back at history. You know, I know we all know it history repeats itself. To ignore history is to ignore our future. Let’s for one second consider that uta is sincere then why are they still fighting to keep the vast majority of the PUF to themselves?
The UC system started on the right path and it complements itself to this day. Can you say the same about the same about Texas public Universities? You, I and we can’t.
We are today’s UH for what we accomplished OURSELVES. Just a few months ago raven came lying to all of us, to all Texans. At what detriment I ask you? You guessed it, US.
Just for that reason I will never trust uta.

i agree with Mike…This is highly unlikely to be some 4 year undergrad campus. It will be a specialty campus, likely devoted to medical field close to where it would be built. I am certain we are willing to come to an understanding with UT about it and might even become a partner with them. Our leadership seems to have been willing to make this concession, which tells me they do not feel threatened by it.