Some good news is needed around here.

A commitment, a squashing of rumors if you will, would be nice. I don’t expect CTH to address any of this until later, but I would certainly welcome a preemptive strike.

This is great news!! Something positive amidst the doom and gloom.

I am realist. A new deal would be great. Remember there is usually a buy out close that would be very easy for a USC or uta to break. At least we would get at worst a bunch of money back. CTH is a great friend of ours to even consider this. This is indeed great news.

Ok, so a question for consideration. We all know that if CTH gets other offers, Yurachek, Khator and Fertitta are going to get out the checkbook. It is public knowledge, from Fertitta’s own mouth, that he will not allow CTH to leave if it’s only about money. CTH has said he won’t talk about other jobs while the season is ongoing, so we don’t really know what’s happening on that front. If the UH admins are getting out their checkbooks now, does that mean that CTH is already pretty far down the road in talking with other schools and we feel the need to get moving sooner rather than later? I don’t like to admit it, but contrary to what I’ve said on other posts, that might help explain the decrease in performance over the last two weeks. On the other hand, maybe this is just their reaction to the thought everyone is having that our only chance of keeping him was getting into a P5 conference.

If he’s not currently in serious talks with other schools, as much as I love CTH, it seems as though we’re unnecessarily negotiating against ourselves at this point. I would think our admins would have a good enough relationship with CTH and his agent to reach a verbal agreement that before he begins to seriously consider other offers, he would sit down and talk with our guys first. He already knows we’re not in a strong negotiating position and that we’re going to do everything we can to keep him. The timing of this just seems fishy to me.

Or, maybe I’m just a little too edgy these days.

Or maybe HY and Tillman are great strategic planners and are positioning UH ahead of everyone else before any other offers come in for CTH to consider?

Quite possibly, but then I would say the same of CTH accepting an offer before comparing it to others. I wish it were as simple as him just saying “I love it here and want to stay and build a dynasty” and UH giving him pay raises out of the goodness of their hearts. Unfortunately it doesn’t work that way.

Lets be real here. CTH could have a news conference on Friday afternoon and say what you just typed verbatim and people would still find a way to negatively spin it and swear he’s leaving at the end of the season.

Now that we can agree on! I meant him saying that to the UH admins, not the media. We’ve reached a point where we literally cannot trust a single word that comes from the media (except for maybe Duarte and Berman).

This is just being proactive, that is what a good administration does. Herman will take it without looking at other offers if it is what he wants. He may not care about getting 7 million vs 5 million, but he may care about getting an extra 2 million for assistant coaching salaries. Whatever it is, if we meet those desires and he is happy here he would agree to it. That is essentially what happened last year.

I agree. We all wanted to know what the administration’s Plan B was, preferably a plan that we have control over.

While we cannot control what and/or when other P5’s will act, we can control what we offer CTH to try to keep him here.

And that is what the administration is doing: a day out from the Big 12 announcement, being proactive to keep a good thing going.

All this is just good timing by the administration. We’d be furious if they were sitting idle and waiting for the end of the season to start retooling his contract.

He’s continuing to do a great job as a coach and ambassador, so it makes total sense to reward that now. The more support he and the program get (financial and otherwise), the less likely he is to entertain other offers.

Just got this news alert on my phone: 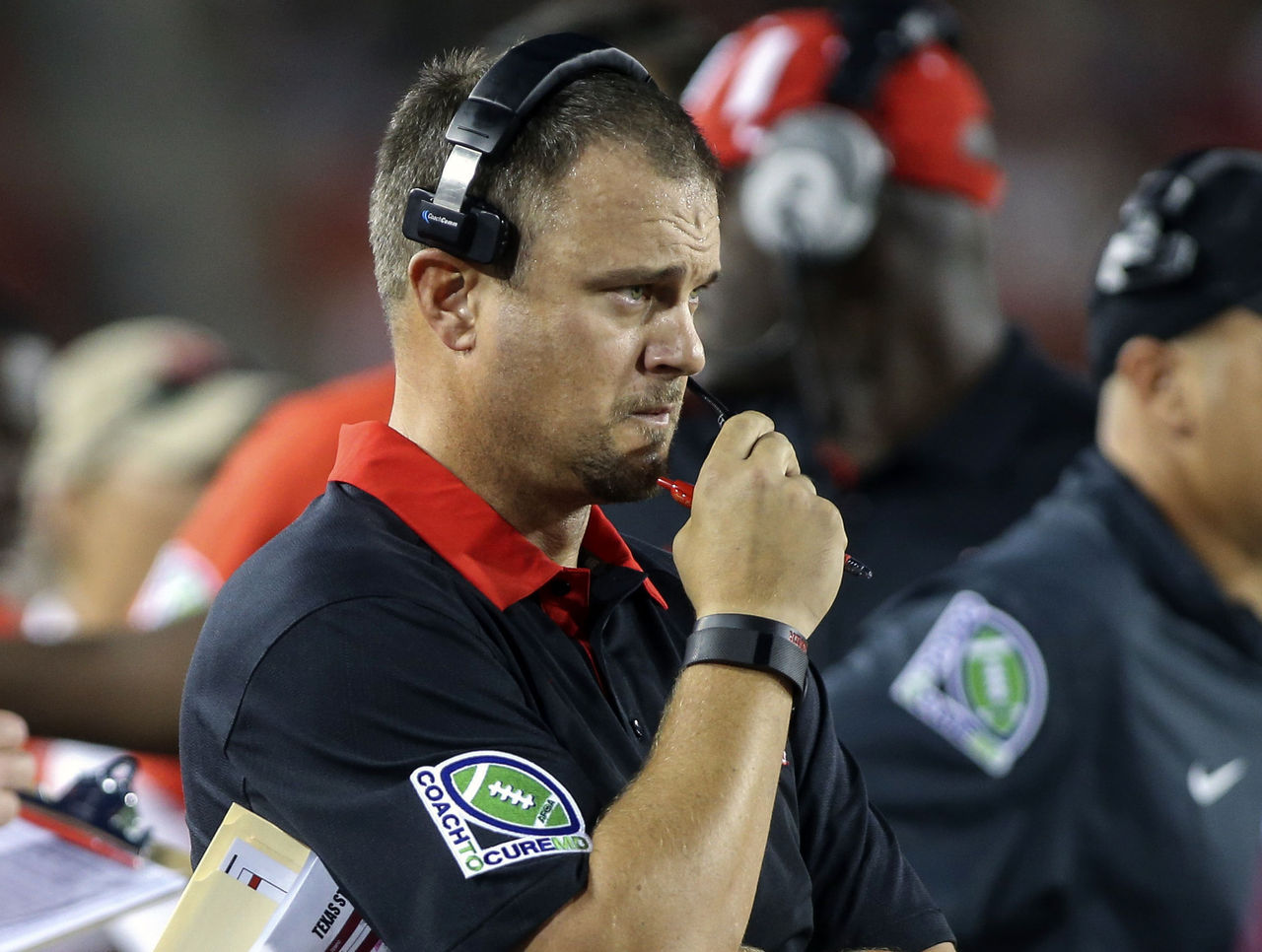 This ain’t the NFL guys. Coach Herman could sign a new deal with UH tomorrow and still be gone after the season is over. It would be nice though to get things rolling and show coach Herman we mean business about keeping him here for at least one more season.

Show of force, Hunter won’t show his hand until somebody tries to make a move. IMO