Did you miss the 4 yrs before or were you sleeping

Humm they are erecting barriers around the supreme court to protect them from Trump supporters? Trump law clerks leaked a ruling, first time in history?

Lets see the Proud Boys came in armed vests, meet with the oath keepers the night before and gave weapons to each other. Our capitol police testifyed to the war scene of that day, slipping in blood while trying to wash the chemicals they had been sprayed with out of their eyes. Meanwhile Trump was pressuring Pence to void the election while telling a crowd to storm the capitol and stop the election results from happening. Are you blind or just playing obtuse?

I missed any other coup attemps, could you document the other times the capitol was attacked to overturn a presidential election. Or are saying that is just how you felt anytime there was George Floyd protest?

Humm they are erecting barriers around the supreme court to protect them from Trump supporters? Trump law clerks leaked a ruling, first time in history?

SCOTUS has always had Secret Service protection. It is now being extended to family members. We don’t know who leaked, doubt we will for a number of years. FWIW, I didn’t like that, nothing should leak. It could’ve been a clerk for a conservative or a liberal justice. Nobody benefited from the draft leak.

Some one did benefit from the leak, they usually don’t put fences around the supreme court for rulings, only when they expect someone to riot and potentially harm justices to overturn The rule of law

Yeah, so better to be prepared. I will be pissed about any violence, as will everyone else here. Idiots rioted on January 6, some are and more will go to jail. Any rioters at the Supreme Court should be arrested and face charges. Nobody posting here would think any differently.

Where was the security jan 6th? National guard was requested, but was rejected by the speaker of the house

You are repeating a lie.
Thats Facebook knowledge for you

Nobody wanted the Capital building to look like a fortress. In hindsight? However, nobody forced anyone to break the law. Same goes if rioters try to take over the Supreme Court building. Arrest them, prosecute as many as you can prove. 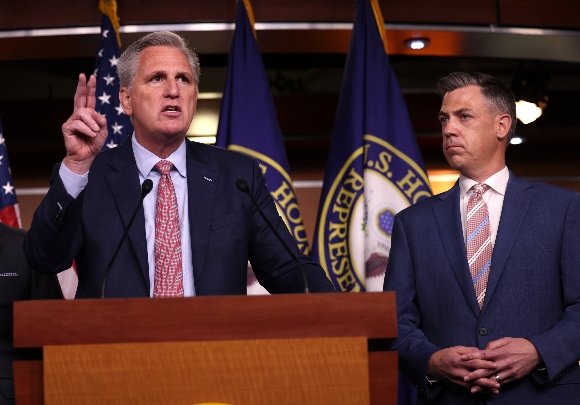 A recent fact check by The Associated Press found that an assertion being made by members of the House Republican Conference that Speaker Nancy Pelosi (D-Calif.) was responsible for the Jan. 6…

You can deal with reality or keep your head buried in the sand. I think everyone is pretty clear on which you’ll choose. Did Pelosi Prevent National Guard from Responding to Capitol Attack?

The Speaker of the House does not have control of the National Guard.

Twenty million Americans tuned in June 9 as the House select committee investigating the Jan. 6, 2021, attack on the U.S

Pelosi did not block the National Guard from the Capitol on Jan. 6

CLAIM: House Speaker Nancy Pelosi blocked the National Guard from coming to the Capitol during the Jan. 6 insurrection.  AP’S ASSESSMENT: False. As Speaker of the House, Pelosi does not direct the National Guard.

And we did that when the riot occured on jan 6th didn’t we?

Plus u gotta back the blue…. Capitol police attacked, injured, traumatized. Shameful

Back the blue… As long as it’s beating the black, that’s their actual motto.

You seem ok with what happened on Jan 6th.

I believe if they had gotten their hands on Pence, Pelosi, Shiff or AOC they would have been harmed or killed. Would that have been too much?

People were fired up, but after 60 tossed lawsuits, no evidence of fraud that would have changed the results 18 montha later, it is obvious it was all a lie. As a supporter I would be mad.

No he’s a traitor to the Republic. All hail his daddy

I agree, i disagree with the violence and the trespassing on the capital, but to call it an insurrection is a joke

You have TDS, 2 yrs after he left office, sad

If the insurectionists were brown or black and tried to prevent Trumps certification would you call it a joke too?

The testimony from his inner circle means nothing? Or have you avoided the hearing and testimony as directed by the motherships mind control?

Insurrection is defined as “a violent uprising against an authority or government.” What part of 1/6/21 fails that basic definition?

Against the government? Check.