I’ve said that before, and I’ll say it again.

None of them (including UH) have any place else to go.

Thus, remain in the Big 12 they will!

And that’s a GOOD thing, given that this will be a Top 3 conference in both football and basketball and provide for the most local rivalries and easiest road trips.

I believe you are mistaking how the process works. Maybe the Universities themselves in other power conferences do not want to expand but once the ESPNs & FOX Sports of the worlds sit at the table to discuss the media contracts, they will be in charge of how much money is distributed. Of course every University wants more money so if they say the only way you get more is to expand, then that’s what they will do…Not until it comes to negotiate the new contracts will there be more possible realignment to come…

The same could be said for UH getting in the Big 12.
It was clearly stated before that Baylor, TCU & Tech did not want UH in the Big 12 during this expansion because of diluting the recruiting in Texas more but then all of a sudden UH is brought in after all…The only reason why is because the conference was told that the new contract money would be a larger amount…Bowlsby clearly stated we will take UH if the money makes sense…no other University other than 3 already selected could have provided that…

The conference Presidents vote on expansion.

No current Big 12 school except BYU is a big enough brand name to make them an attractive PAC-12 expansion candidate.

And the PAC-12 will NEVER invite them, for reasons that should be patently obvious.

Neither PAC-12 expansion, nor any other conference expansion, is inevitable. It sure as hell didn’t happen when it would have been easiest.

If the PAC-12 truly wanted to expand just for expansion’s sake, then they could simply add Colorado State, Nevada, UNLV, and Fresno and be done with it.

But even that hasn’t happened, so don’t put money on it.

We seem to have no sense of our trajectory.

Yet some cannot accept it. Must agitate for yet another conference move.

And imagines that The PAC 12 will come calling. And that we should give up playing In-State rivals to go to Wash. St., Oregon St., Cal, Stanford, et al.

You are simply confused. We have arrived at the best location that was realistic. Nothing else is realistic.

The new Big 12 has 5 football teams in The Top 16 in the Coaches Poll.

On Thursday be sure to include our new Conference when you give thanks.

I’m only speaking about what I know about how conference realignment works. In the end, the ones who own the TV rights will make the decisions. The University Presidents will do what’s in the best interest of their own University and money is the key factor as always…

I am looking at it from an Unbiased perspective.
I am totally for the UH staying because regional rivalries have been ruined by greed. But it is what it is…All I’m saying is I won’t believe it until I see it because it’s been stated that their is more realignment to come when it gets closer to Tv Contract negotiating time…

It’s not a Conference move, it’s trying to keep our program’s alive.

If the B12 was so GREAT as you all say, tell me why did TEXAS and OU leave?

They NEED the MONEY? No.

Texas sure does NOT need the money.

It’s because they think they are going to be a better team? Everyone in the Nation knows they have been overrated for years.

Ask yourself why the move?

For some reason our fan base is still stuck in 1976-1996 and has some fascination with the B12 and what is perceived as local rivals.

We have played Memphis longer than any SWC school and we are about even on wins and losses.

I’ll stay with the Big 12 as long as they stay relevant and try to stay ahead of the Curve.

Why I liked the American. At least our Commissioner was trying to stay ahead of the game promoting P6.

The B12 Commissioner did not even know his two Flagship institutions were changing conferences.

So if y’all think that a guy who did not know his flagship schools were doing and going to another Conference, is going to lead the B12 into the next phase of alignment. Y’all have better faith in Bob than I do.

The good thing is when the B12 gets raided again, we’ll be in a pretty good position to move up and out. I like our chances.

With the original expansion proposal of a 12 team playoff and taking the 6 highest ranked conference champions, it made sense for texas and Oklahoma to make the jump because the SEC is the strongest conference and will be relevant under this structure. You can look at the current rankings and realize under that scenario the SEC, B1G, and Notre Dame were the only entities that would be safe in this structure. Depending on how The American and the MWC performs you could possibly have two “power” conferences out.

Now that the all “power” conference champs get an autobid, is on the table the move to the SEC makes little sense.

Does anyone think that UT would have been competitive enough to get into the 12 raked team playoff system in the SEC?

They have not won the B12 Conference since 2009

They jumped for a reason and to think that they would win out right or be one of their top teams is crazy.

They jumped for a reason

I can think of 60 million reasons per year that they jumped to the SEC.

It takes $$$$ to stay competitive with the best programs, and every year they weren’t earning their share of $60mm is a year they would’ve fallen further behind.

If nothing changed the top schools could not catch Texas on the money.

UT is not jumping conferences for 60 million

They have the largest budget in the nation. It’s not the money. 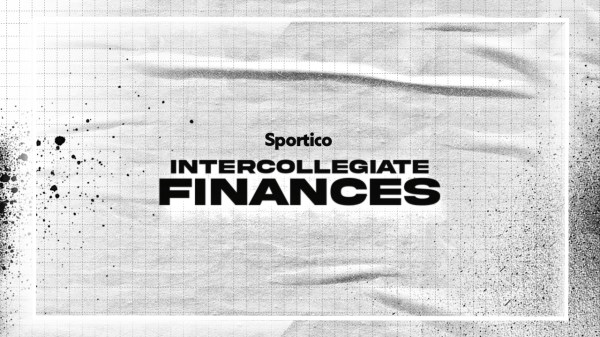 OU and Texas did it for money as we know but they are going to struggle in the sec. OU and Texas were used to being big dog, now they are “even dogs” bc all sec teams are good and can pay coaches top dollar. OU was used to just Neb or a few big dogs like UT , now they have multiple teams that can compete with them which they aren’t used to. LSU should blocked them bc Lsu is now firing coaches that won a nat championship 2 yrs ago. UH is now in a great spot with no OU or UT to deal with but still a great conference with the old and new additions. We will get more money and can do well even without the extra sec money. There is an economy of scales that says there isn’t much gain from having an 80k full stadium vs 40k full and 25 mil vs their money. If we we’re buying players with no salary cap then I’d say different. Even the nfl has a cap so.

Enjoy the big 12 bc it’s going to be great then if the pac expands, we’re at the top of the list but don’t waste yrs of your life waiting and enjoy what we have now which is going to be great. We finally got in a p5 and the big12 will last as a p5.

I’m going to just relax and enjoy this ride.

We do need to focus on selling out or 35k once in the big 12 which is doable then we’re fine. Bb has done it so we can do it in football with some back to back good seasons and just with having better opponents at our stadium.

I’ve lived it and i am thankful for getting into the Big 12.

That is incorrect uhlaw97 or put it simply the Conference Presidents voting on expansion is just a way to save face.
Why you may ask?
The very creation of the BIG12
The great satan dictated who was going to be in the BIG12. Coog51 “blockbuster” post proved it beyond the shadow of a doubt.
I am 100% convinced that the stinky rodent and its fellow cartel members will decide what the future of college football will be. They have already did it with the creation of the bcs then the cfp.
The only thing that we do know if what CBS, NBC, Amazon and Apple will do.
This has never been about sports. It has always been about money. If it was about sport the great satan would never join the SEC. They stink to high heaven and have for years. Heck Kansas just beat them at the manure palace.

Then the money people have obviously decided that they want there to be a Big 12 and for UH to be a part of it.

Those same money people have NOT expanded the PAC-12.

So even following your logic, I stand by my position.

I will allow it.
Seriously uhlaw97 we have no clue what the future of the BIG12 holds. Time will tell. That we can agree on.

I will allow it.

Gotta have a sense of humor.

Baylor fan here. First time. I, along with most passionate Baylor fans I know say “Welcome to the Big XII”!

In regards to the conference, the instability of it has always originated with The University of Texas. Why did Nebraska leave…tired of Texas controlling the conference. Colorado? Same. ATM? Missouri…You get the idea.

The BEST move out of all of this is UT leaving. I, for one, hopes the conference remains in tact (maybe with the addition of a few more schools).

Looking forward to the competition. This should pay immediate dividends to your recruiting.