I don’t care what anyone says, the kid gave it all he had here. Everyone knew he was leaving, and there is never an easy way to break it to the fans.

It’s unfortunate that in his years at UH: he had only one year with defense that supported his offense.

Until he quit on the team and deceived the staff and many of his teammates the rest of the season.
No thanks

Who are you talking about?

I’m not taking the bait beyond that.

Everyone knew he was leaving, and there is never an easy way to break it to the fans.

Calling your own dad a liar to hide it probably isn’t the best start.

Incorrect 3rd Ward.
Many people assumed he was leaving (lying) but that is not what he was telling the staff or many of his teammates.

From the same poster no less.

The King hate around here is ridiculous Cougar Football

I don’t have any good thing to say about people like D’Eriq King, Ed Oliver, or Tom Herman, but I can say that these kind of people only care about themselves, nothing else matter to them. I understand when you leave an organization for lack of opportunities, but that was not the case with these people. They just were bad team players, bad teammates and they let the university down. I don’t wish them anything good or bad, I just don’t care what ever happen to them

I’m not sure you can include Ed Oliver in that statement. He was a 5 star and 5 stars typically leave after their junior year.

I don’t have a problem if you leave early and go pro but leaving to go to another school seems like a betrayal. I guess it shouldn’t feel like that, but it does.

Farewell to King but I am not planning on watching any Miami games.

My take: I wish he stayed, felt a bit betrayed when he left
I realize it’s deeper than football. So I understand the decision

He still speaks kindly of UH, our players still love him. I will wish him the best, hope for his continued success, but you won’t catch we watching hurricane games and if it didn’t work out I probably wouldn’t be heart broken, the cut is still new.
If in 3-5 years he is in the NFL and dual reps us like Russell Wilson does NC State/Wisconsin I’ll get back o the band wagon then

Curious as to what year he was here (and played QB) that we had a good defense ??

I harbor no animosity towards the young man, he did give all and made a lot of amazing plays in an effort to help our university win games. Unfortunately it didn’t work out with another coaching change, so it was decided transferring was in his best interest and ours as well. Maybe he didn’t handle things like we think he should but possibly he was handling things the best way he knew how. I know I don’t always handle things the right way all the time and besides n9t one of us has walked in his shoes .

Here’s my take: He left UH and did what he thought best for himself and his family, I can’t fault him for that and wish him no ill. If he does well, then good for him; but I really don’t have any further interest in his career.

Maybe it is just me, but once they leave I don’t care one way or another. Daniel House I wish him well but when I saw him with the Rockets its as if he was a stranger.

Here’s my take: He left UH and did what he thought best for himself and his family, I can’t fault him for that and wish him no ill. If he does well, then good for him; but I really don’t have any further interest in his career. 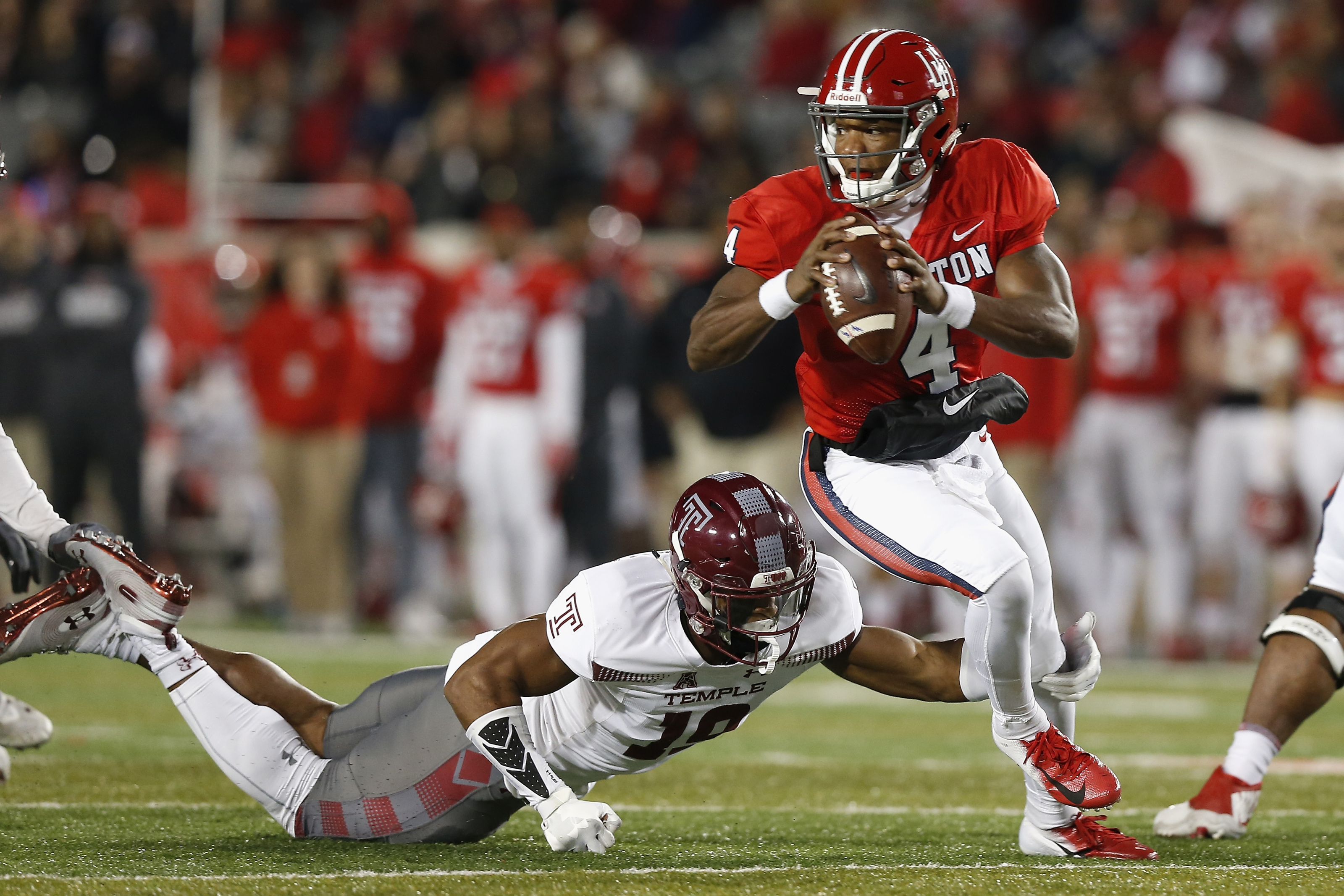 D'Eriq King is expected to be one of six elite quarterbacks in 2020 according to ESPN. King provides the Miami Hurricanes with their most stable QB since B...

They were taking about him being a dark horse Heisman this morning on espn radio.