Consider how B12 members bent over backwards to please UT so the wouldn’t abandon them. Guess what they abandoned them anyway, but in so doing the yoke has been removed! The B12 is free to make decisions favorable to their conference mates. Here’s hoping for a strong and long conference relationship!

Thank you UT for leaving.

It is Perfect ! I did not want to be in a conference with ut !
Beat Rice !

UT used that conference and the conference commissioners never had the cojones to stand up to UT. The one time they did UT threatened to take OU, Tech, Okie State, and CO and leave for what was then the Pac-10. The Pac-10 issued invitations to all of them and right before they all left the Big 12 gave into UT and the Longhorn Network was formed. Colorado ended up leaving anyway but the rest of them ended up deciding to stay. After that shenanigan is when Nebraska, A&M, and Missouri all left. I’m betting Okie St and TTech wish they had decided to go ahead and go back then but they thought they were better off being tied at the hip to their big brothers until they both got the finger with this SEC thing.

All the remaining schools should be happy that UT is gone even if it costs them a few bucks. Any league with UT in it is eventually going to have problems because they are only out for themselves. The first time the SEC tells them to sit back and shut up they are going to threaten to leave, and the SEC will do what the Big 12 should have and say “See ya”!

I’ve thought over and over this is almost too perfect.

This site has an unhealthy and delusional hatred for UT. It’s like you guys were right in the board room and knew exactly what happened!

They orchestrated a move that will end up greatly benefiting UH. That’s about the only true thing in this thread.

There is nothing delusional and unhealthy about the comments expressed about TU. I appreciate that we are in the Big 12 because of TU’s actions now. They did not leave for the SEC to benefit us, they did it to benefit themselves. Both schools are happy and that’s ok.

I hate UT because its organic. Like hating artichokes and Peruvian seaweed salad. Its something natural and refreshing. Invigorating even.

But I agree. Hating UT because they moved is irrational.

UT represents everything that is disgusting in sports and competition.

What if UT gets all schools upset with its antics and down the road the SEC kicks UT out of the conference. Would the Big 12 take them back if the other major conferences didn’t want any part of them?

I could see that happening where if they don’t win enough for the fan base.

I would say no.

I would love it if one day ut has to cancel their season because EVERYONE refuses to play them!

But wouldn’t the University of Texas system force their associates to play them? Heck of a schedule. UTSA, UTEP and UTRGV. Who else is in the system? 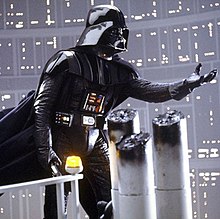 But wouldn’t the University of Texas system force their associates to play them? Heck of a schedule. UTSA, UTEP and UTRGV. Who else is in the system?

I look forward to the day when that is their ONLY option!

Texas lives rent free in some of our fan’s heads

You so funny. Which of our current conference mates are more of a rivalry than that which we have with UT, sir?