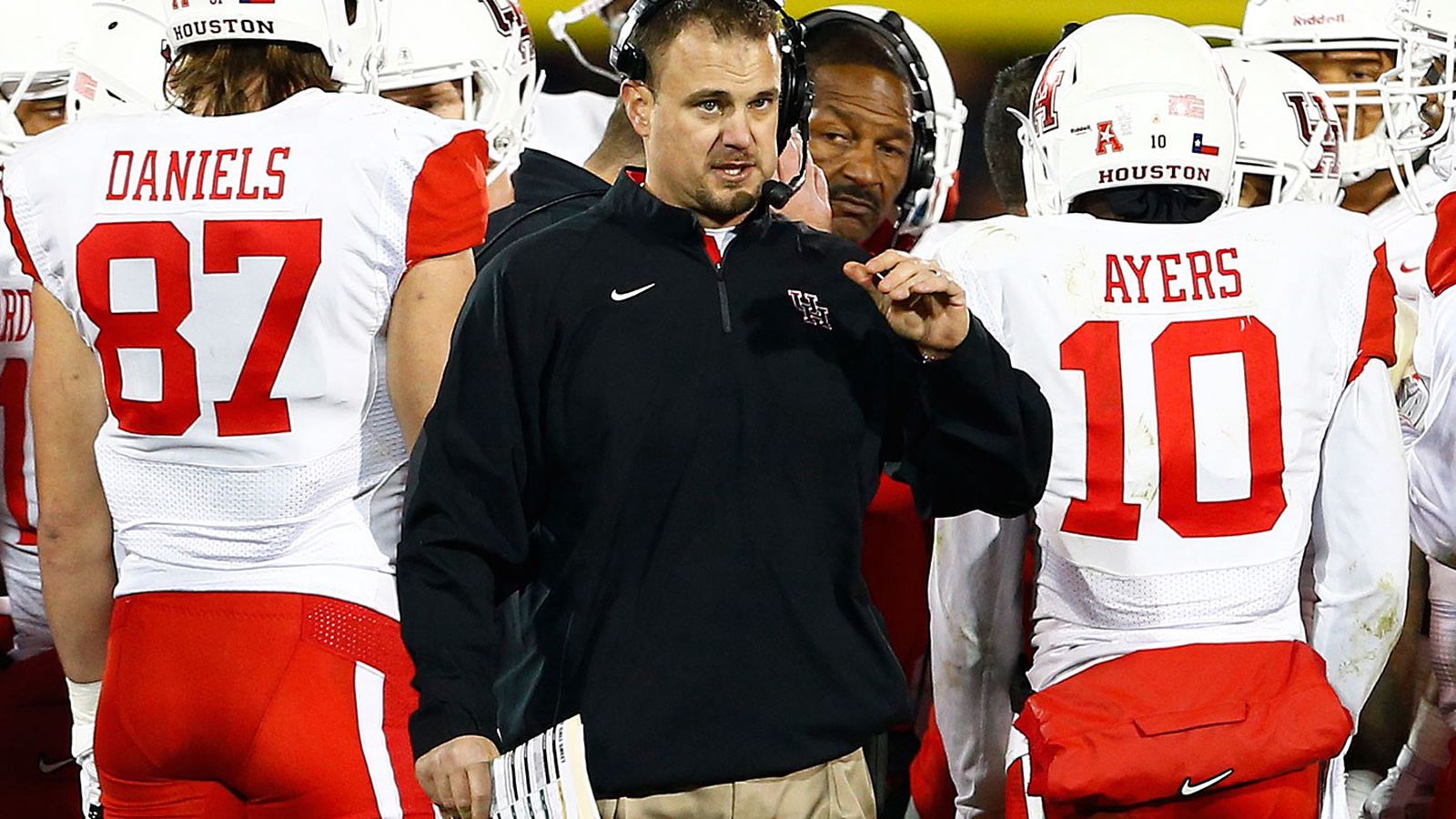 On Thursday, USA Today unveiled its college football preseason Coaches Poll, a mostly meaningless exercise conducted by SIDs around the country (and Brian Kelly). Amid the traditional powers... Then again, Herman inked a massive contract extension last December, reportedly passing on the head-coaching gig at South Carolina, among other Power Five openings. Selfishly, I want Herman to stay in Houston, because he’s perfect for the Cougars. In H-Town, he can talk shit, chill with rappers, and, um, talk more shit to his heart’s content. He doesn’t have to deal with unruly boosters, impossibly high expectations, or the politics that come with a job like, say, Texas. Instead, he can focus on his strengths: coaching football, recruiting like crazy, and building a program from the ground up.