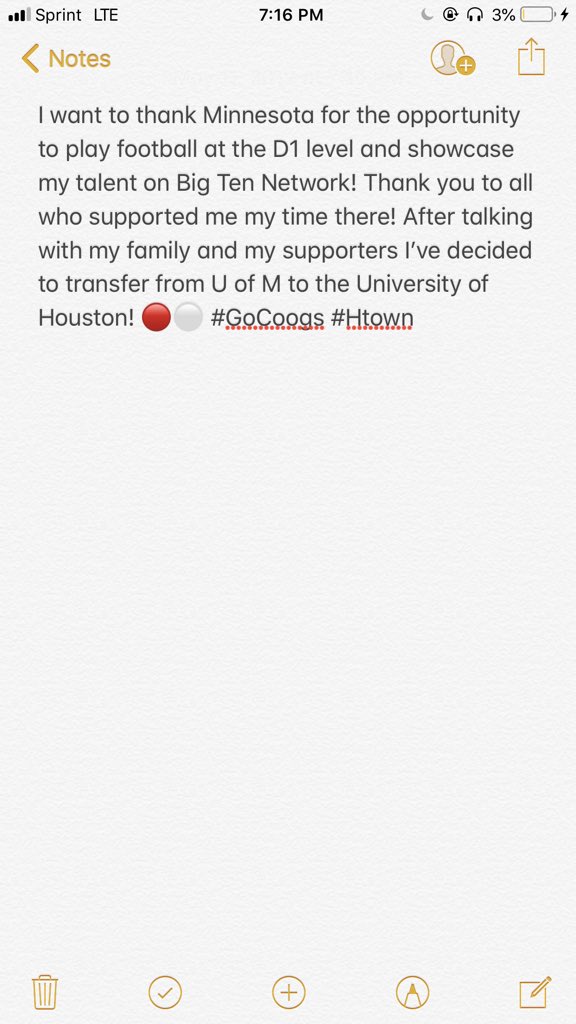 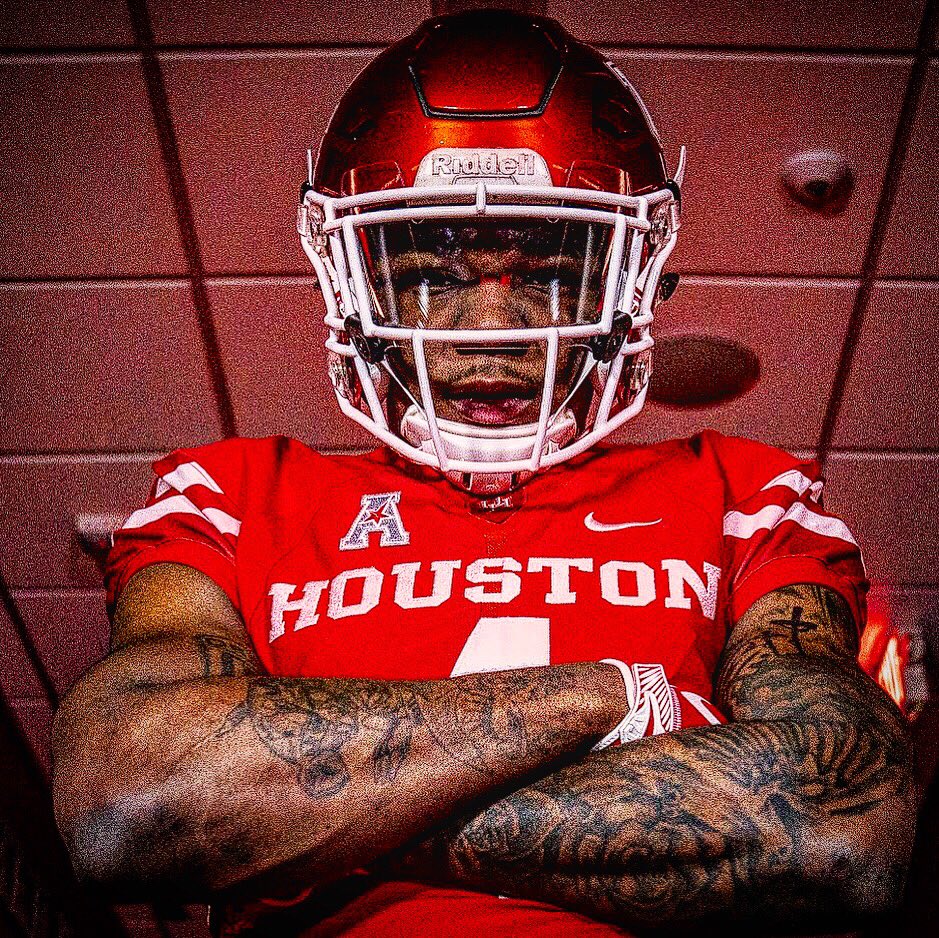 BOOM !!! The secondary is coming together nicely.

Is he eligible this season?
If so, I feel a lot better about our secondary depth with him and Samuel. If they can play, we could be pretty good on defense next season. Secondary was the big weakness.

If we catch a break on a couple of these transfer CB’s, our projected weakness at that position may become a strength. Go Coogs!

We’re still recruiting Justin Ford as well, however, i think he ends up at Auburn.

We have 1 left to give right? Hoping it is going to Livingstone.

This gives us 6 transfer DBs since the end of last season.

The ones I believe will be eligible are Williams, Clemons and Samuel.
We will be waiting on waivers from the CB/KR from Troy and our safety transfers from Oklahoma State and a&m.

To count against 2020 I think they would have to wait until August to enroll.

Is he eligible this season?
If so, I feel a lot better about our secondary depth with him and Samuel. If they can play, we could be pretty good on defense next season. Secondary was the big weakness.

I don’t think he’s eligible immediately. He did take part in spring practice for Minnesota and transferred out because it looked like he wasn’t going to be high on the depth chart. He could get a waiver, but I think it’ll be a longshot.

We’ll still get him for two years if he has to sit out a year.

It doesn’t make me feel better that he’s transferring because he wouldn’t be high on the depth chart. The gophers aren’t know to be a defensive power.

He would have been third or fourth on the depth chart. Minnesota returned both starters from last season. He wasn’t buried. He would have played a lot.

That doesn’t mean he ain’t good, just means they had upperclassmen. He can start this year for UH. He was ranked higher than Williams.

Josh Fields & Tate Martell got a waiver, no reason anyone shouldn’t, honestly.

Minny has good coaches and can play D. Being the 3rd or 4th corner in your first spring is nothing to scoff at.

True. You can be extremely good but coming from the Juco ranks you would have to prove yourself when it comes to starting even though you have the resume and talent.

Clemmons basically got lied to by Minnesota; they convinced him he’d start there right away so he committed to them without ever traveling for a visit. Guessing that he didn’t like coming out of the spring as a backup after what the coaches were telling him.

Hutchinson corner Kelvin Clemmons inks with Minnesota sight unseen, and he talks about his decision to GopherIllustrated. 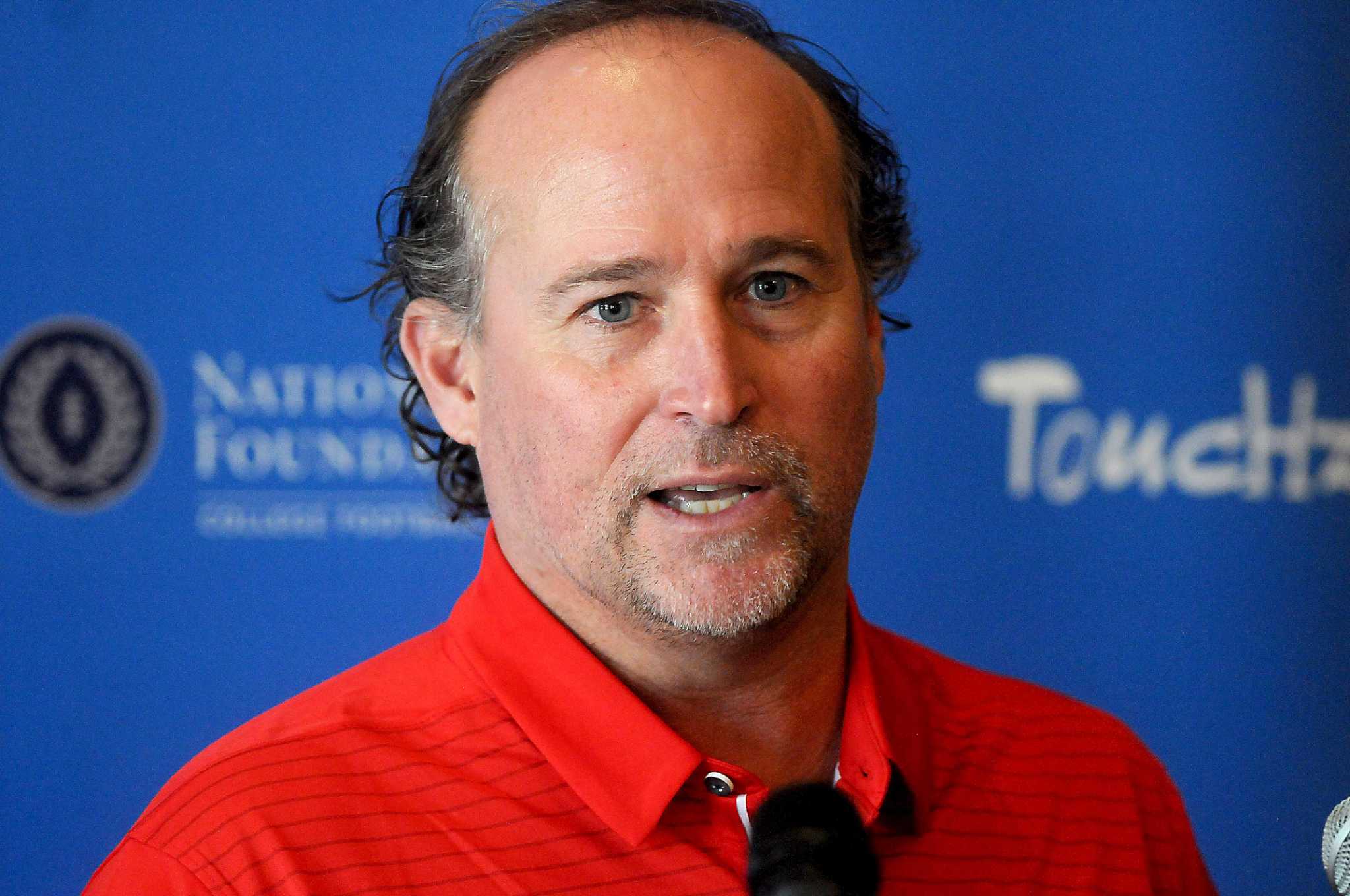 Cornerback Kelvin Clemmons, who spent the spring at Minnesota, announced Saturday than he plans to transfer to the University of Houston.

Good point. Even I got caught up momentarily in the euphoria about getting experienced D1 talent then I remembered Duke Catalon…

It is really not a good point. I am guessing he got to Minnesota and did not like it. Extremely cold and far away from his home in Florida. He just arrived in January, hard to imagine a JC kid coming in and immediately being at the top of the depth charts in 3 weeks of practice while trying to learn the defense and being on a D1 practice field. We are getting a really good recruit at a needed area. I think he should get the waiver. One should not get penalized for graduating early. Even to just read what his reasons were for going there I did not see a lot of depth.