Both were the top athletes for their respective sport in the conference. 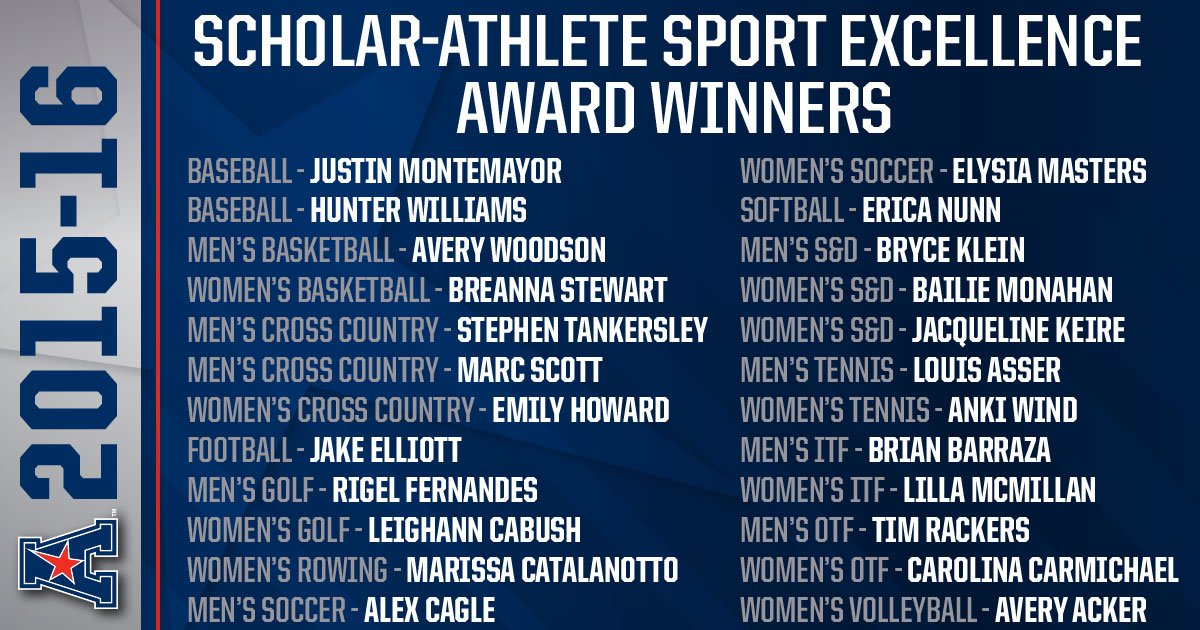 Nearly 160 University of Houston student-athletes were named to the American Athletic Conference All-Academic Team after posting a cumulative grade-point average of 3.0 or higher during the 2015-16 academic year, Commissioner Mike Aresco announced...

The academic accolade was given to all student-athletes in conference-sponsored sports who attained a 3.0 GPA in the 2015-16 academic year, having completed two consecutive semesters or three consecutive quarters.

Among Houston’s men’s teams, Cross Country/Track and Field led the way with 30 honorees, while Football was second with 20 selections. Baseball was a close third with 19 members.

On the women’s side, Cross Country/Track and Field led the Cougars with 18 award winners, while Swimming and Diving and Softball tied for second with 16 members.