KU FINDINGS
• $350M for Memorial Stadium submitted to Regents
• $208M phase 1 for THIS fiscal year
• Part of annual 5-year capital improvement plan to the Board of Regents
• Mem Stadium has had $300M scheduled in previous plans further out in future. Now it includes this year

This indicates they are anticipating realignment moves and are positioning themselves. It ain’t over .

I guess wheat prices must be up.

Hmmm…the lone value piece left in the Big 12 is making itself more attractive to suitors that may or may not have plans that include them.

I think we all know they had discussions with other conferences after the Texahoma news…all of the ADs of the 8 leftovers did. Some made it public.

I doubt Kansas is spending all of this money to compete in a conference that no longer includes Texas or Oklahoma…or Colorado…or Nebraska…or Mizzou…most of the old Big 8 nucleus.

Remember, we played in the AAC with Rutgers and Louisville for a season before they were allowed to enter their new home.

All I’m saying is that our head should be on a swivel because anything can happen. We just went through this less than a decade ago in the Big East

The B1G already told them NO WAY JOSE!!!

I haven’t been there, but by all appearances, their stadium is a dump. 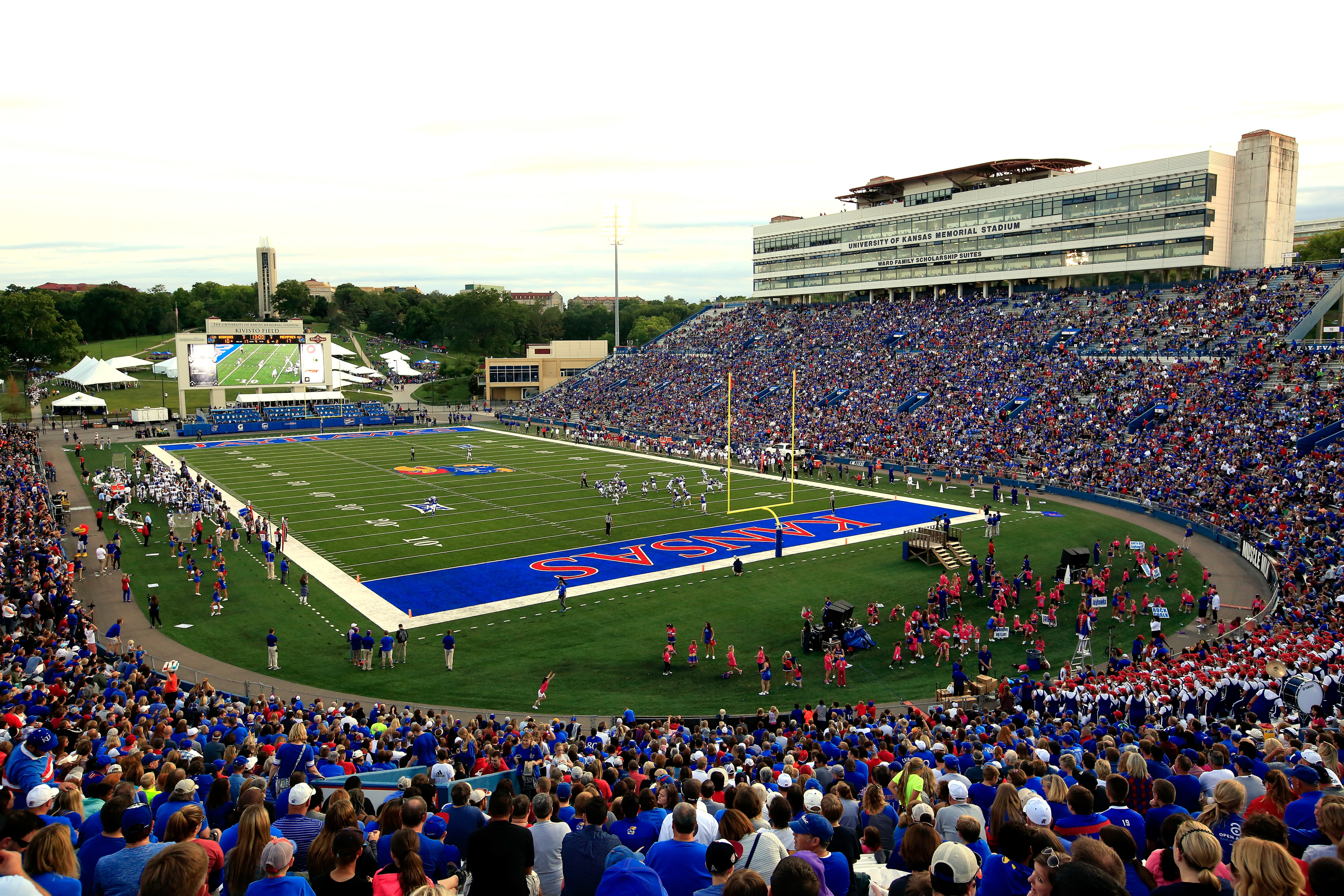 Kansas football: A stadium renovation is on the horizon for the Jayhawks

Athletic director Jeff Long said that an upgrade could be on the way for Kansas football's David Booth Kansas Memorial Stadium. Yesterday in his press conf...

They were planning this since 2019 when tx and OU were in the big 12 with zero rumors they were leaving nor any super conf talk.

They just want to better compete which is good.

Nothing to read into about them thinking the Big10 wants them.

Yes, it is. A cool old structure out of the 40’s or some such era. Long over due. Their fieldhouse is fine & have a new indoor but the stadium has been lacking for a long time.

If you don’t mind me asking, didn’t Clayton go there for a recruiting visit ?

Does the Kansas TV market really help the Big 10 that much? I would say no.

And wouldn’t it hurt the recruiting of Iowa and Nebraska if Kansas is invited?

Couldn’t we just say they want to at least compete in football? That was my idea when I saw this. With OU in the league I think the psychology was, “what’s the use?”

The B1G would be adding a flagship University and one that is a Blue Blood in basketball that just won the National Chanpionship.

I’ll say it again, because it has been in motion for over a decade now-

the B1G and the SEC are methodically, and strategically, collecting “high value brand” Universities and are placing them on one side of the board, or the other (B1G or SEC)

Yes. They were his first offer. He then tore his ACL in the 1st playoff gm of Jr year so he decided to accept it. To Coach Beaty’s credit, he still honored the offer. Lawrence is a cool college town. We really liked David Beaty (his staff). They were all former Texas HS coaches.

Never mind that the B1G already said NO.

This is a fluid process…not a rigid one

Last I checked, the B1G also isn’t losing any members that have to be made up.

The B1G is NOT coming for Kansas.

With an all-time .470 winning percentage, that’s too weak of a football brand for the B1G to take on.

Hey listen, I realize that this is a fluid process, but it’s more viscous than that. You need to have a little common sense about these things.

If the B1G sees a piece or pieces they like, that adds value to their conference, they will methodically and strategically find a way to add them, especially with the arms race vs the SEC.

This is the long game…not a desperation back fill like the last 2 conferences we joined…B1G difference.

So no. Bad argument. Don’t put money on Kansas to the B1G.

The B1G will improve its football brand more in its “arms race” against the SEC by adding the schools that I mentioned: ND, UVA, UNC, and GaTech.

Academically, those schools are higher ranked as well, and the B1G is the one conference in the P5 where academics truly matter.

If the B1G sees a piece or pieces they like, that adds value to their conference, they will methodically and strategically find a way to add them, especially with the arms race vs the SEC.

The only piece I see the B1G adding, is Notre Dame in 10-13 years. Kansas adds no football value to the B1G or they would have added them by now.

The B1G can sit back and collect their hugh payouts and wait on Notre Dame who is already in their footprint.