(CNN)Arizona Republican Kari Lake would not commit Sunday to accepting the results of her upcoming election for governor if she loses.

“I’m going to win the election, and I will accept that result,” the GOP nominee told CNN’s Dana Bash on “State of the Union” after being asked three times whether she would accept the election’s outcome. Lake dodged the question the first two times.

“If you lose, will you accept that?” Bash asked, to which Lake replied again: “I’m going to win the election, and I will accept that result.”
…
Lake, who has the backing of former President Donald Trump, has repeatedly promoted his false claims about the 2020 election. A former news anchor at a local Fox station in Phoenix, she has said that she would not have certified President Joe Biden’s 2020 victory in Arizona, repeatedly calling the election “stolen” and “corrupt.” She said Sunday that the “real issue” is that “the people don’t trust our elections.”

Arizona Republican Kari Lake would not commit Sunday to accepting the results of her upcoming election for governor if she loses.

And she’s far from the only Republican who thinks this way. To some extent the election is about democracy vs authoritarianism.

She is 100% correct. Cheating happens? Refuse these votes. It is valid for both sides.
Johnny are you calling your buddy zuckymetafacebook to get mail in dropped box this time again?

After all he spent over $400M’s on them for the last election.
Care to bring up the article on that one for all to see?

How do you explain she keeps saying the 2016 election was stolen?

How do you explain that one?

How do you explain she paid for the steele dossier and according to her campaign manager gave the fake dossier to YOUR media so they could “narrate” the russia hoax?

Of course you won’t.

She conceded. There was a speech and everything.

How do you explain she keeps saying the 2016 election was stolen?

That’s not true. This is what I dislike so much about the Trumplicans. Just repeat the lie. Repeat it. Repeat it again.

Hey, want to repeat it? 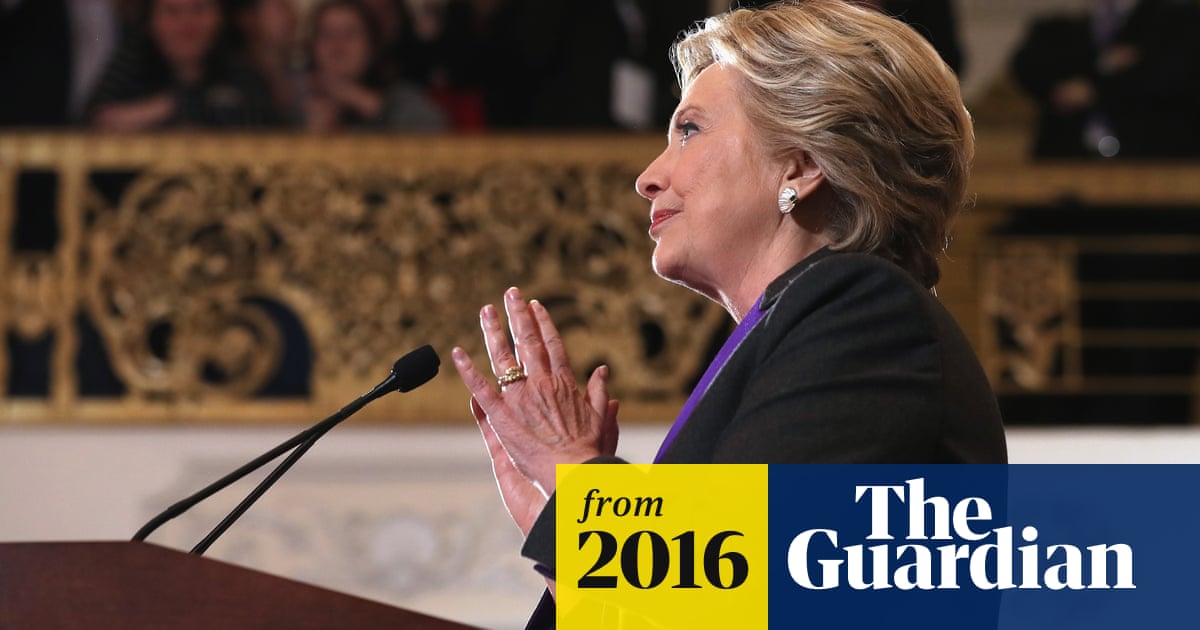 Hillary Clinton concedes presidential election to Donald Trump: 'We must...

They’ve been corrected many times on this board.

And they aren’t going to admit it now either. Despite video proof. It’s wild. Lol

So you people are actually predicating a side of an argument based on what a Clinton says!?!?

More based on what she did. It was a concession speech. That is conceding.

And it’s not an argument. It’s a fact. It happened. There is video evidence.

I didn’t realize this stuff was so complicated for some.

When this talk comes from candidates like Kari Lake, nothing good can happen. See January 6.

Sorry to change the subject back to Kari Lake but what about she said?

Yeah, I fell for the pocket sand in this thread.

The she created the Russia collusion narrative so not really.

Not falling for it again.

They have nothing but Hillary and Obama derangement syndrome.

Thank goodness I have the integrity of my degree from Trump University before he got into politics and became corrupt.

Re Lake. That “person” is scary.

PROMPTED TO ALTER POST UNDER THREAT OF REMOVAL thanks to Poster who loves the First Amendment more than anyone.

Funny that no one wants to address what she said.