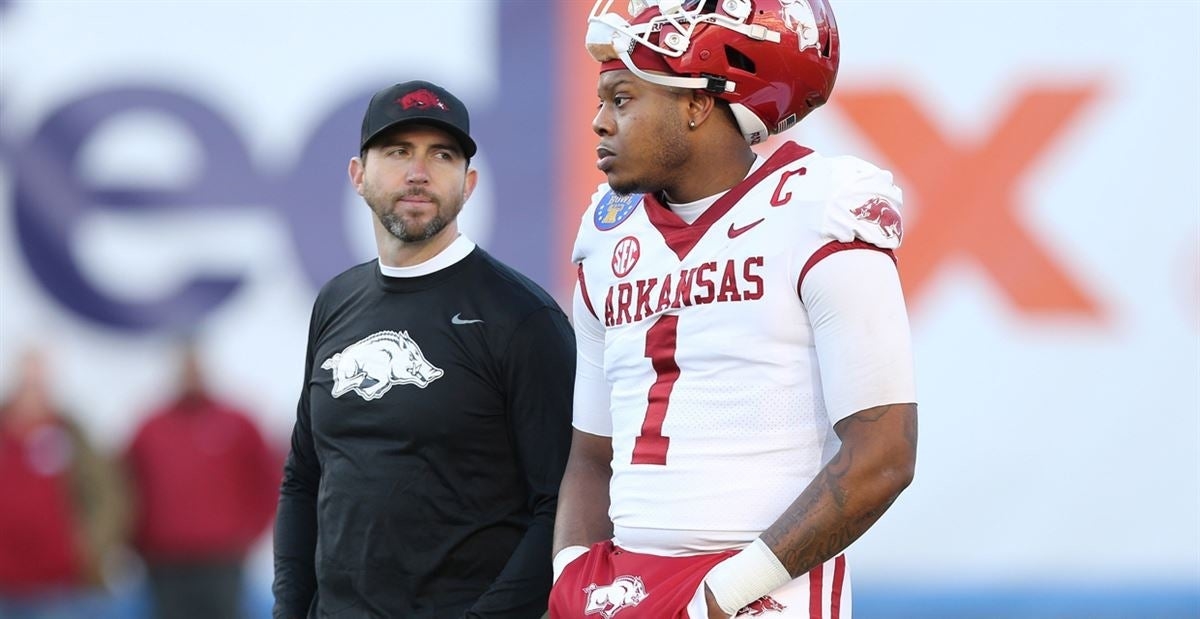 What is this fascination with Kendall? I am not sure if he has any body of work that he can be proud of. His performance here was very average, Arkansas same. The only time he had above average to good performance when he was with Lane Kiffin and that must be more Lane then Kendall.

Can we expect you to start a new Kendal Briles thread every day?

Arkansas fans I know will be very happy to see him go to Ft Worth.

Is he just going to be a career OC? Since BU, he’s really bounced around. Not really sure what to make of that.

Can we expect you to start a new Kendal Briles thread every day?

Because he loves words like “canceled”, “woke”, and “libs”.

Is he just going to be a career OC? Since BU, he’s really bounced around. Not really sure what to make of that

The Arkansas fans I know can’t wait to get rid of baby Briles.

His performance here was very average,

5.7 touchdowns of offense per game and over 500 yards per game. Very average.

I am probably late to this party, but was Kendall Briles implicated in the mess at Baylor, or is this merely guilt by association?

Everyone was implicated, but no one was charged. So he and everyone else have to wear that on their resume. I assume this is what it felt being an executive at Enron.

He’s been working, including here at UH, so he hasn’t been cancelled. That’s just political bait.

Not every school is going to welcome him, but it’s obvious a few have. Not everyone’s career prospects are limitless regardless of your field of endeavor. KB will always have a job in football as long as he wants one.

Ok thanks for the clarification.

Yeah, sadly probably right. Also doesn’t help when your last name is the same as the supposed ring leader/cover up artist. Sadly, we can’t choose our parents.

If not for his dad, he might well not have been in football to begin with. That name has helped him far more than it hurt.

Not sure the big deal anymore…he has been vetted and worked at UH, Florida St and Arkansas since his time at Baylor. This is old news unless I missed something…

TCU’s administration may conclude the upside doesn’t balance the downside, they’ll look elsewhere for an OC. That goes for any controversial hire at any school.

Kids who can afford to attend TCU can afford any place they get admitted. I’ll be surprised if KB ends up there if a significant fraction of the students are unhappy enough to hit the transfer portal.

Agreed. You take the good with the bad.

TCU isn’t a canceling type of school. Rice maybe but not TCU. Sonny Cumbie got the HC bump but he was 3-9 in his first year at La Tech and had the 94th ranked recruiting class.

Phil Bennett, Art’s DC from 2011-16, had to take three years off after a one year stint at AZ State. He has spent the last two years at UNT. Kendal has done far better, or schools have been far more forgiving.