Landon "Sunshine" Goesling to be on the Bachelorette

Yea, Sunshine’s on his own with this one. I wish him luck, but I won’t be sharing the journey.

I hope they paid him a bunch of cash for this, because I’d have to think it cost quite a bit as far as dignity.

I don’t like these shows either but we aren’t the target audience.The audience is mostly women so he may end up winning in the end

. He will recognizable and may lead to other opportunities.

Yes the setting is fake and emotions misunderstood and agendas misrepresented it really who cares. If those in their mid 20s want to have some fun with this I don’t see why anyone has the right to put them down for it. It is built for entertainment. Every now and then maybe the connections are real and last.

Game Day!!! Tune in at 8 p.m ET on ABC to catch the season premier of @bacheloretteabc and see if Katie was feelin the pink suit night one👀 #Sunshine #TeamSunshine #thebachelorette #bachelornation https://t.co/iOWBRvOzrr 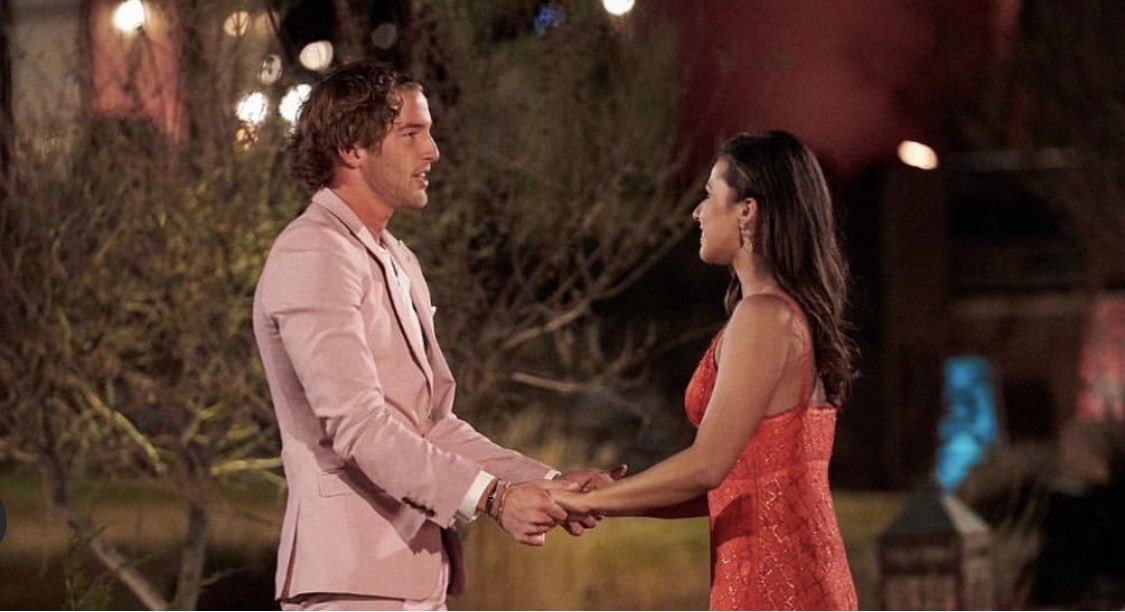 I’ll be clipping my toenails.

Islanders vs Bruins is also on tonight.

Series tied at 2-2. I don’t watch alot of hockey, but this series has been really good

Got it. I almost forgot.

I won’t be watching either one tonight. Astros are off, so prob NBA Playoffs for me.

Ive watched a little NBA playoffs. Game 6 Suns vs Lakers. A few other ones.

As a UH fan, Coach Sampson fan, I miss the defense and toughness in NBA games

But the players are extremely talented. No doubt

I usually do watch some of NHL Playoffs but this year maybe 30 mins total. And for some reason or other I’ve watched way less of NBA Playoffs this year then yrs past. I guess bc the Rockets are long done, I’m not so wrapped up in ea Series. I did see quite of bit of Clippers/Mavs matchup that went 7 gms.

Your last sentence says it all. There’s defense being played but the talent level is on whole other level than College so it appears that Defense is not being played as well at times. The best defender can be in Durants noggin and he still drain 23 ft shot w/ ease no matter who’s on him. Same w/ Luka, Harden, Booker on n on !

Good for Landon hope he had a lot of fun, and enjoyed the whole thing.

I won’t be watching but I hope he had a good time.

Apparently, filming ended in April 2021, about one week ahead of schedule, because the Bachelorette made known her choice earlier than expected and sent the few remaining home.

No mention if Landon made an early departure.

GooseCreek with the early scoop! Need something to get through the off season

Since the producers know who the finalists are, they will typically spend extra time filming the introductions with the Bachelorette for our viewing. The filming of Landon’s introduction was more of a cameo appearance rather than a special introduction, thus…he’s not long for the competition.

The producers also enjoy boozing up the competitors in order to film foolish behavior, so I hope Landon realized this and acted appropriately. You can’t undo foolish behavior on national television.

lol atleast we dont have to watch anymore episodes

Our boy, Landon, didn’t make the cut. Comes as no surprise.

He was only filmed in a few scenes among the group of men. He didn’t stand out. He appeared to be disinterested and wasn’t filmed talking to Katie or interacting with the men. In one scene, when the camera scanned in his direction, he was seen looking at this watch.

My guess is that Landon has a girlfriend and didn’t want to be chosen for her sake. If so, good for him.

If not, perhaps the whole Bachelorette scene didn’t appeal to him. The good news, he didn’t appear to be foolish on national television. Good for him.

He got kicked off 1st episode?