Does anyone care to guess who will be spearheading the effort?

No idea, but supposedly we’ve had the donor lined up since at least November based on details from the Board of Regents meeting. I’m going to guess its a local business as I don’t see an individual shelling out that much. TDECU kind of came out of nowhere for the football naming rights; I’m going to say Schlumberger for the basketball arena. They donated to the Energy research park and, while this is a lot more, this may be the time they want to throw their hat in the sports ring.

I can’t see Schlumberger, much less any oil and gas company spending money on naming rights while commodity prices are depressed, layoffs and capital spending cuts are a daily occurrence, and oil prices remain depressed. I’d love to be wrong, but it’d be a horrible PR nightmare.

Good point, I didn’t connect the dots on that one.

Yes it is and should surprise no one.

What good would slumberger get out of naming rights? They do not sell products to the general public.

Wild guess on my part.

Wouldn’t be the first time a company had naming rights without having a product to sell. Of course, the one that comes to mind for me is Enron which…is probably not the best example.

Landry’s Arena would be my first guess. But my second would be Champion
Energy since they are now owned by Calpine. This would be like TDECU where an expanding local company wants a highly visible facility to place their Brand on.

Of course just a guess. I was told (claimed to be an insider, but who knows?)that no Alcohol distributors or other business viewed as inappropriate by UH will have name on UH facilities. YES, no matter how much more they are willing to pay. Seems to have been the case with the naming of TDECU.

TDECU is both sterile and clean, not offensive to most.

Well if it’s Landrys maybe the concessions will improve.

Looking at the Fortune 500 companies in Houston and of course nearly all of them are oil and gas related. Which as was stated earlier, would not be a wise PR move to buy naming rights for a stadium when the market is down and people in the O&G are being laid off. That leaves only a couple of other companies. One is Waste Management and another is Sysco.

Waste Management Systems? We could call it The Dump. Lol

I heard that Champion Energy was the first choice for our football stadium’s naming rights, but we turned them away because they refused to agree to providing the stadium’s energy at a fixed rate as part of the deal. I wonder if we’ve burned that bridge?

Also, I’m not sure it necessarily has to be a Fortune 500. TDECU isn’t, after all. The only real restriction I see is no banks, credit unions, or other companies that compete with TDECU.

Aon Hewitt’s been pretty active in sponsoring sports, though I’ve mainly seen their name on English soccer kits. HostGator seems like the kind of weird corporate name that would contextually make sense on a stadium, and they’re headquartered here. Ditto FlightAware. Academy probably also has the money.

We haven’t burned any bridges with Champion Energy. The football naming rights broke down because as a public university, we couldn’t sign a long-term power contract like they wanted since we have to put things like that out to bid.

We’re still working with them. There’s a really cool project possible with Champion. Might not happen, but the interest between Champion and UH is mutual.

I am really Suprised Landry’s did not sponser the FB stadium. Much more exposure then basketball, and the naming rights are about the same $.

Enron was in the Power business and broadband business, so yes they were in customer facing businesses. 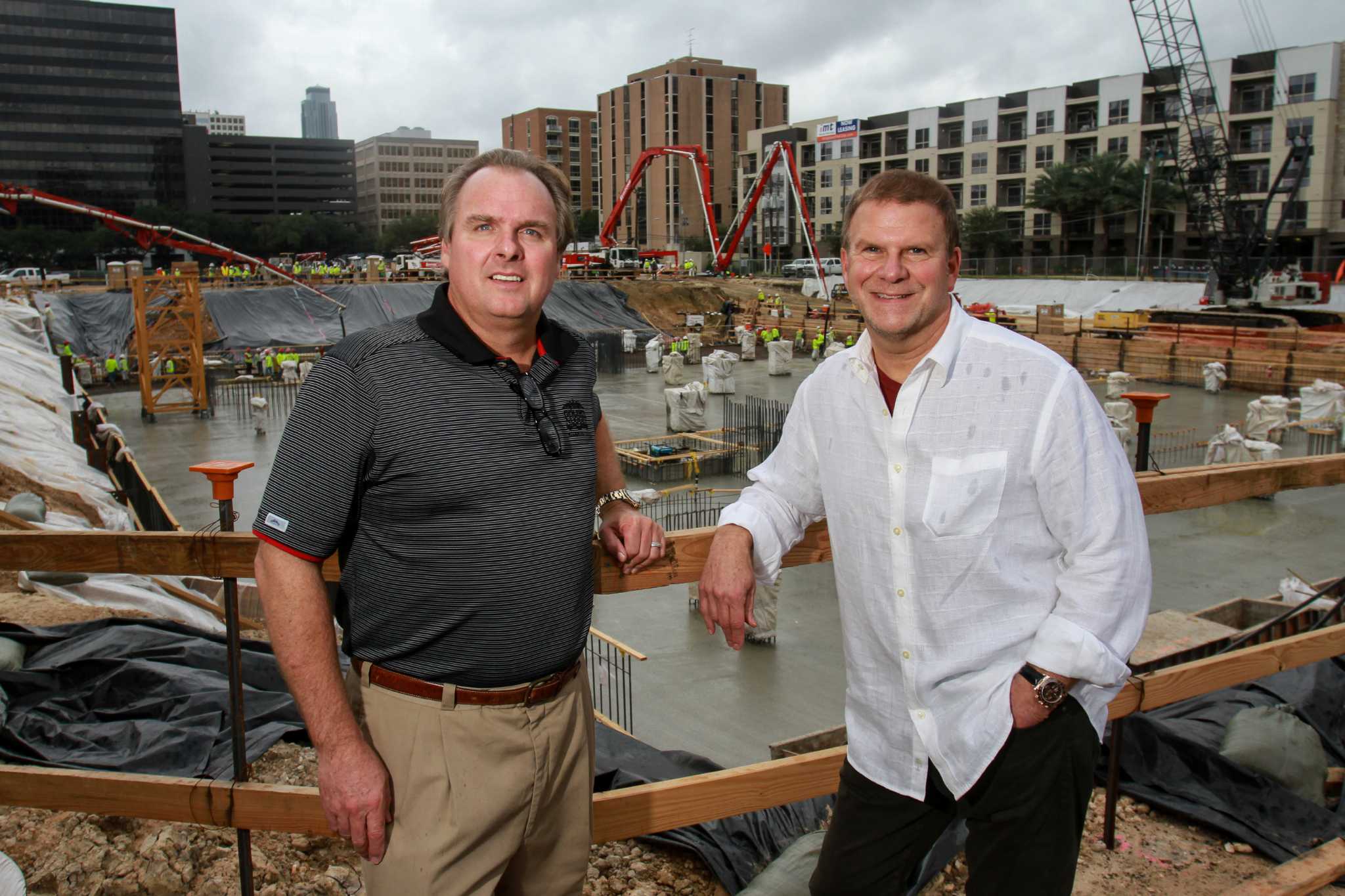 The University of Houston is expecting to receive a $20 million donation from Tilman Fertitta, the billionaire who chairs its board of regents, to help rebuild the school's basketball arena and put his name on it, according to multiple sources...