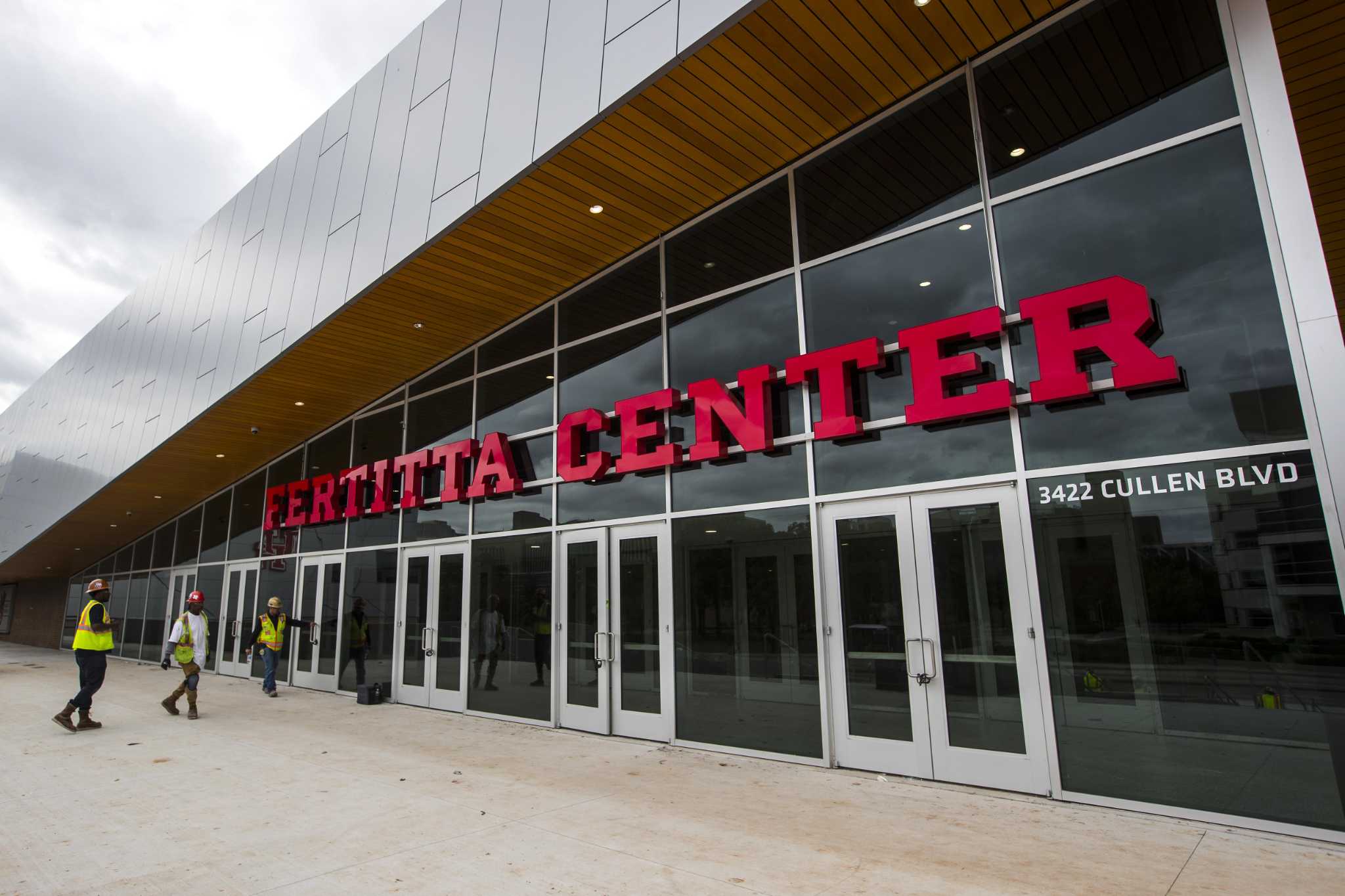 To fill openings between football and basketball seasons, Tagliarino said as many as 30 extra calendar dates could allow the school to host concerts, comedy and family shows, political debates, international soccer and religious conferences. TDECU Stadium transforms into a golf range as part of Top Golf’s visit in 2020. In addition to camps, plans remain to continue as hosts for high school playoff games.

The events could generate “seven figures” in additional revenue for the athletic department each year, Tagliarino said.

“We really wanted to take a more bullish and aggressive approach and tap into the relationships that we have developed over the last 25 years,” said Tagliarino, a UH alumnus who spent a decade across town at SMG-NRG Park, which manages the stadium and convention complex. “We have something of value that would be a solution for many of these different groups.”

The timing also was perfect with UH at the end of a five-year commitment that resulted in $200 million in athletic facility upgrades. Tagliarino and Chris Pezman, UH’s vice president for athletics, tapped into longtime relationships with event promoters to make UH another option in an area that includes Toyota Center, the Cynthia Woods Mitchell Pavilion and Smart Financial Centre.

This may seem slightly petty - and I am fine with the school bringing in extra revenue - just hope we have a reserve to go back into maintenance (broken seats, etc.) on the utilized facilities - because additional wear and tear will happen with additional use - and they won’t feel so upgraded if we do not take the extra effort to maintain. This will be the first time in a long time that the bovines will actually win in that building or its predecessor.

Not sure if I should be concerned that someone actually complained about us using the facility for other events and making money for UH or that 3 people actually liked the post.
I will be there on Sunday with my family.

The poster who wants a maintenance reserve makes a valid point.

I would hope that assuming we have qualified and experienced facility managers that they would include an appropriate amount of money for the additional wear and tear on the facility.

You get a WWE crowd, and I was one of them before I turned 12, then only the Good Lord knows what could happen.

Heard they had a pretty large crowd

I was interested in going to this, but my dad’s birthday party was last night and who knows how many are left. Looks like it was a fun event being so close to the action.

(Insert “so much for that new arena smell” joke here)

I was wrong the place looked packed. Guess they do know what they’re doing.

UH, you have yourself a convention and rodeo center.

Who won it? I know JB was in 2nd last night