Nothing to do with cooperation between B1G and SEC but more like common goals or shared ideals for how to win. Those two conferences don’t have to like each other, but, for example, they both will be able to vote for much higher player stipends which will give them an advantage over the lower P5 conferences that can’t afford the extra millions to make it happen.

I’m more with 97 on this one, for the relatively simple fact that I believe a future in which the Big Ten and the SEC are the last two conferences standing is simply not one the Big Ten finds appealing. They become a junior partner to what they consider a bunch of lesser schools. Rather than an opportunity to essentially separate themselves from everyone else, the new TV contract gives them the ability to advocate for a college athletics system in which all the areas they excel (academics, institutional prestige) matter. Because if it’s all about championships, they’ll stay at a disadvantage.

For the SEC, I don’t think they care that much either way as it’s a P1 system in their eyes.

As they pull away from the M3, the P2’s primary rivals become each other and it’s about relative positioning of the two of them. It doesn’t do the Big Ten or the SEC much good to advantage themselves if they’re advantaging the other in the process.

The B1G and SEC may have comparable incomes, but they are in different neighborhoods and do NOT share the same values…especially when it comes to the importance of academics, specifically, the AAU.

They are not fellow travelers, kindred spirits, partners, or even colleagues.

They are rivals and competitors.

Don’t expect them to cooperate.

To be fair, it was awhile back.

But during roughly the same time period in which we drew 19K for Oregon, we drew better for future Big 12 opponents like Tech and Okie State.

Academics have nothing to do with how they vote for spending their athletic money. It has no bearing on if they happen to vote to increase athlete stipends (or other costly venture). The B1G will not have their academic reputation tarnished because they happen to vote the same as the SEC on an issue. Simply having more money than the PAC or ACC does not mean they wont spend it on their athletics nor will they not spend it just because they don’t want to be seen as similar to the SEC.

The B1G and SEC will vote to create an environment where they have rules in their favor based upon how much more money they make than the PAC and ACC.

Yet, the Big 10 doesn’t support an early expansion of the playoff, much to the SEC’s chagrin. The Big 10 and SEC also had radically different attitudes on how to deal with Covid a few years back. Again, the Big 10 and SEC have comparable incomes, but are far from being in lockstep on policy decisions.

UH has to be one of if not the top add for Pac should they expand to the Central time zone.
We just gotta hope there’s a decent partner add to make that move West. TCU may be far enough along secularizing to get picked up.

BYU is the one school that the PAC-12 will NEEEEEEEEVER accept, for obvious ideological reasons.

TCU won’t be accepted because it isn’t R1.

UH, Okie State, Tech, and Kansas would qualify, but will probably NOT be invited because, as I’ve said many times before, none of their football brands add enough value to make them worthwhile.

I agree. It was the Big10 backing off on exp of playoffs bc they thought the sec would try and grab 5 or 6 spots vs having auto qualifiers which would limit the sec.

They aren’t working together which is good for us.

Agree, the PAC 12 will never expand…They had the opportunity of a lifetime when any Big 12 school they offered would have said yes, and instead, did what they always do, which is bicker with one another, never come to a consensus, and do nothing…

Wasn’t that Oregon game played at NRG/Reliant when all the Katrina refugees were pouring into the Astrodome? All the talking heads on the radio kept saying it was a dangerous environment for your average fan. Likely kept the crowd down by at least 10000, maybe more.

The game started at 6 P.M. for TV. That likely kept attendance down by at least 5k.

They did pursue the TX and Big8 teams. Texas and ATM In 1990. Again in 2010 along with OU. And then finally Colorado. Houston will build up its brand after a while in the XII and then reach that level where they’ll be a value add for revenue. Idealistically.

They had the opportunity of a lifetime when any Big 12 school they offered would have said yes, and instead, did what they always do, which is bicker with one another, never come to a consensus, and do nothing…

I don’t know why anyone would say that. I don’t understand how the same ~$80+ million exit fee that both OU and UT are choking on (and not able to pay) wouldn’t have stopped any other Big12 team from looking to leave the conference - to go the PAC or anywhere else.

So, no, the PAC was in no position to pick up a few Big12 teams without some MASSIVE associated costs - so that was certainly nothing anywhere near an opportunity of a lifetime.

It seems to me that the only time that the PAC can make a “deal” is when there current media rights contract(s) expire and the new contract(s) are being negotiated and any perspective new members can be valued into the new deal(s). So to me, that is what the PAC will be studying and when they will be evaluating perspective new members (ie: sometime in the next year or two).

“The leader of the Pac-12 has talked with “several” other FBS commissioners who support the idea of breaking away from the NCAA as well. According to him, everyone wants to have a separate organization run the 10 FBS conferences.” 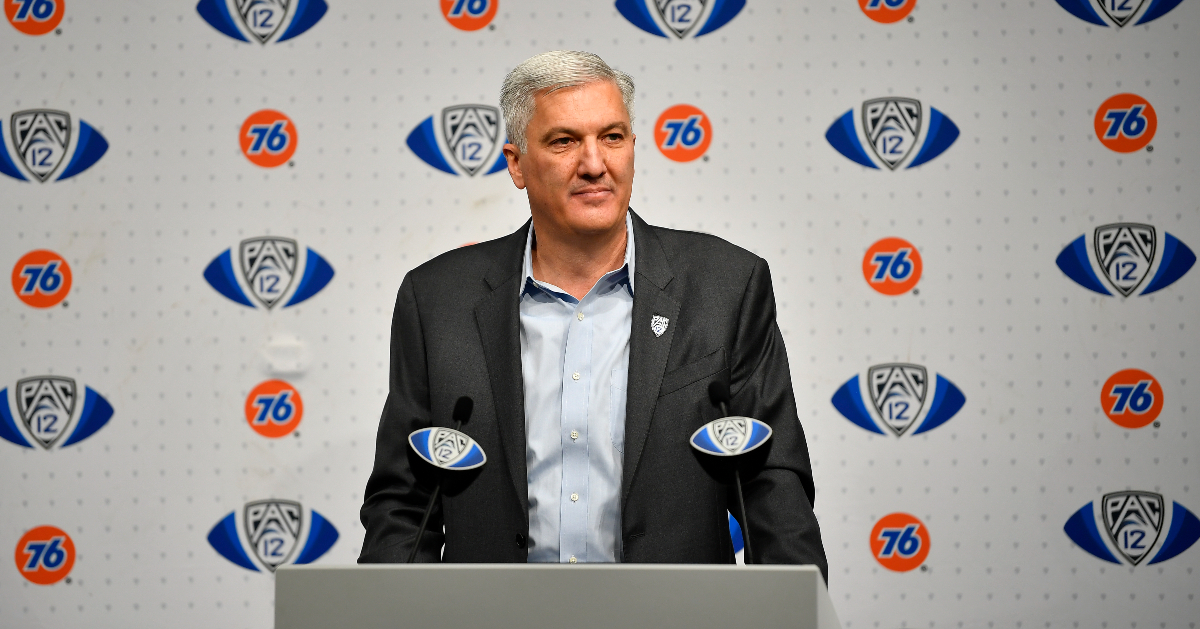 Pac-12 commissioner George Kliavkoff believes the NCAA should not govern college football and the FBS conference should break away.

After UT and OU left, they could have had their pick. Had two or more BIG 12 teams left for the PAC, the conference would likely have to dissolve. Forget about 80 million at that point.

It didn’t happen because those Big 12 schools didn’t add enough value to interest the PAC-12.

Don’t put money on that.

After UT and OU left, they could have had their pick. Had two or more BIG 12 teams left for the PAC, the conference would likely have to dissolve. Forget about 80 million at that point.

I think that’s nonsense. If UT and OU could have saved $80 million each by having a couple of other teams leave the Big12 then they would have gladly paid them to leave or paid the PAC to take them.

Its not. That’s a fallacy. They just see a chance to make more money with no rules. Its not a different animal but they want to make it one.