So in one of the nomination speeches someone said “the border crisis caused by [Biden, Dems, Harris, Hillary, anyone but them, Beuller?] is killing Americans everyday”.

Tribalism is overrated and kind of explains the mess we’re [meaning the entire planet, not just here] in.

So, what to do on the border and is it really really a crisis?

Yep, made worse by the Biden administration.

It’s not a “crisis” but a problem that could be handled better. To those that
live in fear, it probably does seem like a “crisis”. To those that get fed the Murdoch
media and drink from Qanon fountains it’s a “crisis”. It’s all they are told.

The “murdering Americans everyday” sounds like typical hyperbole. Its mostly a lie,
but would love to see hard data that supports that claim.

To the Qanons here, go buy four or five more handguns or ARs to hide in every room of your house
and don’t forget the bathrooms and garages. It’s the protection you need so you can feel safe and sleep with the lights off. Those immigrants are well armed with knives, machetes, and handguns don’t you know. Amirite ?

We can discuss how different administrations handled immigration since 1836 but to infer any one person or any one party is responsible for people showing up at the border is an insult one’s own intelligence but hey, it works.

Someone said a few decades ago…

Someone said a few decades ago…

Meaning people have been saying this forever?

I mean, what would be the chance of that?

It was a pretty good restaurant bak in the day.

houston police department is 6258 officers as of 2020. in 2 years, over 3 million illegals have come in. biden admin, even this week with his speech; has shown they are not serious about stopping that. so, easy math says 6 million illegals under the biden term.

it is known that mexican cartels are running things on the mexican side of the border mostly to make money with drugs. if they get enough cartel illegals thru, its pretty easy to outnumber the houston cops in order to use houston’s capabilities as a major city to sell and move drugs thru.
seems quite reasonable. thats what i would do. if not houston, then use dallas.

did not have to happen if the border was closed, both parties, fed and state; have decades of blame for it. trump actually did the most to resolve the border.

Did you really just basically give us Cyrus’s speech from The Warriors about taking over a city? I mean if you’re going to do it do it right, finish it up with a …

never seen the warriors, before my time

I didn’t even remember who said it, just that it was crazy so it stuck with me.

Glad I made you feel pretty cool.

No one mentioned your name. Is there something amiss or something?

Can you believe this?
How asinine is this?

Your own local texastribune, hardly a rightwing news media source. 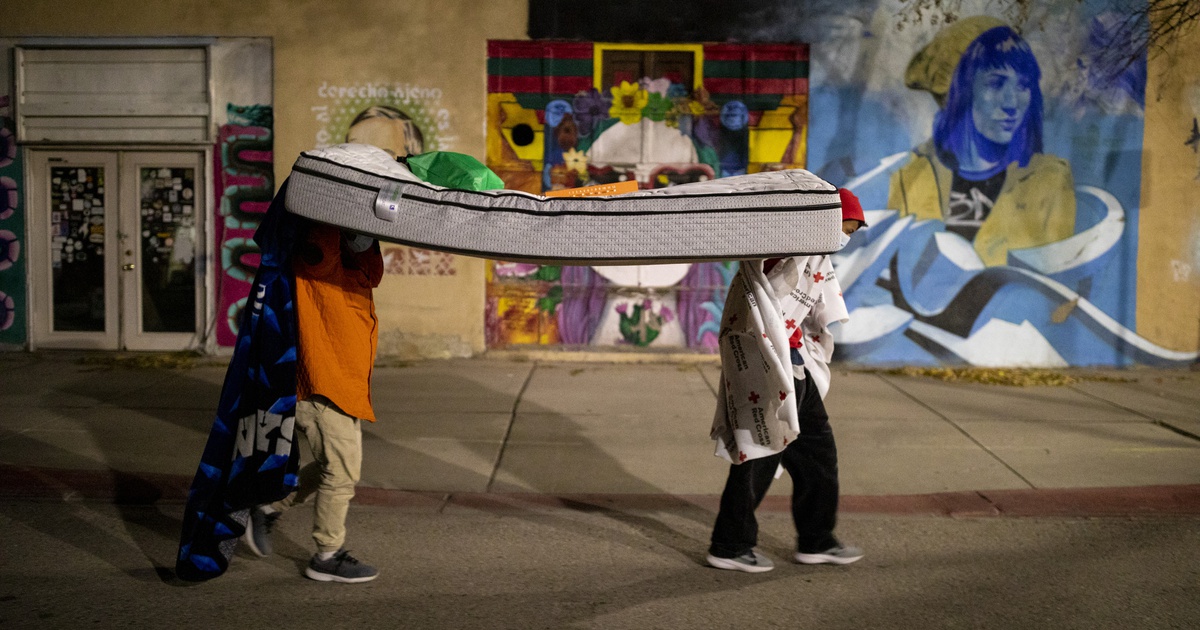 In El Paso, migrants are sleeping on the streets after thousands crossed the...

A Nicaraguan fisherman planned to spend the night in a parking garage with other migrants, then a good Samaritan offered him a place to sleep. The city is struggling to handle a sudden influx of migrants that has overwhelmed local resources.

Purposely you are writing this.
The lack of self awareness…atrocious.

They are here to take over our cities with their gangs!

Well now I’m on this kick, guess I know what I’ll be watching later tonight.