So your complaint is they reported on eggs today rather than fentanyl. It isn’t like they never reported on fentanyl. Looks like almost once a week since December has had a fentanyl related article (see below). Though it is the NYT so they could have a fentanyl story daily and you probably would still complain about their reporting.

Where is your tptimes headline saying biden is helping fentanyl get in?
Where is it genius?

Now I understand what your complaint is, thank you for the clarification. It wasn’t that they weren’t talking about fentanyl, it was that NYT didn’t directly blame Biden in the fentanyl related headlines. If that’s what you’re looking for, I admit I did not see any. I also did not see any that said Biden wasn’t to blame either.

I don’t know the ages of everyone, but a lot of these guys are gonna be unhappy with the shape of society, especially in the West in the next 30 years.

The GOP flailing around and sounding all the false alarms is the last gasp at trying to discredit the future to preserve the past. Print it.

Btw, save the trees, please print everything to pdf. Also, please stop hoarding sinks everyone. 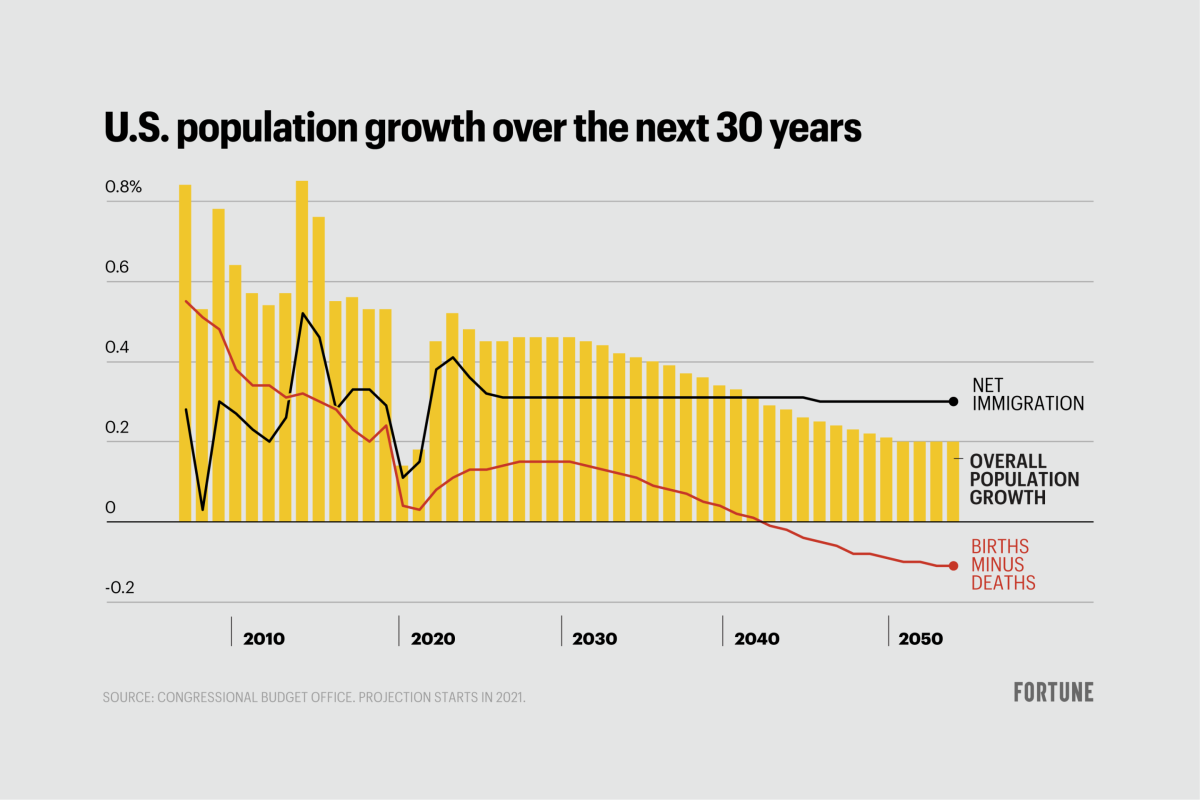 Immigrants will make up for the lag in new births in the U.S. in the coming decades, a recent government report predicts.

We are going to need immigrants just to keep the country going.

If the borders are open, how are we seizing so much fentanyl? 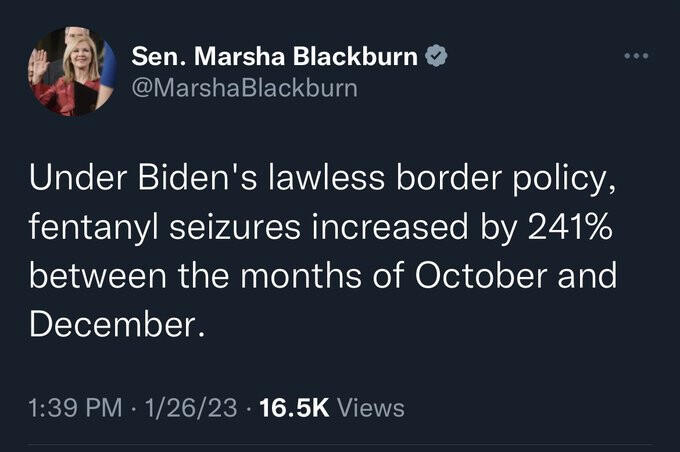 And that’s why I love sci-fi novels. We used to be such a forward looking country, now we’re just resting on our laurels. Look at current homes being built. In the 50’s, 60, 70’s we had some cool future looking homes, now they all have fake arches and fake red brick. The C45’s changed their name to Astros. Our football team is called Texans?

Probably at the official border crossings.

Probably at the official border crossings.

That would make sense. I’m assuming you would smuggle it in via trucks which may need to be on actual roads rather than off-road vehicles. Or on ships and planes. I would assume an 18 wheeler coming through the desert on unpaved road would be easier to spot and have a higher likelihood of a breakdown on the way.

Did you even try to ask yourself about the amount we are not seizing?
You probably have not. The record number of deaths due to Fentanyl is your undeniable answer.

So, do you want more drugs seized or not? More were seized. Isn’t that good?

What is it that you fail to comprehend?

More drugs are seized. What’s to comprehend? The numbers are clear the seizures are up.

But it wasn’t seized at the borders, it was at the port of entry. So no bearing on Biden’s policies.

SAN DIEGO – More deadly fentanyl is being seized by border officials in San Diego and Imperial counties than at any of the nation’s 300-plus ports of entry, making this federal district an epicenter for fentanyl trafficking into the United States.

As I stated, it would seem that port of entry still would be the best place to smuggle large quantities of drugs rather than walking over the boarder like people.

Did you even try to ask yourself about the amount we are not seizing?

I’d ask myself that but I know that myself doesn’t have the answer. However do we have an answer to that or just estimated or speculative answers? How do they estimate the amounts not being seized.

the facts remain drugs at border or port, this is on bidens watch and he has the responsibility to do something, not congressor govenors.

over 70k died from fetanyl last yr and biden sleeps quite well.

dont get me wrong, for decades, both parties let tens of thousands die from smuggled drugs biden is just the worst, so far…