Nice to finally see the Coogs with a big presence in it.

Disrespected right until the end!

I expected Mark’s put back and 1 to be in there.

I felt the same exact way. Someone made this edit , it has more UH footage in it. 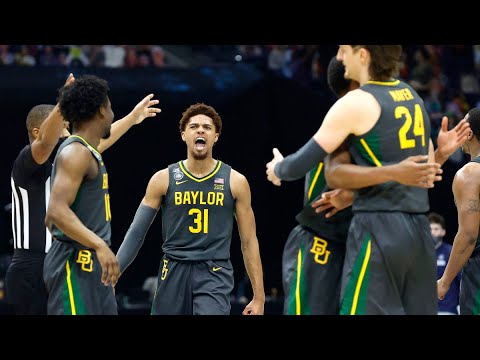 That’s more UH love than the first one

I thought the same but I went back and watched for the other Final Four teams. There was not much for Baylor and Gonzaga before they got to the Final Four section. The team that kept showing up seemed to be Michigan. I assume they used most of the earlier footage to squeeze in as many non-F4 teams as possible.

Still cannot believe that Mark put back was not included.

Michigan and Oregon State. That’s what I saw at least.

They will but it will be a different song

They do put in all 68 teams so it is tough to give any team too much. They always focus on the major upsets and the final four. I agree that Mark put back should have been in, but the Deeky dunk was more flashy. A Sasser clip from the final four would have been nice. The funny part to me was with Luka Garza. I assume they wanted multiple shots since he was player of the year but neither are plays, guess he didn’t provide many highlights!

At least we aren’t like UT where the only pieces are the players and coach in shock.

It sucked this year. Too many play by play voiceovers and it drowned out the music. These get worse each years. Looks like it was thrown together.

This year’s version had no magic. Truly disappointing!

lol y’all are ridiculous. UH was featured appropriately. There’s 68 teams and we got more shine than any save for Baylor and Gonzaga and on par with UCLA.

Not complaining about our time but the overall disappointing quality of the feature.

not all 68 play the same amount of games…which is the point you are missing.
and also there is more loyola, more oral roberts, more alabama than us in there… any Syracuse and oregon state got more aswell but closer… we got a block and a quick note that that we made the final 4… not unless you are counting players scoring on us, there are plenty of teams who got more time that us

Sure, but they have to fit 68 teams into a runtime of 3:00. That’s an average of a little under 2.65 seconds/team. CBS has to be extremely judicious with the time that they give each team. Factor in that they have to allot more time for Cinderella runs, major upsets, and the Champions – three categories that did not include the Houston Cougars this year – and the time we got is pretty fair.

This is what matters