• UCF faced Seminole State (Fla.) CC this past weekend. Junior college transfer righthander Trevor Holloway left a lasting impression on the coaching staff with a fastball ranging 89-93 in two sharp innings. Graduate transfer lefthander Grant Schuermann, who arrived via Furman, showed good pitchability in the 84-86 range with his fastball, while transfer Zack Helsel was sharp from the sidearm angle. The Knights also were pleased with 6-foot-5, 240-pound freshman righty Nolan Lepkoske. The righty was 92-95 and up to 96 mph with his fastball … Offensively, catcher Anthony George, who missed almost all of last season because of an injury, hit a home run and had a good scrimmage, while sophomore infielder Griffin Bernardo has made a significant jump with an improved offensive approach. 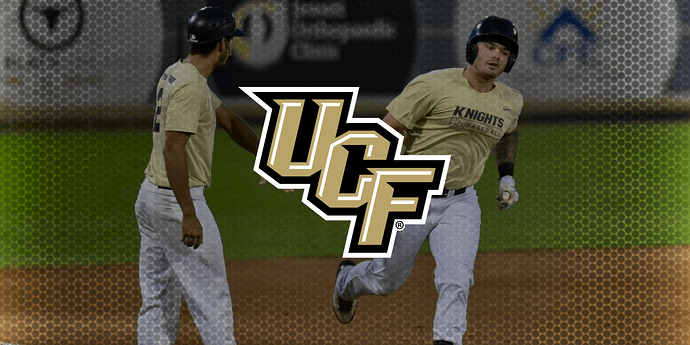 Tyler Osik headlines a veteran lineup for UCF, which has reloaded on the mound and looks poised to make a run in the American Athletic Conference.

The Knights won 35 games last year, finished in the middle of the American Athletic Conference pack at 13-10, and 44th in the RPI — but they just missed out on regionals. Lovelady thinks this group is more prepared to endure the ups and downs of the season, and if it all clicks this group has a chance to get back to the postseason and make some noise.

“Last year we had a lot of new players that were playing new positions, or new to the program, that just mentally weren’t prepared, weren’t ready for it,” Lovelady said. “The game just sped up on them a lot when the moments became too big. So now we have our whole offense back except Rylan, so we’ve just got a lot more experience there.”