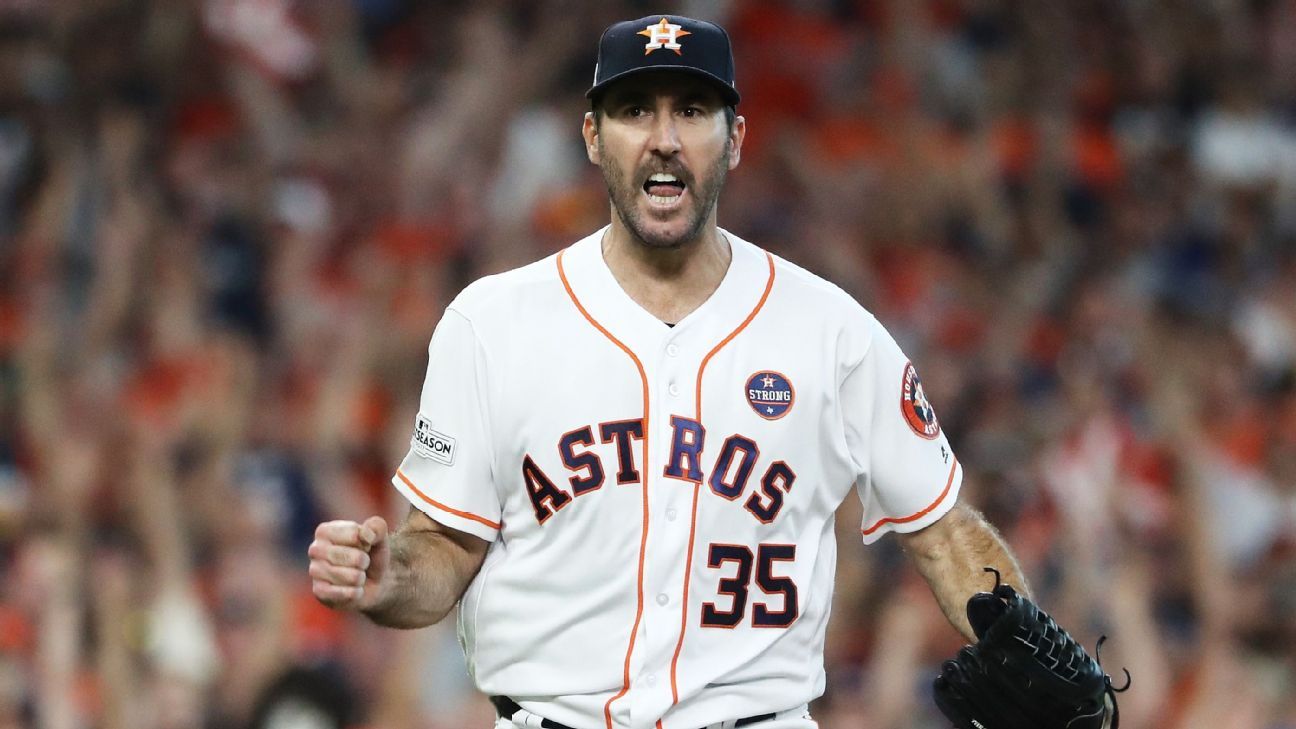 Two-time Cy Young Award winner Justin Verlander is staying with the Astros after agreeing to a one-year, $25 million contract with a player option for a second season, sources confirmed to ESPN.

$25MM for one year of a probably-washed Verlander? I’m having a hard time seeing this as anything but an L.

You can think what you wish; I am extremely happy to have him back. I also like his wife as well.

It’s a lot of money but I am glad to have him back and anchoring the rotation. We sure could have used a healthy Verlander in this past World Series.

If he can pitch at 85% effectiveness it’s a win for the rotation.

On the other hand, Verlander is 0-6 all-time in the World Series, and would have done nothing to help the ice-cold hitting

I still would have preferred him in Game 1 and 5 over Framber, or Luis in 6. His experience is valuable over trusting two in their first WS. Plus, Some of those losses were lost early in the game and didn’t allow the offense to have a chance.

It’s a push for the Astros considering the merch sales and hype he will bring as a “true ace”. It’s a bonus if he actually pitches and pitches well.

Means Greinke for sure won’t be back. FO would have to be crazy to sign two aging arms. I’m okay with the move tho. JV at 85-90% is worth 25 mil. And we’re only locked in for a year. At a minimum it’ll generate some jersey sales and potentially give the team a farewell tour to market.

Many come back from TJ surgery. Big time power play by GM.

BTW - the scouting report from his last workout included the terms, “electric” and “poppin.”

Ok, creepy but expected. So with Verlander returning will you be any more closer to her than if you just image searched her regardless of where he is?

The return of MLB’s leader in first inning HR’s allowed.

It’s a lot of money but I am glad to have him back and anchoring the rotation. We sure could have used a healthy Verlander in this past World Series.

The contract has a player option for 2nd year. So JV can have yr 2 kick in if he so chooses.

If he has more in his tank than Greinke, then he’ll be valuable as a starter, long relief and spot relief.

I hope the Astros go after another proven starter.

McCullars has a long history of injuries and his injury in the playoffs probably cost the Astros the WS.

You think it’s creepy that I like his wife? What is creepy about that? I didn’t say I wanted to do anything with his wife, I just like her. BTW, I like a whole lot of other people as well and a lot of them are women, is that creepy too?

Do you like anyone? If so, are you creepy?

Single Home runs don’t hurt you, its the home runs with 2 or 3 runners on that kill you.