Per Orangebloods: UT expected to make official announcement on Big 12 exit next week

Wow! Are they expecting to be let in into the SEC? How does this work if they are denied, do they go crawling back to the Big12?

I’m assuming this is all a formality and that they already have the necessary votes.

I can’t imagine they would be doing this much saber rattling without already knowing they are getting in.

I work with nothing but Aggies. Our company colors are literally maroon and white… today and as long as this lasts is going to be glorious.

I’ve asked several already “aside from this making A&M irrelevant again, what is your argument against them joining?”

they all have the typical Aggie spin and talking points and seemingly refuse to acknowledge the truth - that they will forever be UT’s little brother, and this will absolutely crush them if it happens.

This would be a MASSIVE positive for the SEC, no downside for the conference as a whole as I see it. 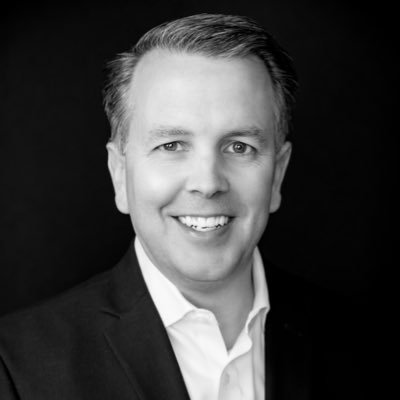 #BREAKING: Early next week, the @TexasLonghorns and @UofOklahoma will send a letter to the @Big12Conference stating that neither school will renew their media contracts when they expire in 2025. -more-
Coog51 July 22, 2021, 1:52pm #9

Texas finally gets what they wanted in the early 90’s. Texas and Texas A&M have now officially left all of the former SWC schools. They have departed the SWC with Oklahoma, Arkansas, and A&M.

Where is aldine during all this mess? aldine we need you! You always provide good stuff during the middle of an expansion discussion. If you don’t respond, I’m jumping off this ledge and getting a divorce. Wait a minute I have that ass backwards.

Wow! Are they expecting to be let in into the SEC?

YES
UT will either join a conference (SEC or B1G) or go independent but they are leaving the Big 12.

UT and OU could stay in the Big 12 if the other schools gave UT and OU each $5M. That means TCU and others would get $30M instead of the $40M conference payout and UT would get an additional $40M. It’s like what Boise State is doing in the MWC.

In any case, UT and OU are sitting pretty good. They are about to get paid.

UT is a TERRIBLE conference mate.
They have destroyed EVERY conference they have been a part of.
If I were the SEC, I wouldn’t want them.
But all anyone can see is the money.

Thank you for that info. Was just curious as to how that would all work. Was hoping they would just be dangling in space with nowhere to go🤐

From your lips to God’s ears

Aggies are in melt down mode….back under Big Brothers thumb once again….glorious

Maybe they should have wrote it in their contract upon entering the SEC that UT will not be allowed in the SEC and if they are a candidate and TAMU agrees. Texas A&M will be paid $100 million by the Conference.

They have destroyed EVERY conference they have been a part of.

None of this is unexpected…big 12 is seriously scared and they should be…Fox and ESPN are already signaling they intend to lay back and let smoke clear and they, unlike before, will not lift a finger to stabilize Big 12 or help them financially. Yuo can expect that TV contract to seriously nosedive. And if other opportunities come along, big 12 members will not hesitate to leave…Any of you SERIOUSLY think SEC can go to superconference 16 and B1G does nothing?? They are already preparing to bring in 2 schools so THEY can go to superconference 16. Their GOR expires in 2023. …PAC 12 has already been advised by their contracted marketing firm to expand into central time zone as soon as next opportunity comes…That would be 2024, which means a bid in late 2022, or 2023. Their commish Larry Scott, who was anti expansion, was fired recently and a NEW commish hired…You think that was a coincidence?? I DONT…
When its all said and done in a couple of years, there will be precious little of the big 12 to mourn over…and we will be a PAC member , along with a couple of selected former big 12 schools.
Our AD will be happy to ask all yall a question…"WHY do you think i was hired?? " Because i am a Cougar, who also was an asst AD for CAL in the PAC 12 for a number of years, and i am an insider with huge contacts. " Its going to happen…Its going to take several years, but it IS going to happen…And we can thank whorn and okie for getting the ball rolling…thats irony…

Not this time. Bama, UGA, and UF have the money and the balls to tell UT to stuff it. Not to mention, OU is pretty much stuck in the SEC, as they do not have the academic pedigree for the Big Ten and the Pac-12 for whatever reason, just doesn’t want to seem to pull the trigger on an eastward expansion.

The only possible wrinkle that I could see happening, and someone mentioned this earlier, is if Mizzou says, “sorry, we hate UT and don’t want to be in a conference with them”, chucks deuce, and heads to the Big Ten, which is where it wanted to be in the first place. Mizzou has natural and historical rivalries with Iowa, Illinois as well as with Kansas, which I personally believe is headed to the Big Ten if this goes down. I don’t see any of the other schools in the SEC going anywhere.

From my vantage point here in UGA country, its going to be hilarious. I personally despise the SEC and love to see them lose, and while it would be great to watch the SEC implode, its not going to happen. In fact, the only thing that could bring the SEC to its knees are two things that are outside of its control - money and politics. But this is a non-political forum and I will leave that for another site.

Or as one sports writer characterized the leak as “the bomb that college football needed exploded yesterday.”