_“Through three exhibitions, Keenum appears the winner of a competition that never really materialized.” 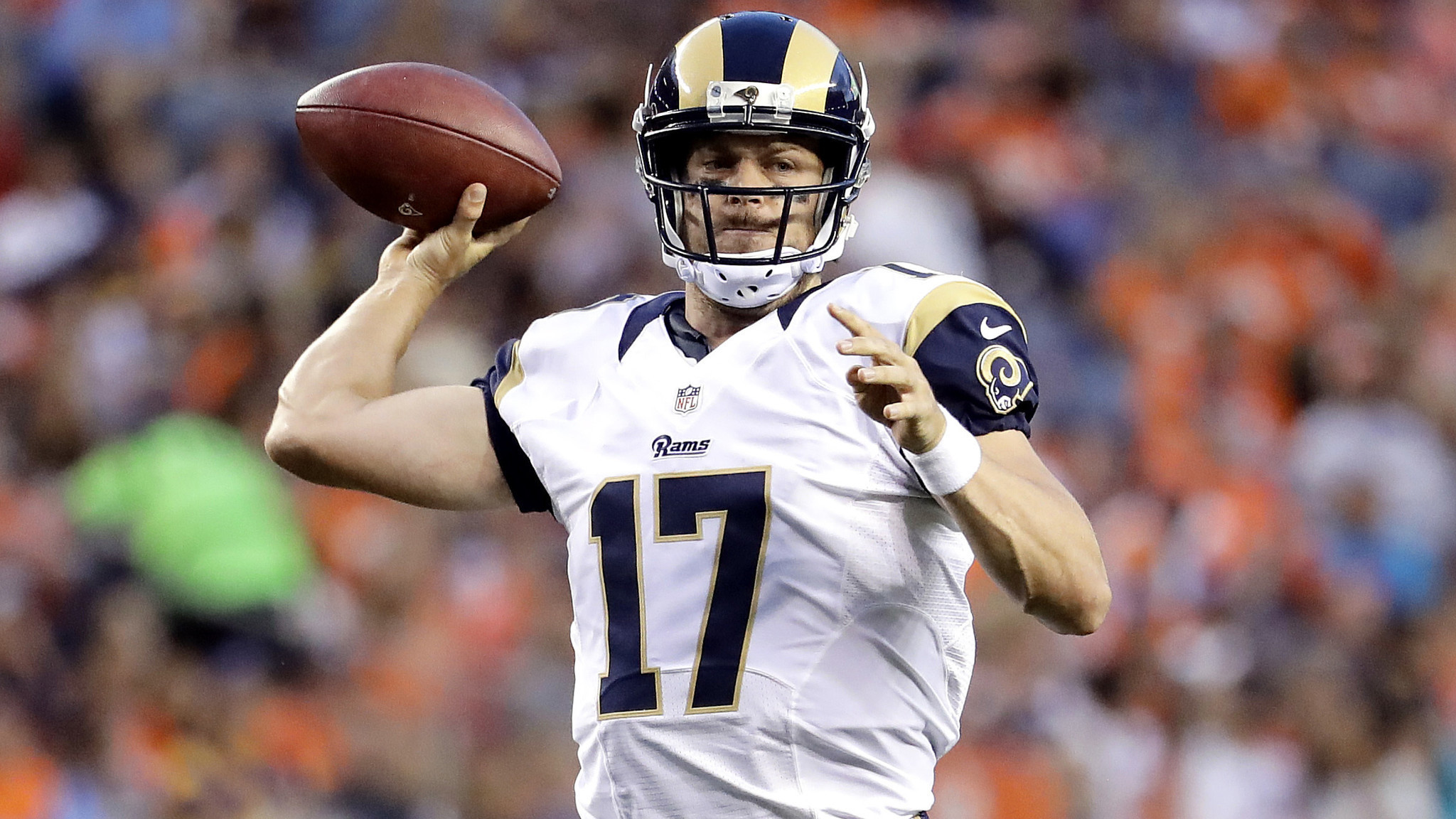 The Rams held their collective breath as quarterback Case Keenum dashed toward the far sideline at Sports Authority Field.

I didn’t get to watch this one. How did he look?

I saw the hit. Case took a cheap shot as he was heading out of bound by punk*** Talib. Too bad the Rams didn’t retaliated.

That headline says everything you need to know about how close Goof is to being ready. The first rounder only completed 4 passes and the only reason he doesn’t have a pick six in his stat line is because the Bronco defender he threw it too was thinking about his end zone dance instead of catching the ball (hit him right in the chest).

Case was solid but not spectacular. The Broncos D can still bring the heat and Vonn Miller was running almost untouched into the Rams backfield. After getting sacked early Case was throwing everything really quick. Might have picked different receivers on a couple of plays but that’s about the worst you can say.

Rams played without Gurley. They’re going to look mediocre when he’s not playing.

That Rams team is not good. It’ll be something of a miracle if Case can make them competitive. Might have some shoot outs as I think their D blows. jmo.

I’m starting to prefer a scenario where Goff is given the reigns, completely botches up for several games, and the Rams fans pummel the team with demands to bring in Keenum.

As the saying goes the most popular player is the backup QB.

The fans are going to be hell bent on wanting to see their 1st overall pick coupled with how much was invested to move up to draft him.

I saw the hit. For that to occur in a preseason game is just pathetic. Talib is a moron.