A former top FBI official in New York has been arrested over his ties to a Russian oligarch, law enforcement sources told ABC News Monday.

Russian mole. Be interesting to find out if he tried to subvert the investigation into Trump campaign ties to Moscow. This is a two-edged sword.

Just to be clear, when the New York Times reported that the FBI saw “no link between Trump and Russia” — a week before the 2016 election — the FBI agent who was just arrested over ties to Russian oligarch Oleg Deripaska was heading up the investigation. Just an absolute scandal.

JUSTICE FOR THEE BUT NOT FOR ME 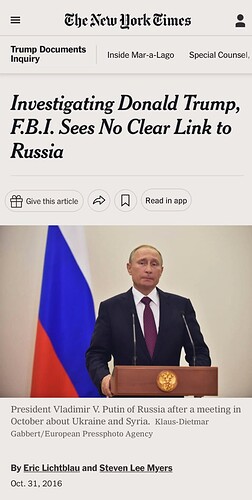 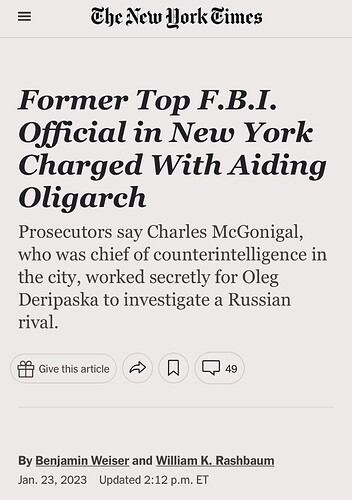 Why do you say that, Chris? The FBI guy in charge of investigating Trump connections was connected to Russia. You think it was interesting before?

Why do you say that, Chris?

Was that a serious question?