@JosephDuarte
University of Houston president Renu Khator to the Houston Chronicle on the state of the football program under coach Major Applewhite: “We have had a tough season, for sure, with a lot of injuries. We understand. We will review and evaluate.”

She needs to evaluate what an empty stadium looks like, because keeping Opie will guarantee it.

Hopefully a quick evaluation of not meeting expectations.

Yep. If they keep him, and empty stadium for sure.

This is Levine version 2. Applewhite will be retained because you “have to give a coach three years”. Next year will be the same mediocrity and then he will be let go and we will have wasted an entire season.

It’s tough being a Coog.

Another nebulous statement… no verbal votes of confidence is kinda telling.

Both doors are being left open. They haven’t made a decision yet.

this is only day 1 after the bowl game

They cant make snap decisions without having a plan in place

I just think it’s a bit surprising that removal is actually on the table.

But that’s what happens when both coordinators are gone and you get your doors blown off in a bowl game… and that buyout too.

Read the whole article. Seems like she’s comfortable with bringing him back. 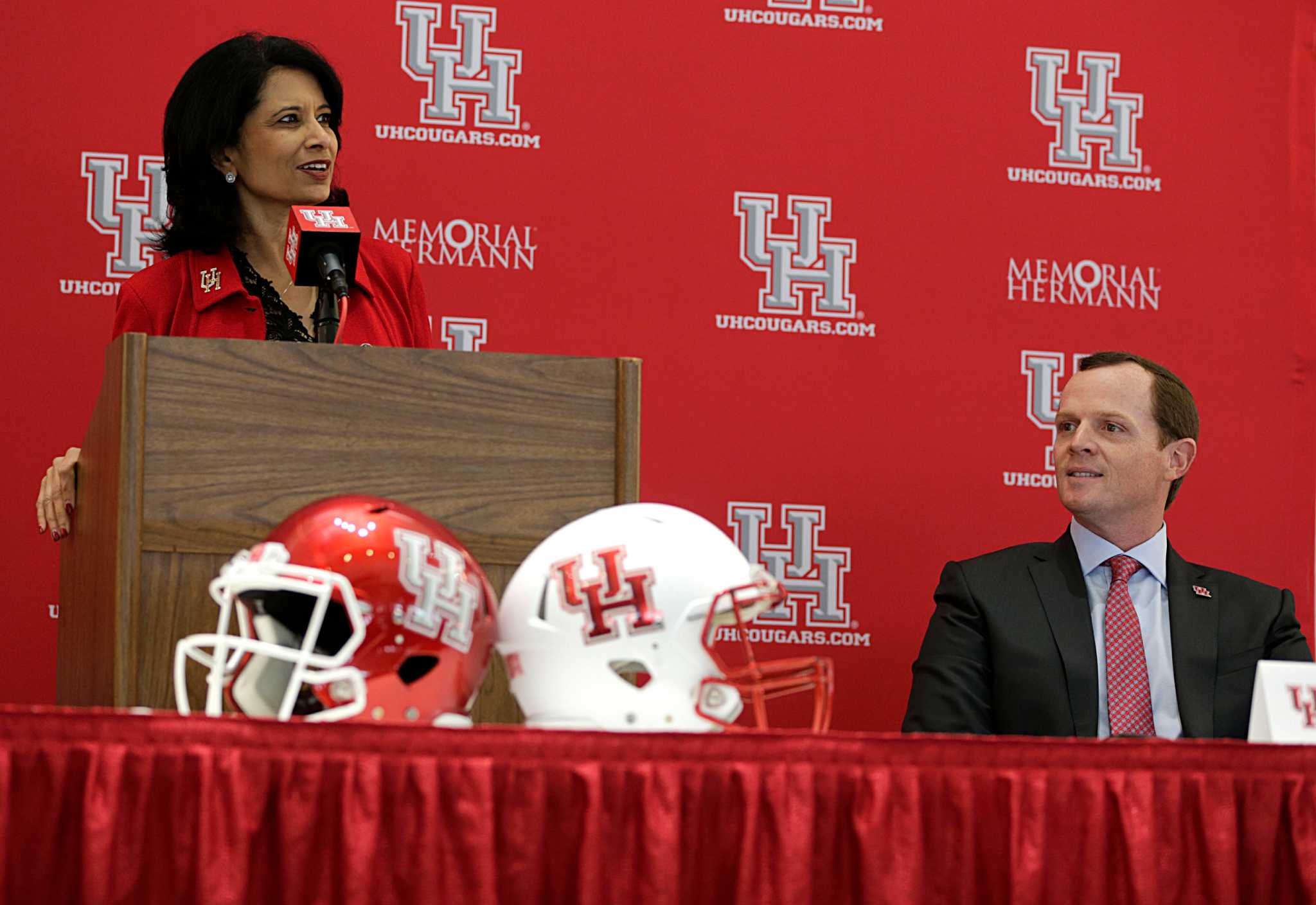 University of Houston chancellor and president Renu Khator said Sunday the school will...

Huge mistake if they do.

When you set the kinds of records we set yesterday there needs to be a bloodletting. Her statement is a precursor to what’s coming. As soon as they get the money settled, no way he’s staying around.

Either she truly believes in Applewhite, or she is holding off any major headlining statements out of respect for Major’s family during the holidays

It could be this gives us time to talk to replacements and then announce CMA is gone after a replacement is found.

Yep, further evidence that this mistake needs to be taken care of.

She didn’t say diddly squat. That was a quintessential 24 hour press release. If she lets on how enraged she is then it puts Pezman in an awkward position. There was no plan to fire Applewhite before yesterday. But sometimes one game is just too damn ruinous.

She mentioned injuries to give Pezman some breathing room. But I’ll bet (complete supposition here) that they are going to see if this blows over or if there is a groundswell of anger.

If some of our better boosters are unhappy then that’s all the impetus she needs to release the Sword of Damacles.

She is at the basketball game texting.

Go ask her what the plan is! Lol