One of the best to ever do it. One of my favorites. I got to see him once live. An amazing experience. 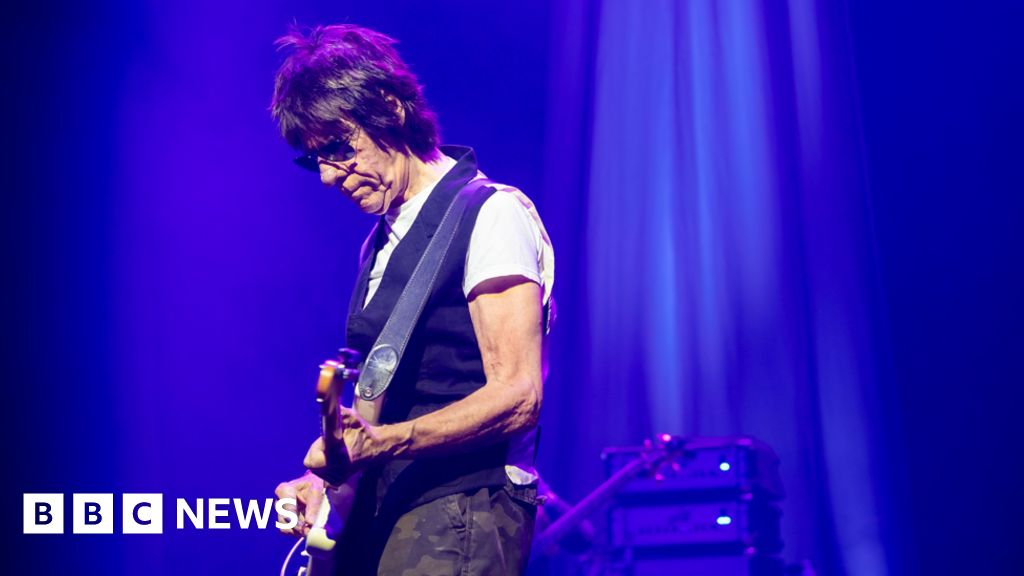 One of rock's most influential guitarists, he was inducted to the Rock and Roll Hall of Fame twice.

Great musician. Considered one of the best lead guitarists of his generation.

One of my all time favorites.

Beck and Tony Iommi are the greatest ever!

One of the more interesting story lines of the classic rock era was The Yardbirds, which featured Jeff Beck, Eric Clapton and Jimmy Page. Clapton left before Beck and Page joined the group, but for a short period of time The Yardbirds featured great lead guitar talent. All three are in the Rock & Roll HOF.

Own a few of his records.

I stole my uncle’s copy of Blow by Blow.

If I was your uncle, you’d be missing a nut

Saw him 5 years ago and the guy was awesome. Think he was 74 then

I can’t remember when I saw him. It was this century though. LOL I was blown away by his cover of the Beatles A Day in the Life. That was the first time I heard it.

Did he figure it out that you stole it? While I won’t condone your action, I’ll give you credit for knowing good music.

His work on “Amused To Death” was fantastic. It really sets the tone for the album.

I will leave ya’ll with this one…

He knows. He also knows I have his Lamb Lies Down on Broadway album.

I have been listening to JB non stop since he passed. This one hit me hard.

The passing of Jeff Beck was very sad for me. I am a huge fan and have seen him play around 9 times starting back in the 70’s at the Music Hall. Luckily, I saw him the last time in September of this year in The Woodlands along with ZZ Top and Ann Wilson. I traveled to the Hollywood Bowl in 2019 for his reunion with Rod Stewart. He’s always been my favorite guitar player.

I remember when I bought Amused to Death. I didn’t know Jeff Beck was the guitar player until I listened to it . His guitar play was so distinctive and then I read the cover to make sure it was him. Fantastic album.

We are unfortunately reaching the point in life where many classic rockers will meet their end of life.

In addition to Jeff Beck, I will feel a sense of loss when the news of other rockers are released to the public, most notably Neil Young.

Long May You Run.

These guys are getting old. When I saw ZZ Top it was without Dusty Hill back in September. I went with a friend to see Yes a few months ago and they just had one original member Steve Howe who’s in his late 70’s. I saw King Crimson twice in the last couple of years in Austin and they have been together for 52 years.

David Crosby, founding member of Crosby, Stills & Nash, a super group during the classic rock era. passed away today at the age of 81 years old.

Really strange because recently I wondered who among the group, Crosby, Stills, Nash & Young, would be the first to pass away and I guessed Crosby.

Except for his liver which was a transplant, dude wrecked every organ in his body. He also wrecked most every personal relationship.