Was watching a piece on inflation and it was mentioned that bacon prices are up 20%. If this continues, everyone in Congress should be removed.

I had 4 pieces at breakfast just in case

These are hard times; tough decisions are going
to have to be made.

Anybody filled up their vehicle lately?

Transitory has become “could be with us for awhile”

Inflation always hits the least of our brothers the hardest. Slogans and banners don’t work at the Krogers checkout.

Inflation always hits the least of our brothers the hardest. Slogans and banners don’t work at the Krogers checkout.

Yes, but SNAP and $250-300/month/child credit deposit helps with the bacon.

Anybody filled up their vehicle lately?

Yep and a truck with 36 gallon gas tank gets cutoff by the credit card at $100.

I think we’ll see some serious complaining about scarcity and prices for the next few months.

Heard whiskey and wine might start having issues due to lack of bottles. That’s even worse than bacon.

Screw with my cigars and booze, then we’ll have a problem.

Yeah glass shortage everywhere so booze will probably be at a premium soon. They’re saying aluminum shortage is forthcoming. Saw a report that everything is stuck on the boats and it takes 4 months to get everything off. So they’re backed up for a year it seems.

With as many swines in Congress there should be no shortage of bacon.

Time for this country to get back to work. 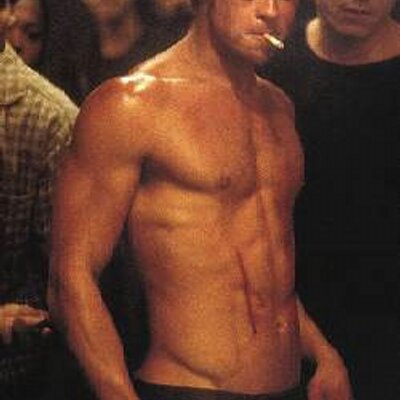 Inflation may slow next year because high prices are tanking disposable personal income taking demand down, too.

California which has arguably the World’s sixth economy now has…1/4 of its population benefiting from welfare.

This year has been a challenge for shippers, with the number of loads to available drivers hovering at about a 6:1 ratio, and skyrocketing the closer you get to a port. Read CCJ for more.

The logjam at California ports show how COVID crises are connected, and may also be linked to the Huntington Beach oil spill.

This is what happens when public employees have no clues on how the real world works.
By imposing these unconstitutional mandates they have created inflation.
By imposing unnecessary energy mandates they have created an energy crisis.
Exemple:
It costs one to $1.50/Gallon more in Orange County or L.A. County than in Arizona…in the middle of the desert or at a gas station in the Navajo Nation.

The same idiot (not strong enough help me gang) which calls himself a friend of nature attends the Getty’s heiress wedding. Yes Getty the same Getty oil company. Personal friends of his and …yes pelosi, the d.c. politician conducted the wedding.

Let’s regroup friends:
Vaccine mandates are putting people out of work thus resulting in hundreds of thousands of containers waiting to be unloaded.
It is also affecting our own security. Fewer cops or firefighters means what geniuses that are for these mandates? Go ahead I am waiting.
Higher gasoline and energy costs:
Higher transportation costs for goods…THAT CAN’T BE UNLOADED

Idiots does not describe it.
Any business major, any business owner knows that what we are experiencing is a recipe for economic disaster. Try to tell that to these dirty prostitutes politicians that have never worked in the private sector. Remember these nobel prize economics professors proclaiming that there all for the “paid for” bill. They are the same exact noble prize economics professors that said the tax cut from the previous administration would lead to an economic collapse. What happened? The best economic numbers in over 50 years. The lowest gasoline costs in decades and we were energy sufficient meaning we did not have to answer to…OPEC.

We heard inflation is temporary. This is ongoing for eight months already and now we are all reading likely to get worse.

Meanwhile our leaders want OPEC to pump more…when we were the world’s highest energy producer just a year ago.

Climate czar John Kerry and his wife have at least a $1 million stake in a Chinese investment group that is a major funder of China’s artificial intelligence sector—including a tech company blacklisted by the United States for human rights abuses...

For the ones on this site you can’t deny any of it. Kerry is refusing questions on the subject.
The same dirty prostitute politician flys non stop all over the World on private jets. Non only polluting the atmosphere at record pace but…YOU AND I pay for it.
Oh I almost forgot the bill gates, jeff bezos and di caprio’s of the world. They all fly on private jets to the same climate summit.

Who is kidding/insulting whom friends?
This is not a matter of one party vs the other. It has nothing to do. This is the same in your face d.c. dirty prostitutes politicians and so called elite shoving down our throats their own ideologies. They could care less about you and I. They are getting $Millions/Billions while the middle class and the poor won’t afford to buy food for Thanksgiving.

What does Thanksgiving stands for? Oh no I forgot they want to abolish that too.