I have one hundred and fifty trillion dollars. 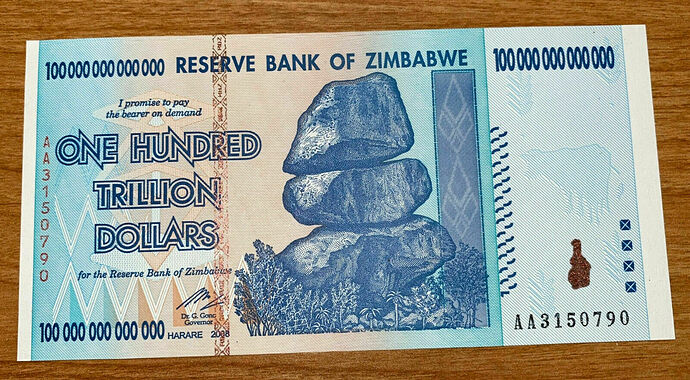 I have one of these and a fifty trillion dollar note also.

I agree generally but Tillman really cares about UH. Basically all we need is this buyout payment and to get that faculty for operations built then we’re done for yrs. Prob the school just pays the 17 or 20 mil bc we will make it up once in the big 12 with more cash to offset the school’s subsidy so i don’t think we bother tillmam for this.

It’s my hope we use the new big 12 money to reduce the yearly subsidy the school pays to athletics which should get us more in line with normal p 5 schools. No reason we can’t and I don’t want us upping our budget by much. We can compete with our current or close to it type budget.

ND doesn’t get near the payouts that the sec or Big10 pays from their network and they compete sorta well.

ND gets 15 mil a yr from NBC , yet they compete and we will surpass their amount in the big12 for ex.

We need to and should up our budget quite a bit. We have been running our AD on fumes and a skeleton crew. That is going to change and has already started.

Ok well I hope if they do , our admin / school , doesn’t have to subsidize as much or gets it down to what Baylor etc do.

UH projects 75 mil budget for 2022. Texas Tech is at 88 mil so it’s doable to get close to tech and still reduce our subsidy with the new big 12 money.

While we wish that’s how UH will spend its new money, we know that they ain’t going to decrease the subsidy. More money means more spending.

That’s just how it’s gonna be.

I bet we start spending close to $100Mil once we start getting some decent B12 money.

We will get at least 3 times or more what we make from the aac now, at least so we prob net an extra 20 mil then add 10 mil to the budget then 10 mil to offset the admin’s subsidy. This is my hope.

Well, with our current rate of inflation, we might all be billionaires in 20-30 years!

Kenneth Lay Omgoodness……I had forgotten about that guy.

I’m pretty sure one year of Jim Nantz salary would take care of the buyout.

Not so, it would take a couple years, depending on the settlement.

Apr 2, 2022 — Just last year, Nantz signed a new contract with CBS, which goes as high as $10.5 million per year, per New York Post. On Nantz’s previous deal, he was earning an annual salary of $6.5 million.

That is shameful….how can he be making less than Romo? Jim does so much more than just football!

Apparently he gets another 4M from Titlest.

He does a whole bunch of commercials, so I imagine he gets a pretty good chunk of cash from them as well.

At least some of Moores’s affection for UH was that it was where he met his wife. So is divorce hurt us along more dimensions than one…

I think it’s interesting that a university like UH with 200k living alumni built of gritty, working class types, all the way to its foundational core is so often quick to revert back to which billionaires should pay for what.

Allen Stanford…he is a heck of an investor!

Allen Stanford…he is a heck of an investor!

Yeah. That’s what comes to mind.

You are absolutely correct. That $17-$20 million is a total number, including the $10 exit fee and, as you note, it appears the precedent set with UConn was a major factor in getting the numbers lower than the $45 million total Aresco initially asked for. 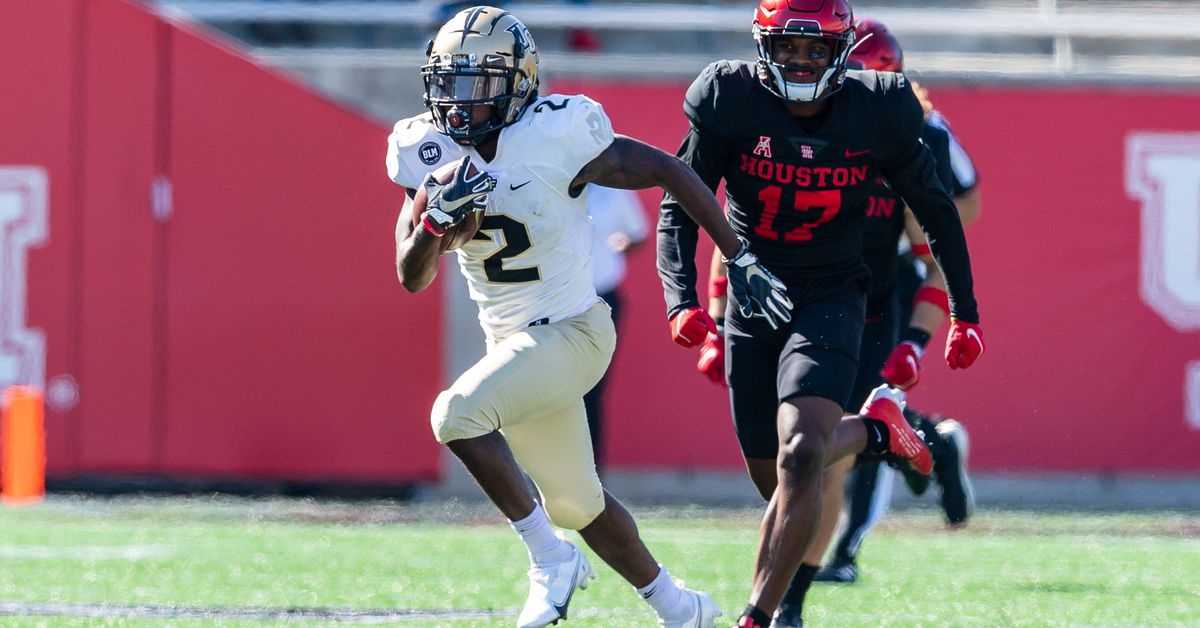 Reports Indicate the Three AAC Teams Leaving for the Big 12 Will Pay $17 to...

There have been rumors flying around about how much Cincinnati, Houston, and UCF will have to pay to leave the AAC for the Big 12 early. Now, it appears we know, Somewhere between $17 and $20 million.

“Earlier in the Spring of 2022, the Houston Chronicle reported the AAC was seeking $35 million from each of the three AAC schools leaving in additional exit fees to leave for 2023-24.

“Now, the numbers being reported sound more official. Brett McMurphy of Action Network is reporting that they’re negotiating a fee of between $17 and $20 million to exit early.

“That number would be a total including the $10 million exit fee.

“In other words, the standard set by UConn leaving was highly impactful on this decision.”