From the Galveston City Directory of 1889. Whoever said there was no free lunch should have consulted Mr. Kratzschmar. 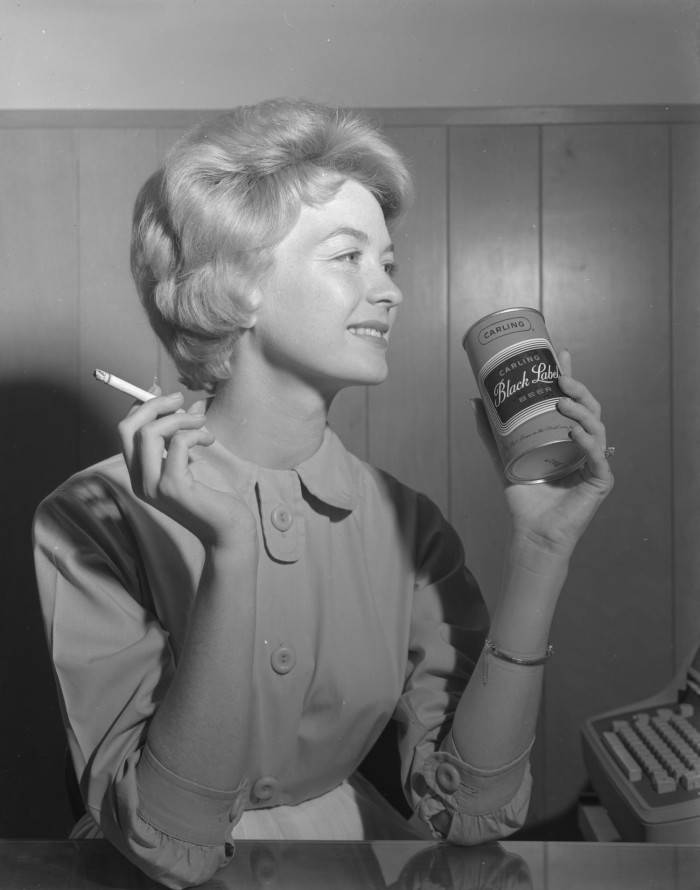 Office protocol in Austin was way different back in the 1960s. 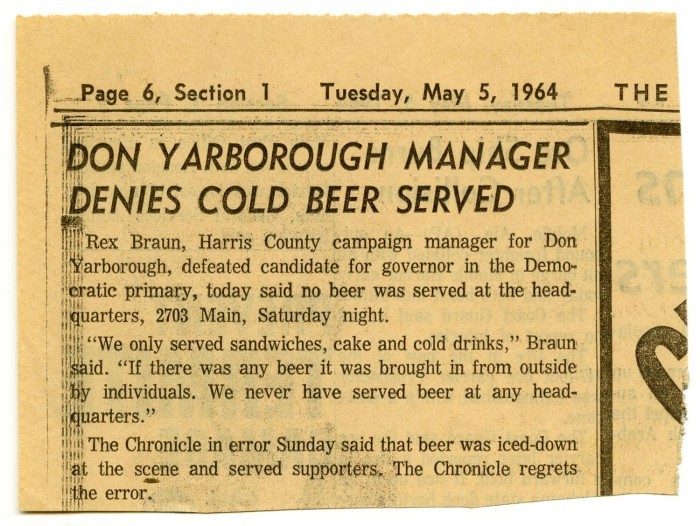 But the atmosphere was not so permissive at Yarborough headquarters in Houston. Or was it? 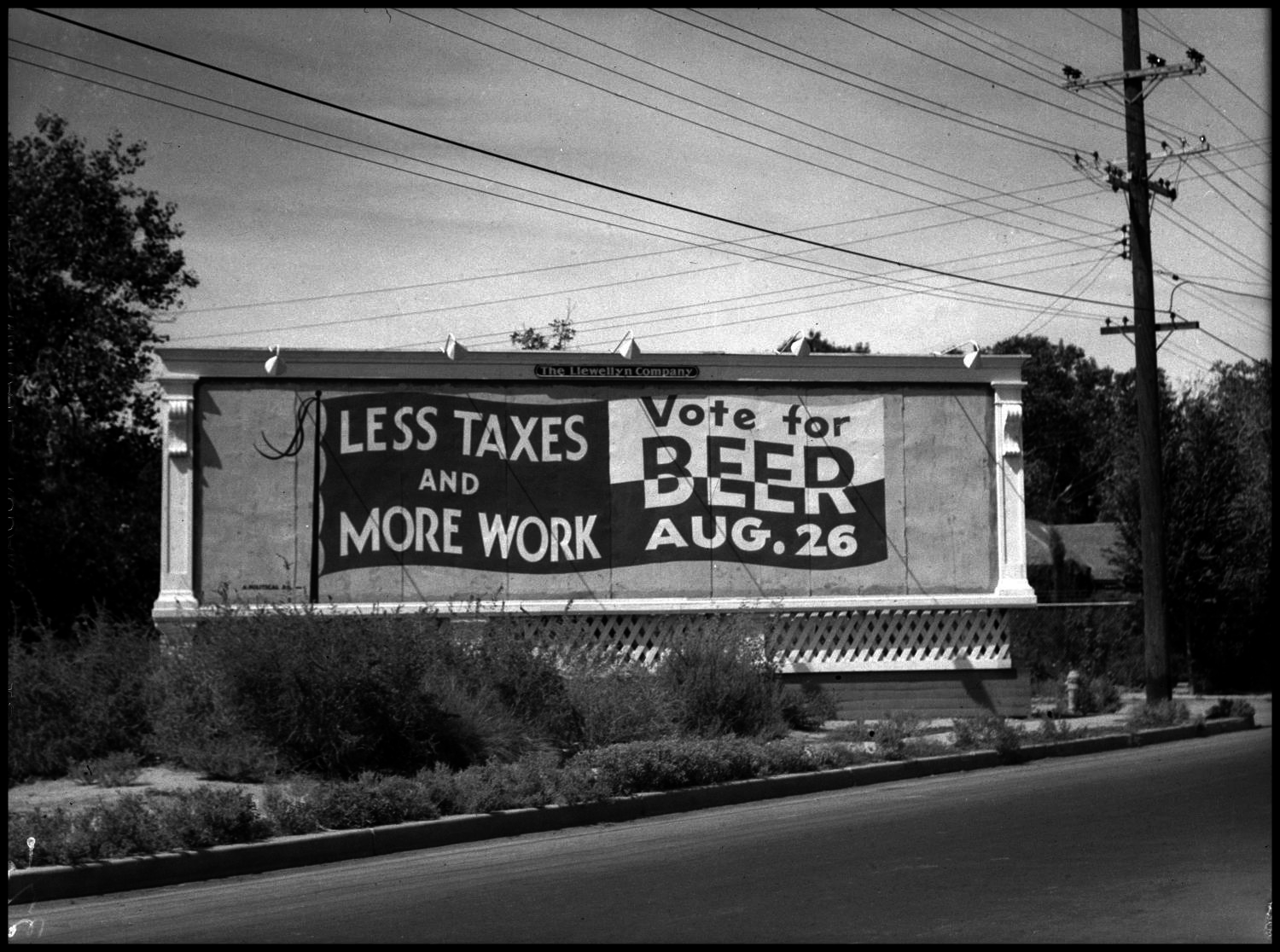 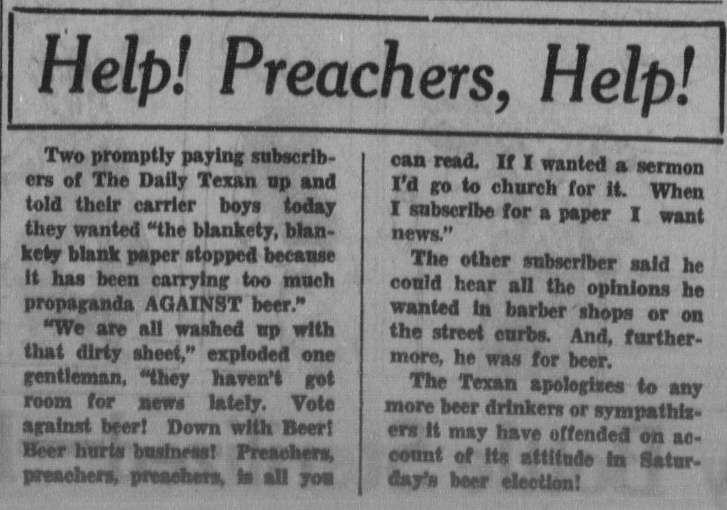 The Shamrock Daily Texan in Wheeler county was being taken to task by panhandle voters in 1934 after coming out against beer. 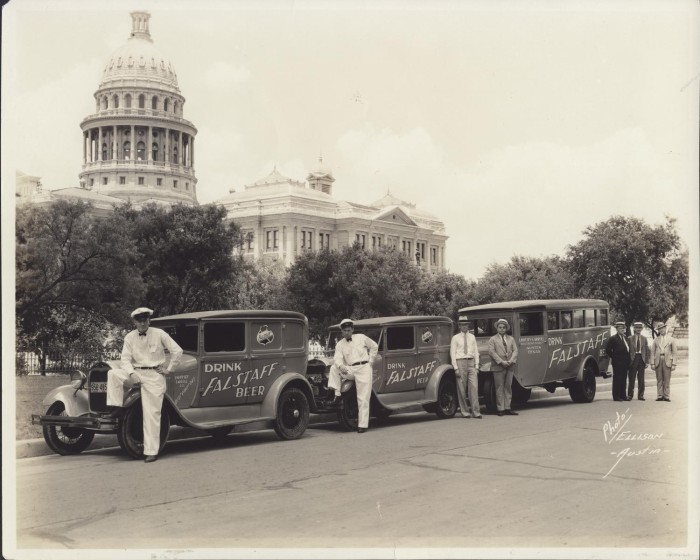 This photo was taken less than six months after the end of prohibition. Falstaff carved out a niche with the sons of redkneck mothers. 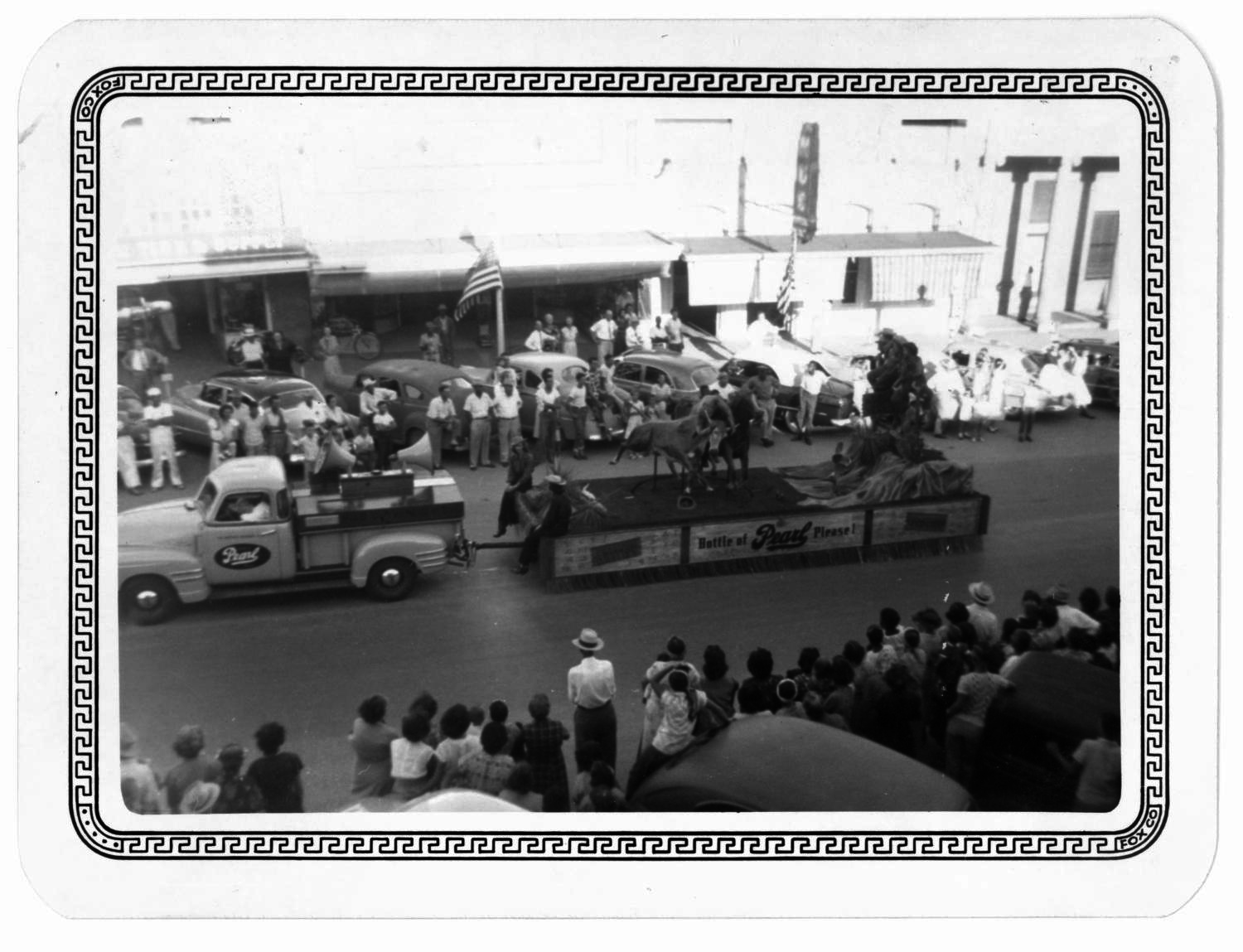 But the Texas market (and Texan hearts) still belonged to Texas breweries. Here’s the Pearl Beer float at the Taylor Rodeo in 1950.

It’s probably a good thing the Spoetzl Brewery didn’t stick with this 1909 slogan. 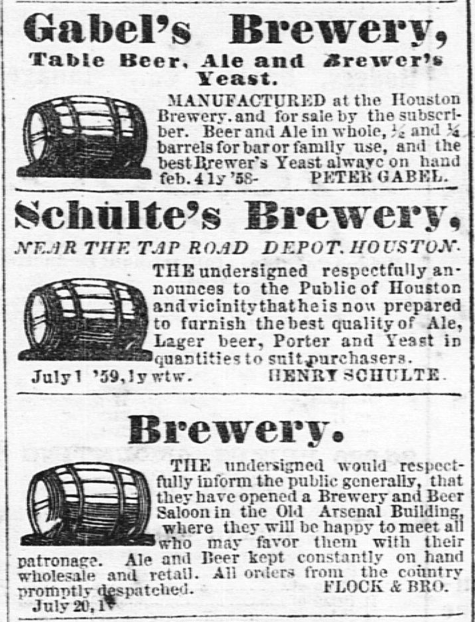 There was plenty of competition in Houston in 1859. Flock & Bro. were eyeing the country trade. 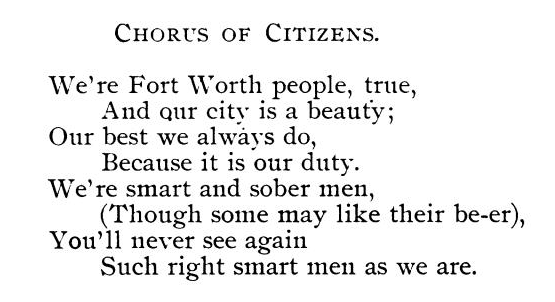 A parody of Gilbert & Sullivan’s HMS Penafore was performed at the Texas Spring Palace in Fort Worth in 1889. Rhyming beer with “we are” is a salute to the Texan diphthong. 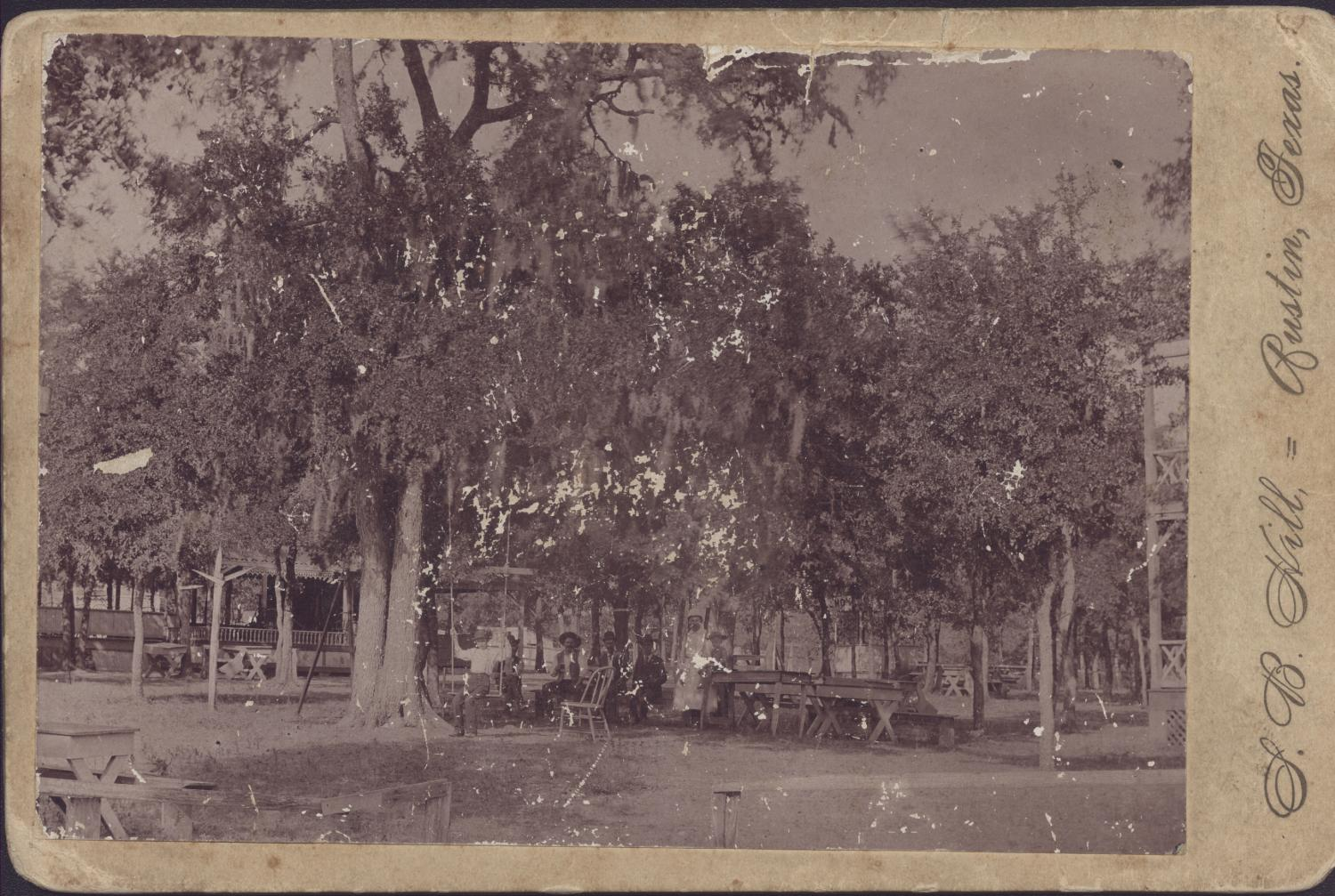 This wholesome 1890s scene is Pressler’s Beer Garden in Austin on the river at Sixth Street. It had a shooting club and an alligator pond.