Can’t get complacent in the Big 12. Complacency is how UH fell from grace back in 1996.

Respect. This is the way.

Can’t get complacent in the Big 12. Complacency is how UH fell from grace back in 1996.

We need fans and we need them like yesterday

Heaven forbid the local newspaper make that part of one of a Series of stories for the move to the BIG12 . Yea it’s a huge problem but lets don’t tell anyone

Baylor is building a new basketball arena. Both are competing to stay relevant with recruits. I think the Big 12 is going to be very competitive.

Tech has the fanbase and donors to get it done. We have got to step up with P5 money in all sports.

Nice looking renderings. Sure beats what UT did. I watched an interview with the UT AD few months ago, he admitted their design was a bit flawed since they have a lounge / bar area where to donors can watch the game instead of sitting in the uterus . He also said UT only had 21000 members ( out of 750,000 living alums ) in their version of Cougar pride. He somewhat blasted the fans as saying they want/demand a lot but not a lot of them put their money where their mouth is

I wonder if boosters are mad that it will block the view of Lubbock tumbleweeds blowing by ?

Heaven forbid the local newspaper make that part of one of a Series of stories for the move to the BIG12 . Yea it’s a huge problem but lets don’t tell anyone

I mean who are they telling? Are they telling us? Are they telling the students that live across from the stadium? Are they telling Houstonians that don’t care? What would be the point of repeating something that everyone knows? It is still a “news” paper, isn’t it? You can’t use shame as an opportunity cost. It doesn’t work. You gotta give them a reason to come. And if winning doesn’t do then you gotta keep moving forward. Our folks are trying but they haven’t found the key.

I was waiting on you Funk

. I read every single article, Twitter post, etc that JD puts out there. I can’t remember the last time he put something out there abt attendance. You just throwing it out there n see if it sticks. Haha. N for the umpteenth time i could care Zero what else that paper fills it’s info with. I use it for SPORTS(digital version) n mostly as mentioned for Coogs & Rockets. As Law97 would say – Case Closed!

Edit: oh n btw as I mentioned AD Pez carried the convo in abt 90% of the article. But you don’t want hear that part. Maybe he told JD - hey I want you to do a piece on our Bad attendance, so it gets some attention. Pez didn’t shy away from issue whatsoever, so… j/s.

No sh*t drove through Lubbock, coming back from Denver about 10 days ago, saw a tumbleweed blow across the hwy in front of my ride

Not sure Who, who is. Again Pez carried the Article n discussed the many ways they are looking to gain excitement for Alums, Coog fans like myself, general HTown College Football enthusiasts etc. Here’s hoping for the best!!

He’s in town Wed for the TD Club

He’s definitely a big motivator. Lot of rah rah in him. Could he be another CTH

I think they are trying. I thought Jesse was referring to a future, hypothetical article.

These 2 guys are former Tech football players and have made very large donations for upgrades to TTU basketball and football facilities. Most likely NIL also. 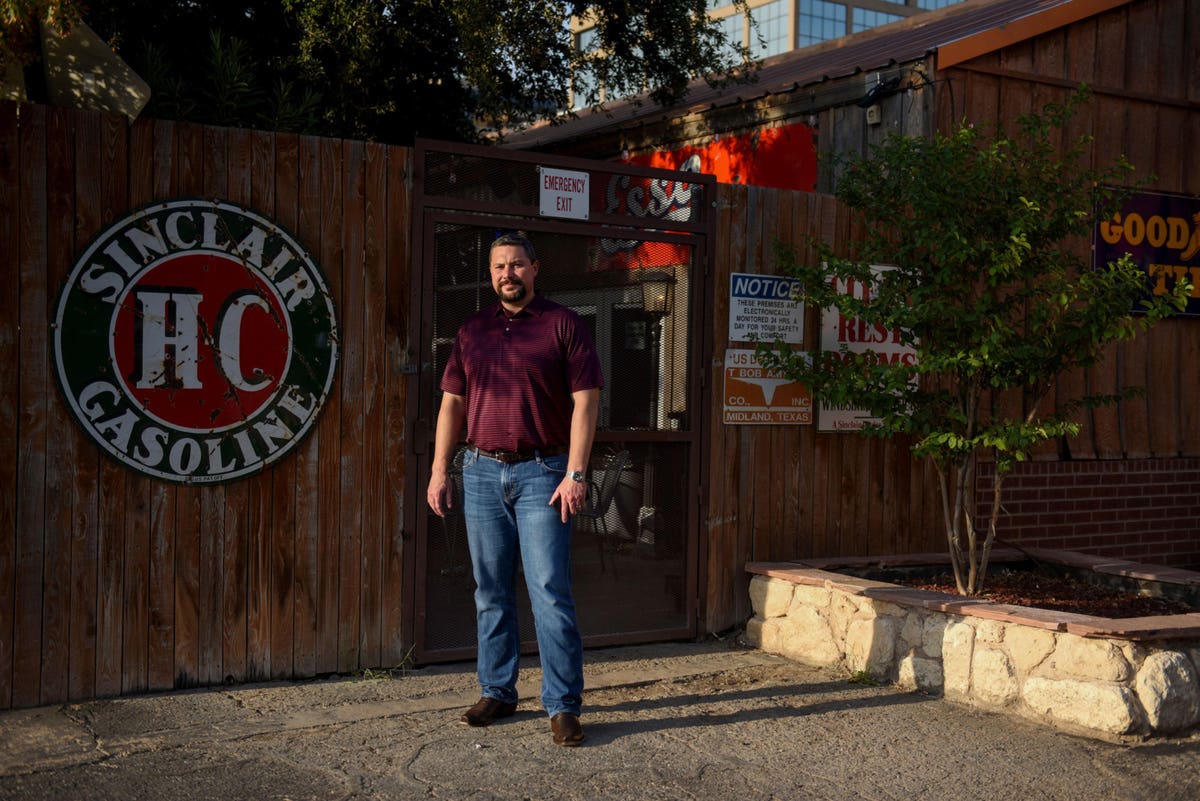 For $6.4 Billion, These Two Young Tycoons Just Sold Their Oil Company To...