The one that got away

Something to think about as we play Memphis late in the year. Kid’s only going to get better.
https://247sports.com/Article/Memphis-football-Seth-Henigan-true-freshman-quarterback--170837425/

So you aren’t happy with Kopp?

We offered. Maybe he didnt want to come here?

He hasn’t played yet so I don’t know. I’ve heard he has great potential. Meanwhile, this kid has won games and did it well.

Can never have too many capable players.

Of course. Would be interesting to know why he picked Memphis.

Must be the ribs.

Oh, man, had to be. Good stuff that is. And music, if he’s into that style.

Maybe is the penny effect? Edit: hah look at who it has for our 3 Speaking of Logan Holgorsen, is he still on the team? I know he entered the portal last year, not sure if he actually left.

I think he ended up at HBU

Massoud was listed as “Athlete” by 24/7 so he doesn’t show up as a QB recruit.

He was on the sidelines with a headset on against Tech.

A long write up on him. 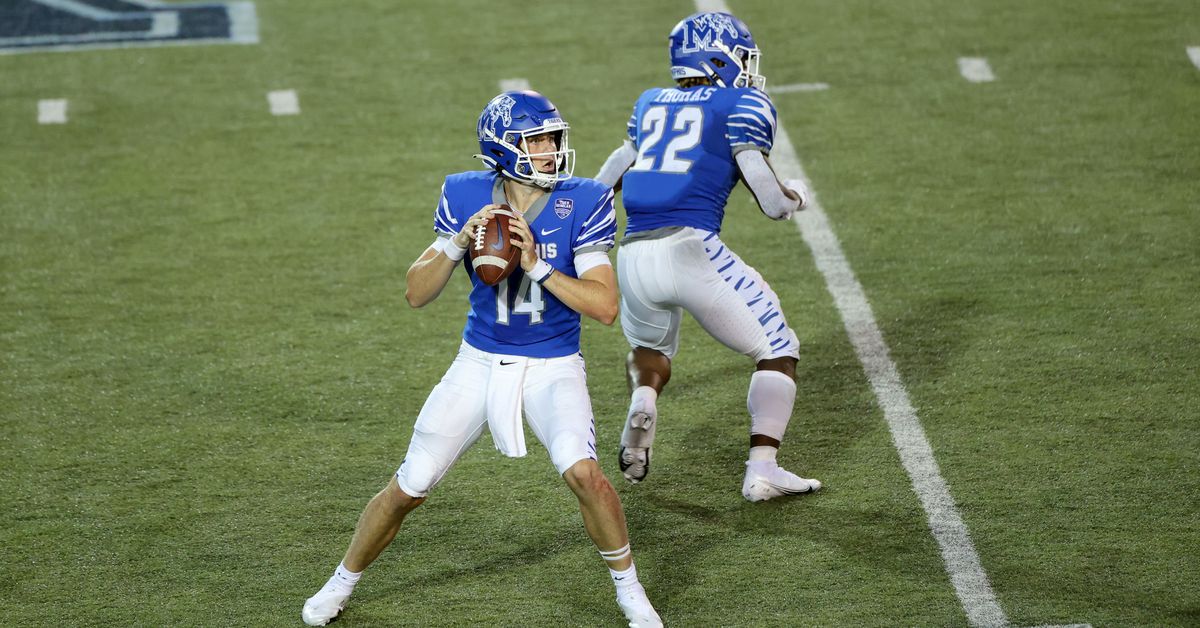 One of Memphis’ biggest question marks entering this year was QB, but Henigan is adding an exclamation point.

He is with the program… Maybe as a student assistant

10 quarterbacks on roster, yet a freshman is starting. Obviously, the other 9 must be really impressive . . . . .