They can't be this stupid

Trying to get away with not doing a Title IX investigation for the alleged rape by the juco transfer Faulk. 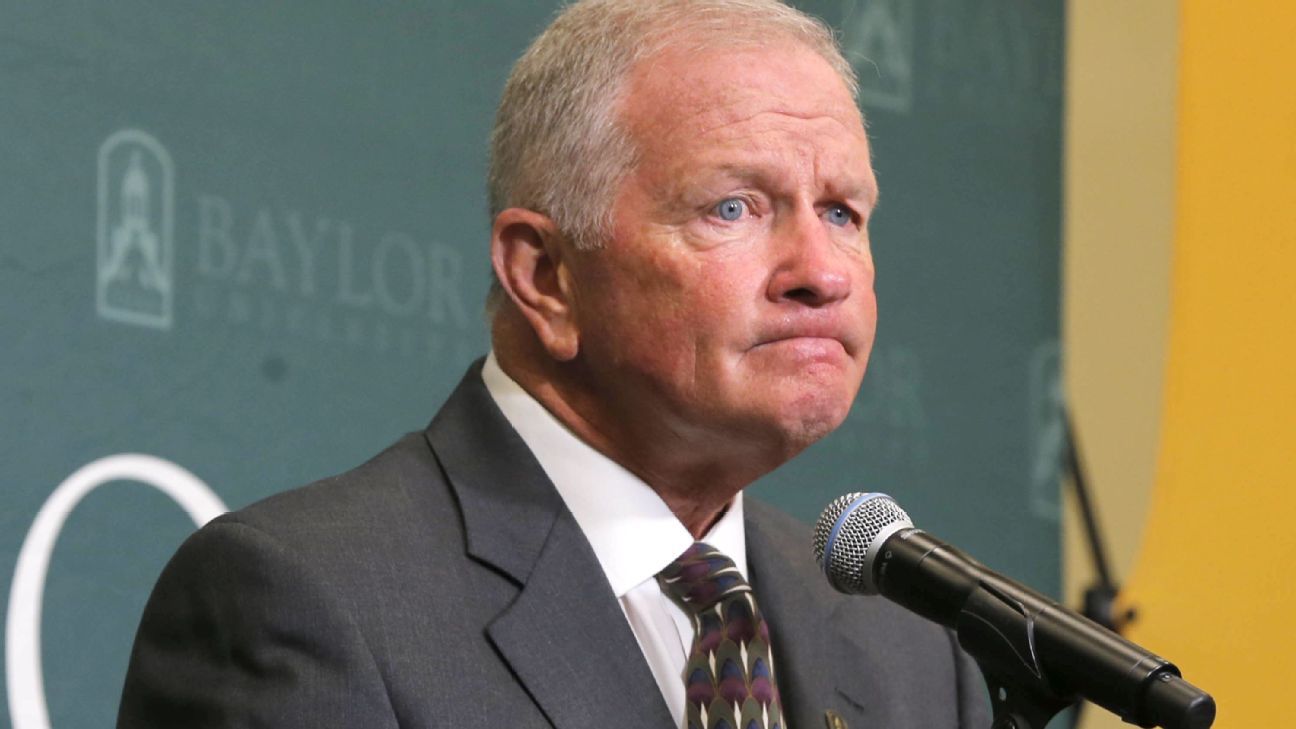 A Baylor spokeswoman told Outside the Lines the university is reviewing the backgrounds of all incoming athletes who have transferred to the school from other athletic programs.

Also twitter rumor is that they’re trying to reinstate CAB next season. Notice he hasn’t actually been fired yet. Just suspended with intent to terminate.

Yes, they can be that stupid and have shown to be in the past.

They’re going to heck. Is it just Waco? Is there something in the water? NCAA will do nothing.

Apparently he wasn’t fired … he was suspended …

One wonders if those others who walked the plank … REALLY DID … and will be welcomed back???

The guy who broke it has been pretty spot on. Seems BMDs are pledging to not give money to Baylor unless Briles is brought back. Note Briles is suspended only to this point, they are negotiating and Briles will be suspended for one year with pay but his salary will be donated to a charity that helps rape victims. Briles will be bought back next season. That is nuts.

They’re going to try to settle all the Title IX suits before any more info gets out. Drayton McLane will again pay to make it all go away.

I got word that came from a parent of a 2016 Baylor commit that Briles will not be fired and will be returning. I just assumed they were lying to the kids to try to make sure they start playing at Baylor and hope it blows over. Doesn’t shock me that they actually try to bring him back.

Oh yes, they are, indeed, that stupid; and what’s more, I’ll bet they get away with it too! Who is going to stop them? Uncle Drayton will put up all the money necessary to buy everyone off. Just watch!

These are the same people that say Ken Starr was demoted to Chancellor. Briles needs to go. If this happened to my university, I would be ashamed.

If they get away with this, the media better destroy Baylor

It would devalue almuns degrees. It would force the big 12 to kick them out.

They are following the Penn State playbook but with more aggressive goals. Then again, Paterno passed so there could never have been a goal to bring him back.

Oh how Baylor yearns for the Devil’s nectar. Of course alums would want him back. When he’s around, the Brazos looks as blue as the waters off Hawaii.

Baylor has truely danced with the devil, I doubt they get into bed with him, and bring Briles back. It would be a PR disaster, not to mention a slap in the face to the victims…

Did anyone else see the blurb that mentioned the BOR at Baylor would never release the full Pepper Hamilton? I wonder why that is?

I wonder how many “signatures” you could get to on a change.org petition for Baylor to do the right things in this mess.

Stupid is as stupid does…

After reading the thread on BaylorFans, they are that stupid…

And no mention of the victims…

If Baylor settles the law suits, they refuse to release the pepper hamilton report ans stick to the vague statement of fact then the door is open.

It will be done quietly. Grobe will step down next spring or promoted to AD. Brile will be awe shucks i was wrong, i learned so much from taking a title9 class, i hope the six million i gave to help rape victims was used to make a difference. He will be back to being a proud baylor bear.

The ncaa cant stop it, you can get all the signatures you want but they cant force a change. The Baylor board is already almost 50/50 on firing Briles and as more time goes by the reality of trying to bring back Briles seem more probable.

If they wanted to fire him for cause they would have by now. It is clear they now are likely working it out to not fire him.

This is not stupidity it’s called vanity. They think they are above all laws. They don’t give two whips about women. I would never ever send my daughter there. Even if she had a full ride I would not let her go there. Just sick.

As awful as the Penn State scandal was, at least their reaction was to dismiss the coach and completely turn over the staff. You can say what you want about PSU’s actions prior to 2011, but they did a good job cleaning house and showing the CFB world they were going to do everything in their power to change what had clearly been a culture of silence around a revered former coach who was doing evil.

What has the Baylor reaction been? Dismiss a chaplain and a support staff member, NOT EVEN TECHNICALLY FIRE THE COACH ABOVE ALL THIS, and let the two top admins get cushy exits. It’s unbelievable.

I always say my 3 favorite teams are: the Coogs, whorn opponents and notre damne opponents. I think baylor opponents are now my #2 team.

Will they now change their options and want back into the program??

The NCAA will not penalize the cubbies nor will the Big12 since they consider this an internal matter to be handled by the Baylor admins.