A bunch of Smurfs will declare and run out of money. So, it’ll be Trump in 2024 vs Biden or somebody else.

The general public is pretty tired of the chaos, so winning the general election will be uphill for Trump. All the swing states leaned D this time, Trump candidates winning almost exclusively in Red states.

Graham tweeted that Trump could keep the same tone as tonight and have success, but he’ll be howling within the week because that’s what he does. It’s pathological, and the general election voters won’t buy it unless the country is totally in the dumpster.

Biggest mid-term failure for the out party in close to 100 years. 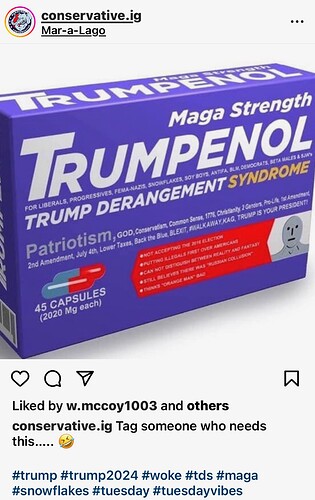 Thanks for your service! Look at what happened in the swing states with Trump candidates. Losers. So much losing. Sad.

zikabob your pelosi is about to get fired. The second she is your banana republic Jan 6th commitee is no more.

Keep calling me that and I’ll guarantee to thank you for your service on every post you write. I’m retired, so I have the time.

Engage me with sound reasoning, not memes and slogans. Your choice. We can both enjoy arguing the next two years or it can be exhausting. Your call. I’d rather discuss things with you than banter in a childish manner.

Are you better off tonight or two years ago?
Simple answer for you and everyone.

I am better off. Do you want to sh!tpost or debate the issues. Make up your mind.

We will be out of the recession by 2024 and most of the economic news will be good. If Joe was gonna preside over a recession, the timing is perfect.

Are you better off tonight or two years ago?
Simple answer for you and everyone.

Yes, I am better off tonight. Thanks for asking.

The possibility of a defanged Russia is real, to include Putin being ousted. All without a single US troop seeing action. That would be the biggest foreign policy win since the breakup of the USSR.

Trump will be the candidate. Like Biden, he’ll run on his record, which didn’t work for him in 2020. And the Democrats will be more ruthless in attacking it, unlike the focus on policy in the 2020 election. Gonna be an interesting two years.

Let me break it down for you…

Inflation - yea it hurts but I certainly could be more frugal, also I did get some inflationary wage increase
Gas prices - I don’t like them but I also work from home mostly so it doesn’t hurt too much - also I know the President doesn’t control the price of gas today, can only influence future prices
Fuel cost - isn’t that the same thing?
Unemployment up - Fortunately that’s not a problem for me, plus in my industry I have recruiters knocking on my door constantly

Let’s see…
two years ago…
I was on a sabbatical at 20% of my wages (I chose to take it)
I was struggling with keeping my head screwed on straight.
I was performing poorly at work and not entirely happy
I was living with my parents again temporarily (by choice)
I couldn’t get Cougar Basketball tickets so I watched games on tv

Tonight…
I live in my own place, work is going well and I’ve gotten promoted and raises. A lot happier at work, have basketball tickets again.

Yes, I am better off. The only problem I’m having really lately is the increase in anti-semitism which I would expect to get worse under Trump as many of his supporters (including some on here) spout that ideology. Oh, and our football team’s overall performance, that’s a downer.

Gonna get crazy. Expect Trump to be back on FB by January. Twitter even sooner. Elon wants that traffic.

Facebook's fact-checkers will need to stop fact-checking former President Donald Trump following the announcement that he is running for president, according to a company memo obtained by CNN.

Yep, i am better off.

We preserved democracy at the mid terms…we are all better off. 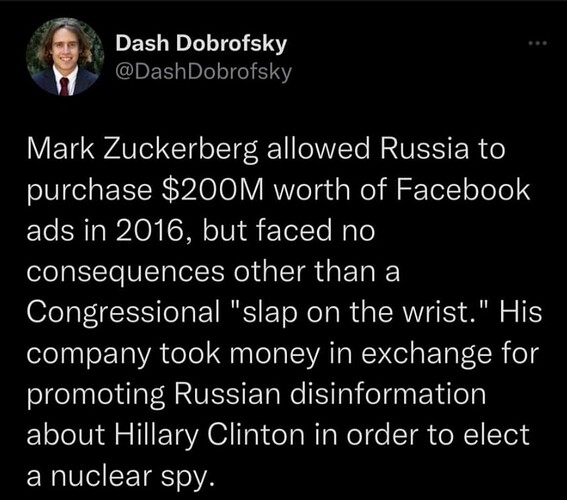 One million in graves say, “No, not so much.”

Just a fundraising ploy to victimize the ignorant.

He’ll have plenty of time for speech writing while incarcerated.

I got off of Facebook a year ago. Peace of mind. They can now turn their fact-checking energies to the idiots posting on FB. But who am I to say. They have degrees in memeology.